Dr. Robert Irving Sarbacher is considered a very popular scientist. Some of his works are still used today. It was he who, in 1983, said that the United States had at their disposal not only the wreckage of UFOs, but also the bodies of aliens. 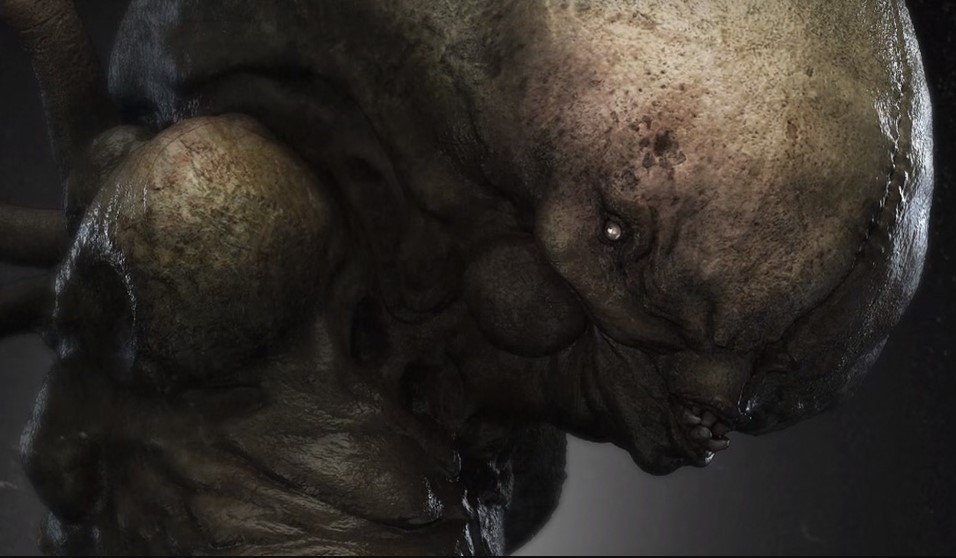 In 1983, the scientist was asked a question by UFO researcher Bill Steinman about what he knew about the 1948 UFO crash in New Mexico. Sarbacher’s response shocked Steinman, to say the least:

“As for verifying the involvement of the people you listed, I can only say the following: John von Neumann was definitely involved. Dr. Vannevar Bush was definitely involved, and I think Dr. Robert Oppenheimer was also involved in the alien technology program. I got some official reports when I was in my office at the Pentagon, but they all stayed there because we never had to take them out of the office. I know that some of the materials rumored to have come from the flying saucer crash were extremely light and very powerful. I am sure that our laboratories have analyzed them very carefully for the purposes of studying retro technology.” 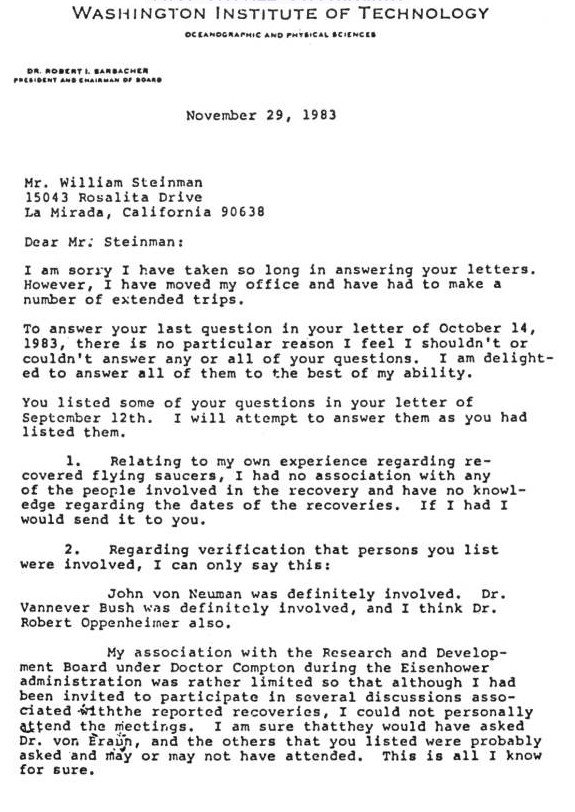 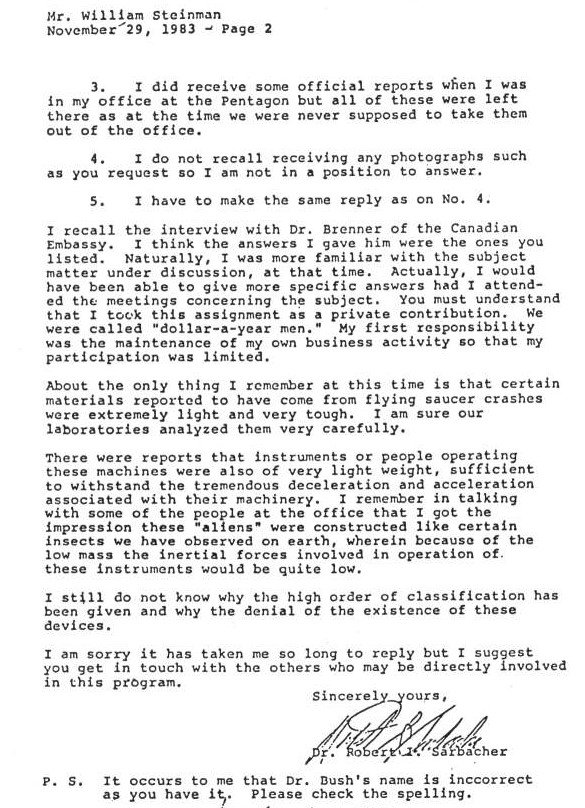 “There have been reports that the creatures flying on these planes were also very light to withstand tremendous deceleration and acceleration. I remember how, in a conversation with some people in the office, I got the impression that these aliens were similar in their parameters to insects, while due to the small mass of these creatures, the inertial forces involved in the operation of these aircraft did not. negatively affect these drivers. I still don’t know why a high degree of secrecy has been guaranteed and why denying the existence of these devices has become the main objective of the state “. 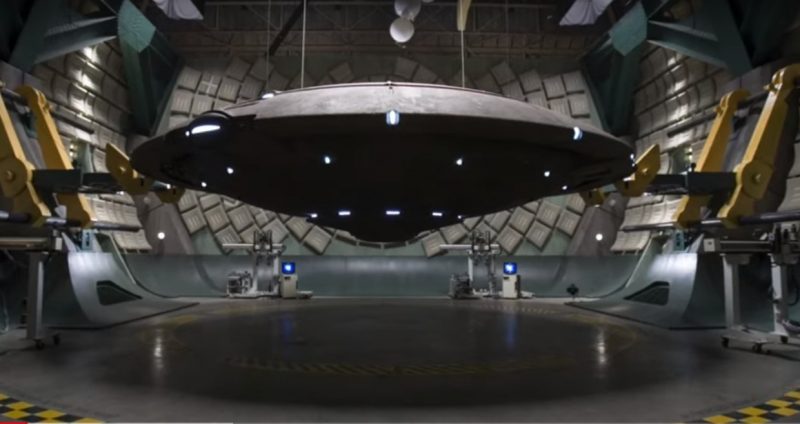 The scientist said he received some officially confirmed reports while working at the Pentagon but they all stayed there because it was forbidden to take them out of the office and therefore a national security issue. Some of the materials were obtained after the crash of the flying saucers.

At the same time, the scientist is sure that the Pentagon labs have carefully analyzed them. Reports indicated that the flying saucers were light but incredibly powerful. The creatures that controlled them were also light. Most likely, their light weight is due to the fact that they can withstand the deceleration and acceleration of the aircraft.

After talking to some of his colleagues, the specialist got the impression that aliens somehow resemble insects. They were light, but at the same time they possessed incredible strength. Robert Irving Sarbacher also added that he does not understand why the government is hiding this information from the public.

In this article:alien bodies, UFO wreckage