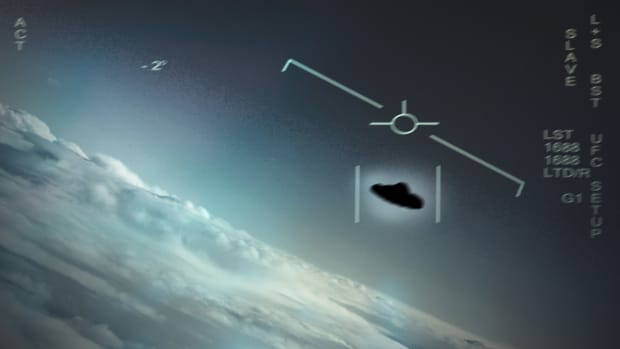 The video of the Nimitz’s Tic-Tac ufo subjected to analysis conducted by the SCU (Scientific Coalition for Ufology) confirmed that the performance of the Mysterious object, far exceed any logical explanation able to explain it with traditional physics. The ufo taken on November 14, 2014 over the Pacific Ocean, at the moment it remains a mystery that is difficult to decipher.

The report of the Nimitz accident composed of 270 pages, brings to light only a small part of the incident, in fact, it reports only some of the testimonies of eyewitnesses, the exchange of emails to ask scientists for the official documents, of which they have been denied by them, and the assessments related to speed, acceleration and size of the object.

In fact, the Ufo was not one, but in all there were about twenty sighted both in the days before and on the same day the FLIR video was made where they were moving in the airspace off the coast of San Diego in the middle of a Navy exercise American.

A potential threat, by virtue of their way of moving defined as impressive by those who have seen them personally and on a radar screen, and with the unusual ability to descend or climb in an impressive way, for example, in less than a second to go from 80 thousand feet to 20 thousand and then go down, until it touches the surface of the sea.

The experts of the analysis try to reconstruct what happened that day, on the basis of the declarations of the military involved. hints on the images recorded in the video of the so-called Tick, of the study produced by To The Star Academy, of the report compiled by Intelligence within the AATIP program.

Interestingly, the study by the Scientific Coalition for Ufology began long before the article appeared in the New York Times, published in December 2017, which disclosed the Pentagon’s secret program to investigate any advanced aerospace threats (which is why Trump soon after signed the Space Force approval) and two of the three videos taken by the Navy pilots.

Specifically, radar data, logbooks, conversation logs, coordinates, images, official reports were requested. Each time, the application was rejected. The only information released – after a long dispute to the point of even involving a judge, was the spread of emails which showed that various Navy officers were aware of the episode, most of them on leave.

The history of Nimitz UFO was a well known fact in certain military circles. In 2007, a video similar to FLIR was posted on the web (to be later removed) on a German site and ended up at the center of a discussion as to its authenticity. Evidently, the video was not a fake at all, but a copy of the footage made by a military man who had taken a good risk in duplicating it and then circulating it on the web.

But the video had not escaped some witnesses of the sighting, who had commented on it among themselves to then be deleted and blacked out .. In March 2015, then, a former military pilot named Paco Chierici had told on his blog every detail of that bizarre sighting explaining that the source was indeed a close friend of his, former commander Dave Fravor, the main eyewitness.

UFO video has been cut

According to what emerged from the witnesses, the original video, taken by the AT-FLIR camera mounted on the F / A-18F Super Hornet, was not only much longer than that issued by Department of Defense, but it was also sharper and contained much more information.

But not only that, the video and the radar tracks together with other documents on the incident would have been taken, by non-uniformed government agents immediately after sighting. Basically, much of the sensitive information of that phenomenon I’m not anymore present in the Navy Archives. Who took them? Who manipulated the videos?

The results of the analysis made at the UFO

It is estimated that the size of the object was 15/18 meters, on the other hand, regarding speed and accelerations they are almost absurd, that is 105 thousand miles per hour of speed (we are talking about 200 thousand km / h), with an acceleration greater than 12 thousand times the force of gravity, something out of the ordinary since the Tic-Tac would have needed an energy comparable to that released by a tactical nuclear weapon.

In this article:Scientific Coalition for Ufology, Tic-Tac UFO