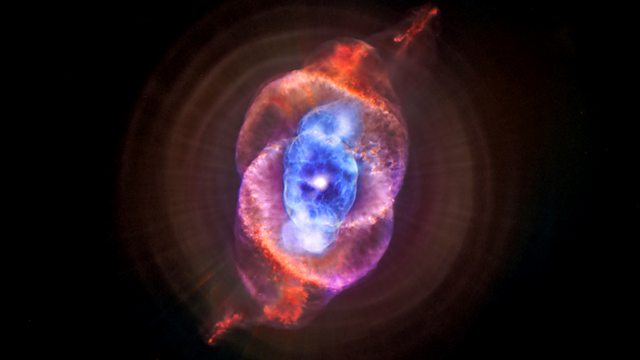 Native Americans have often united in this beautiful location in Arizona to defend the sacred mountain of the Apaches. For more than 30 years, controversy has raged over Mount Graham, the highest spiritual place for all Apaches.

The mountain was desecrated by the construction of a large astronomical observatory in which the Vatican and the Arcetri observatory participate. Protests around the world continue after many years and currently the local police prohibit the natives themselves from visiting this site and therefore staying away to avoid arrest.

In the difficult struggle of Native Americans for the survival of their culture and their traditions, yet another battle has taken place and is still taking place, which began quietly and landed in the headlines. It is the battle of the Apaches to save Mount Graham, the last sacred symbol left to this proud people.

Mount Graham is located in Arizona, near Tucson, near the Apache San Carlos Reservation. With its 3,200 meters of height it is one of the highest peaks in Arizona, and above all, for the Apaches it represents a sacred place. In their language it is called Dzil Nchaa Si’an, the big mountain sitting, due to its particular profile. Here the ancestors of the Apache are buried, here the “medicine-men” or medicine men, collect herbs for therapeutics; here Apache shamans perform sacred rites.

But this sacred place was desecrated by the construction of one of the largest astronomical observatories on the planet, which is made up of seven telescopes. For more than 20 years now, since the first mine for the construction of the foundations was set off, the Apaches have led strong opposition. The top of the mountain, the part considered most sacred by the Apaches, has been closed to access and the Apaches are also forcibly removed from their sacred place.

Mount Graham is a naturalistic oasis of great geological importance since it is the last example in the area of ​​the ecological habitat existing in the last ice age. Inside survive several species of animals and plants in danger of extinction. Therefore, both American and European environmental movements have lined up alongside the Apaches. For decades, a battle has been waged for the defense of Mount Graham which brings together Indian tribes, environmental movements and organizations from all over the world. Even the workers of Ansaldo in Milan went on strike in protest against the project, refusing for many months to participate in the construction of the Italian telescope. The project, however, had been slowed down, but not stopped.

The most discussed telescope is the LBT (Large Binocular Telescope), or commonly called LUCIFER 1, has been the subject of criticism and disputes from all over the world because, despite being a pharaonic project, it has presented numerous construction defects that have slowed down its installation and operation. But above all, the main cause of the dispute is the choice of the place, which proved unsuitable for an observatory. The site in fact has poor visibility and unsuitable for astronomical observation. 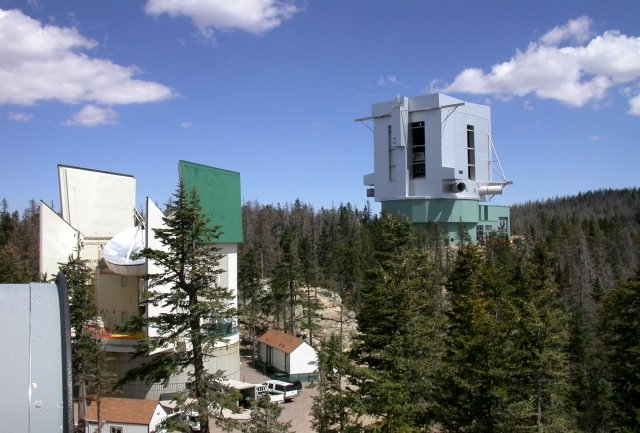 “Mount Graham is the home of the spiritual messenger of the past, Ga’an ”says a local native. “Ga’an is the spirit that dwells in Mount Graham, known today as the spiritual dancer of the Apache Mountain, on which the Apache People, from the time of our Ancestors to the modern generation, depend for the ceremonies and for the survival of the our culture. “

In October 2004, all the major Italian newspapers gave great prominence to the inauguration of the Large Binocular Telescope, the largest binocular in the world, built on Mount Graham. Only in some of these newspapers was the protest of the Apaches mentioned, for whom the international observatory represents a serious profanation. But the tragedy of the Apache has been dismissed with a few words and defined as an “obstacle to overcome”: 20 years of struggle, with the support of non-governmental organizations from all over the planet, reduced to a few lines of news, moreover inaccurate.

The Vatican has decreed that the place is not sacred. And with what authority?

It is ridiculous and shameful that the Vatican has declared that it will continue to operate in the project as it believes that the place has no characteristics of sacredness, according to the statement made by Father George Coyne, director of the Vatican Observatory. How does the Vatican allow itself to declare the place non-sacred? Why did the Vatican, the church, make a contract with God? Also the Jesuit Father Coyne declared: “the will of the Apache to defend the mountain is a type of religiosity that must be suppressed with all the strength that can be gathered”.

It is unheard of that the University of Arizona, together with the Jesuits and with the support (and arrogance) of the Vatican, has even denounced the religious beliefs of the Indian peoples of America in court, appealing to the thesis according to which freedom religion does not exist for Indians (The Independent Native Journal – May 2001). 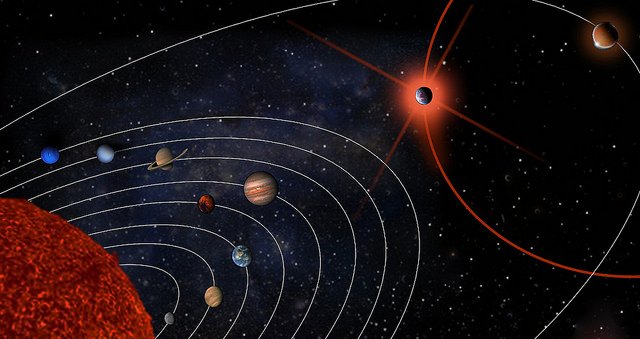 The LUCIFER 1 telescope became operational on April 21, 2010, and therefore owned by the largest religious organization in the world, the Vatican, inaugurated a year later, another telescope, the Vatican Advanced Technology Telescope (VATT) created in collaboration with the University by the Arizona and financed by the Vatican Observatory Foundation thanks to donations from the American faithful. Why all this rush to build these telescopes in a very rushed time? We recall that this type of telescopes is used to observe very distant space objects and approaching space objects.

From the statements received by some researchers, the Vatican Observatory Foundation would have built this telescope for the same reason that the Sky Hole and the IRAS and SILOE Space Telescopes were designed, that is to hunt down a planet called Nibiru, which would orbit around a small Brown dwarf star (companion of our Sun) called Dark Star.

These objects can be detected with the help of LUCIFER and VATT – a beastly set of super-cooled infrared cameras, also known as the Utility Large Binocular Telescope infrared that with its powerful and sensitive camera, manages to capture spectacular images for account of Extragalactic Research.

The first camera was mounted on the LUCIFER 1 telescope in 2010, while on the VATT telescope it was mounted in 2011. According to some reports, the ultimate of powerful telescopes, the LUCIFER II should be completed and installed by the end of 2015. But why did scientists choose to call the telescope by a name widely known as Satan when it could be baptized otherwise? And what is the Vatican’s involvement with the Lucifer project?

Tom Horn and Cris Putnam (authors of the famous Exo-Vaticana book) had publicly announced that Pope Benedict would resign early, should the Vatican request it due to his uncomfortable claims for some strong Church powers. 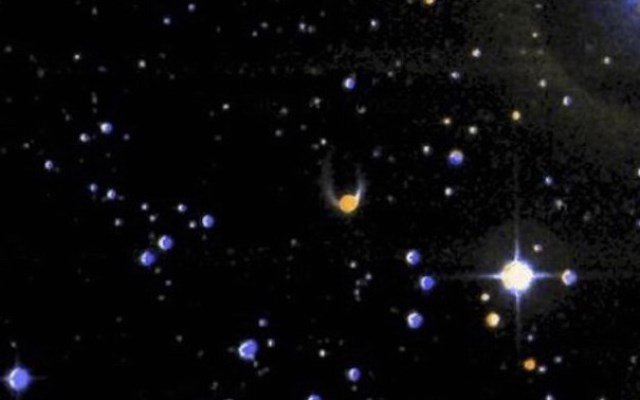 Mount Graham is where the Jesuits admit to monitoring something that appears to be approaching the earth.

After the authors published their Exo-Vaticana book, the Pope’s famous astronomer discussed the question of the mysterious radio waves on the official website of the Vatican Observatory to explain what is happening with the new theology relating to possible extraterrestrial presences and with the mysterious LUCIFER optical device, which is currently operating on Mount Graham. He announced that their doctrines are developing regarding extraterrestrial life and the impact it could have on Christianity.

Now, armed with new information gleaned from Native American peoples, the authors have unearthed their even more surprising discovery. Mount Graham is said to be a portal, a Stargate to another dimension, which would not be the only one to be managed by the Vatican. 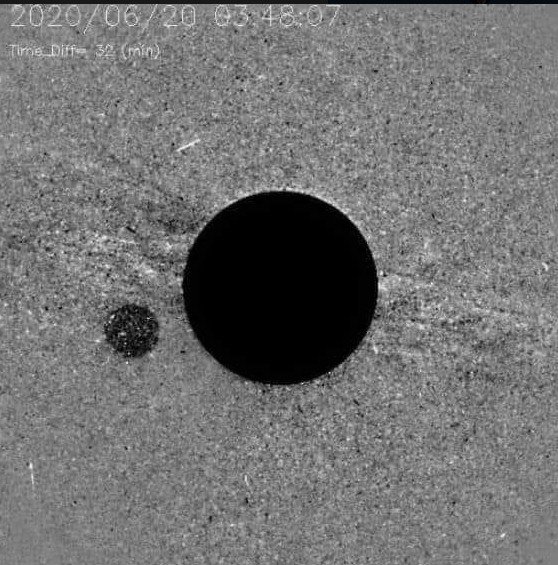 What does Mt. Graham really hide? Why are NASA and the Vatican working together in these isolated but sacred places to Native Americans? What does the Bible say about the Portals or Stargates and the beings that might be hiding behind them?

The ancient stargates and their association with swirling displays of energy could be explained by studying the sites of Gobekli Tepe and Baalbek, where the secrets of the next immortals would be hidden. Has the countdown for the return of the ancient creators of mankind begun?

This is one of the many statements by the famous Jesuit, issued to the journalist and researcher Cristoforo Barbato:

“What I can say is that the telescope was built in 1990 with the aim of studying ‘anomalous’ celestial bodies approaching the earth, similarly to what, for example, the CIA, which among its many ‘secret eyes’ includes the telescope. Hubble’s twin, SkyHole 12. Furthermore, the SIV (Vatican Secret Service) was warned during the meetings with Pius XII of the approach of a celestial body to the solar system hosting an evolved and very warlike alien race. I soon learned that the material I had to receive here in Rome and process on the computer was very interesting and very secret. It was during the processing of some data and information coming from this radio telescope that a probe sent into remote space, included in a space exploration program started in the early 90s called SILOE, had photographed a planet of enormous dimensions approaching to the solar system. The data was received in Alaska in October 1995.”

The Lucifer 1 project is therefore managed by the Vatican, the University of Arizona and a mixed group of Germans and Italians.

Lucifer’s innovative design would allow astronomers to examine in unprecedented detail, such as star-forming regions, which are commonly hidden by clouds of dust.

But this new instrument, which is the largest optical telescope in the world, the Large Binocular Telescope on Mount Graham, allows astronomers to observe any object of very dim luminosity (coincidentally…). The instrument is extremely flexible, combining the large field of view with a high resolution.