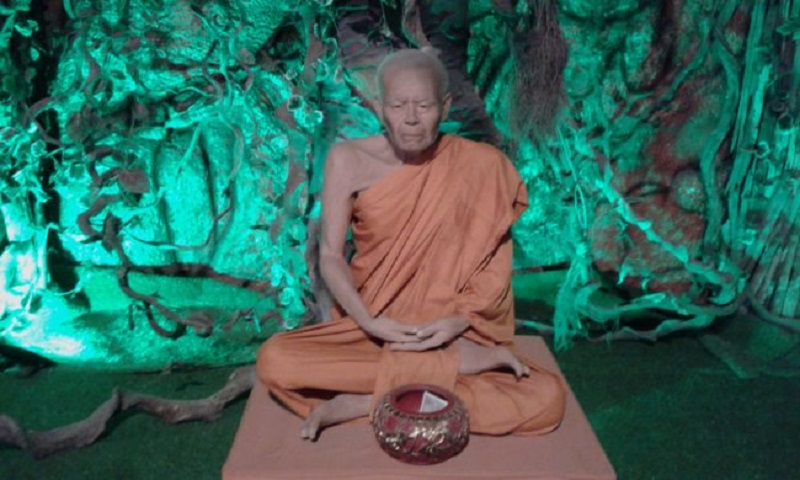 In Buddhism, monks often practice samadhi. The bottom line is that physical death, allegedly, does not occur, and the body goes into an altered state.

At the moment, science is aware of about 600 servants of God who have conserved their physical shell. The most famous person who has achieved samadhi is Dashi-Dorzho Itigilov.

Scientists examined his body and came to the conclusion that the monk could not be called dead. Body temperature is about 23 degrees, during prayers and services it rises to 34 degrees.

The joints are soft, not stiff, the skin is bulging, some sources report a slow heartbeat (1 beat in 2-3 minutes) and breathing (1-2 breaths per minute). At the same time, there are no signs of decomposition on the body, although no one took out the organs, and according to all the laws of chemistry and biology, it should have begun to smolder. Believers consider this a miracle, a sign from above.

Scientists point out that Itigelov was preparing for a long time to leave for another plane of existence. He ate coniferous needles and cones, and also literally chewed and swallowed a large amount of resin. Thanks to this, it was possible to achieve some conservation. So perhaps there is no miracle here, just enlightened monks, reaching a state of absolute peace, leave the body. This is death as such, the difference is only in the method and choice. In this case, the choice is realized, they understand that there is nothing more for them to do here, and they will not be able to achieve anything else in this incarnation.

Their bodies remain incorruptible because of their righteous way of life, due to the fact that they kept the body clean all their lives (they ate only clean food, received enough universal energy). It is unlikely that they will be able to return to the already withered bodies. There are readings on the shelter of the Atlanteans, where their bodies are still buried in the form of mummies, the monks could have kept the secret of this place in the hope of someday seeing them come, but this did not happen, and it seems to unlikely to happen.

Researchers recently found six monks in a state of samadhi in a Tibetan temple. Outwardly, they were just sleeping, but it turned out that men have been sitting in the lotus position for more than 1000 years. This is surprising, since there is high humidity in that region almost all year round, and the deceased body should decompose quite quickly. Scientists were allowed to examine one of the monks.

He had an MRI of the whole body. Doctors did not find any traces of smoldering or decay. Moreover, when they tried to take samples for further study, a small amount of blood came out of the wound, but it was liquid! In some incomprehensible way, in the conditions of the humid tropics, the monks survived unharmed. The only thing is that they were coated on top 2 times a week with ordinary oil so that insects do not cause harm.

Body temperature was kept at 17 degrees. Heartbeat and respiration were not recorded. But rigor numbness has not happened for so many years. And the most amazing thing is that no essential oils were found in the blood, which usually enter the body while eating pine needles and resin.

Modern abbots of the temple believe that the monks plunged into such a state thanks to prayers and meditation, but it is quite possible that they could not do without some kind of potion of immortality or an elixir of eternal life.

Unlike most of us, monks are closest to spiritual manifestations, and Tibetan lamas have thousands of years of experience in research and practical properties of the Divine instance, called the soul. The Supreme Lama even obliges his followers to look for his soul (after the death of the body) in a boy living in a certain area of ​​Tibet. That is, lamas who know about the transmigration of souls (reincarnation) look for a “cast” of the soul of the supreme lama in a child who himself knows about transmigration.

In the case of preserving the body in Buddhism, actions and rituals are used that are known only to the enlightened and completely inaccessible to the layman. If we logically comprehend this “process”, then it includes both lethargic sleep, and psychological “tuning” to turn off body functions, chemical “loading” of embalming, and many other techniques and rules.

The conversation about the immortality of the soul, its path in space after leaving the body ends only with vision, about observing your body from the side, usually from above. Some who came back to life saw a bright, but not the blinding light at the end of the spiral tube through which the sight swept at incredible speed. The station they arrive at is different for everyone. And what the lama sees and hears after immobilization, we can only find out after he wakes up.

In this article:samadhi, Tibetan lamas