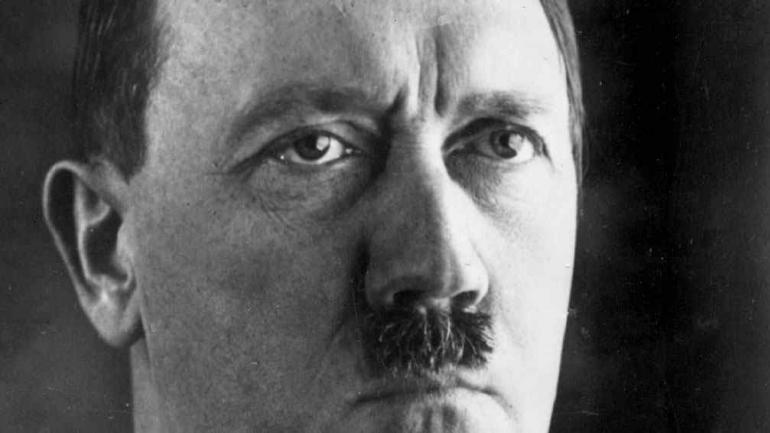 Hitler did not commit suicide once the war was already lost, but rather escaped to Argentina and visited several South American countries with different false identities, including that of Kurt Bruno Kirchner that he used during his stay in Paraguay, according to a book by the Argentine journalist Abel Basti.

“In the footsteps of Hitler” is the definitive investigation into the postmortem exile of the Nazi leader in Argentina and other countries in the region, which Basti published in the Planeta publishing house and which summarizes 20 years of hard work.

The Führer, who according to the official story took his life with a gunshot to the temple, actually fled from Berlin besieged by the Red Army and arrived, by submarine, in Argentine Patagonia where he lived in a field near the city of Bariloche under the name of Adolf Schütelmayor, says the writer in his latest book.

Basti, who heard for the first time in 1994 that Hitler had arrived in Argentina weeks after the end of World War II, told Efe that at first he did not believe it “because he had the official truth in his head.”

“But as I moved around in southern German circles, and other parts of the country, I began to see that possibility. And I ended up believing it when I began to interview witnesses who had been with Hitler in Argentina, ”said the author.

The journalist, based in Bariloche, assures in his book that Hitler “did not live in cloisters” but that he moved with total freedom not only through Argentine territory, but also through countries such as Brazil, Colombia and Paraguay.

The escape of the German hierarch “would not have been possible without a military agreement between the Nazis and the Americans, which consisted of the departure (from Germany) of men, foreign exchange and military technology to reuse all this against communism, in exchange for immunity to the Nazis and the recycling of these in the North American war strategy ”, Basti explained.

According to the writer, the main intelligence agencies in the world, such as the American CIA and the British MI6, had reports and photographs confirming the presence of Hitler in South America after 1945.

Basti affirmed that “what the secret services did was report their presence, but not act for an arrest” and that “it is obvious” that, if they had wanted, they could have captured the Nazi leader since “the documents show it.”

During the first two terms of former Argentine president Juan Domingo Perón (1946-1955), Hitler lived on the San Ramón farm, about 15 kilometers from Bariloche, which he reached by train from the Patagonian coast.

Numerous are the testimonies cited in the book that corroborate the Führer’s presence in the region, claiming to have been with him or to have a relative who had a close relationship with the president of the Third Reich.

Such are the cases of Eloísa Luján, who was one of the “tasters” of the food that was served to the Nazi to ensure that it was not poisoned, and Angela Soriani, the niece of Hitler’s cook, Carmen Torrentegui, in the time he spent on the southern farm.

The presence of the German leader in that corner of Patagonia was an open secret, “it was not that everyone knew that Hitler was on that farm but those who did, for some circumstance such as being employees of the farm, minimized the issue regarding to the importance of the character ”, Basti commented.

“For the rural people, the war practically did not exist, there was no radio, the newspapers arrived once a month and not everyone read them. So they knew there was a war but they did not have the dimension of the conflict or of the characters in particular, “he added.

When Perón is overthrown in the so-called Liberation Revolution (1955), the author maintains that many Nazis leave Argentina for neighboring countries, mainly Paraguay, and also, although there are witnesses who claim to have been with Hitler after that date, the same Hitler had to migrate to the Guaraní country, under the pseudonym Kurt Bruno Kirchner.

In “In the footsteps of Hitler”, a testimony of a former Brazilian military son of a high Nazi position is quoted, who assures that the Führer died on February 5, 1971 and is buried in a crypt in an old Nazi underground bunker in Paraguay , where today a “modern and exclusive hotel” stands.

Basti writes that the first week of every February, the hotel establishment closes its doors so that an exclusive group of Nazis can honor their leader, “the man who changed their lives, them and everyone, forever.”

Advertisement. Scroll to continue reading.
In this article:Argentina, Hitler