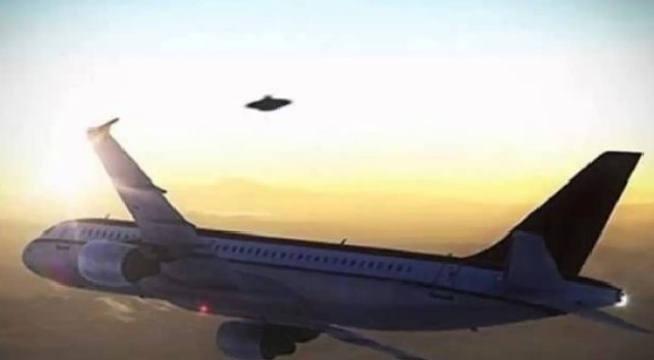 Argentina’s Defense Ministry this week declassified documents on the famous Bariloche case, a 1995 UFO sighting in the city of San Carlos de Bariloche, Río Negro province. In this context, the main character and pilot of the commercial plane who had the close encounter, recalled what happened.

Jorge Polanco had been a pilot for Argentinian Airlines for 18 years and that night, July 31, 1995, he experienced a moment that changed his life forever. At that time he was commanding flight AA 674 bound for San Carlos de Bariloche.

In dialogue with Nancy Pazos, on the program Russian roulette, Polanco relived details of that cold winter night.

“It was an event that turned my head,” he said.

I was the commander of the flight. Arriving in Bariloche, they warn us from the Control Tower that there had been a power cut. We were about to return to Aeroparque. After a while they informed us that power had been resumed with an auxiliary generator at the airport, used for these cases,” Polanco said.

After the warning, the former Airline pilot began what is called the approach.

“When we got to the vertical of Bariloche I began to see a light in the distance, about 12 miles from the airport and what is called the geographical position at 11 o’clock (top to bottom).”

“From the Control Tower they tell us that they had nothing, only a Gendarmerie plane, but that it is behind us. It was a military plane – Polanco recalls – with two gendarmes who were two great friends and then died. They were the eyewitnesses to the most significant event yet of the sighting.” 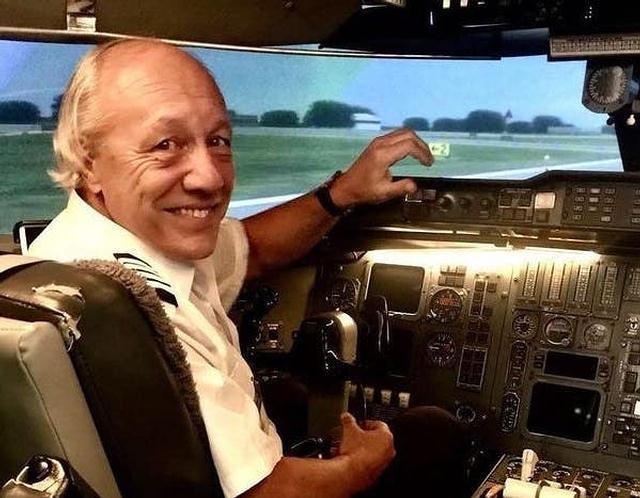 Plane pilot Jorge Polanco today provided details of his 17-minute experience with a UFO in the so-called Bariloche Case, which occurred 25 years ago

As the pilot recalled, they were able to observe the moment when the UFO was practically at his side and began to accompany the descent of the Boeing 727 towards the Tte international airport, Luis Candelaria.

“When we were about to hit the runway, all the power was cut off again: the system operator later explained to me that the generator fully accelerated by itself, began to smoke and stopped; the airport went blind. At that moment I became aware that something was not right and we started the escape maneuver,” he said.

Polanco remembers those moments as something that changed his life. “I do the escape maneuver and when I reach 10,000 feet, I start to veer to the right, towards the lake. At that moment I see the light again. I leveled the altitude so as not to take the Gendarmerie plane, which was 300 meters higher, ahead of me. When I look back, I passed him close, almost touching the flying saucer, and I returned to the vertical of the airport,” he said.

“The crew of the Gendarmerie plane later informed me, personally, that the object followed me underneath and that when I began to move away to land again, the UFO disappeared towards Cerro Otto. It was very hard, it was many minutes of real contact with a ship chasing me. It was not a little while, it was 17 minutes in total,” he explained.

Regarding the UFO, Polanco recalled that it had a well-defined shape: “It was about 30 meters in diameter. It was a soup plate, the kind deep for eating lentil stew, but inverted. It had green lights that were spinning at high speed and an orange light on top that seemed to breathe; that marked me my whole life.

That experience accompanies him until today. The feeling that the episode left him is that if they had been aggressive, another would have been the end. “We are talking about the technology of civilizations that can take us thousands of years. They not only interpret what you think and anticipate all that, which they demonstrated with the acts. They also showed that they interfered with the crew who were looking at me and they wouldn’t stop crying. The two who accompanied me were blocked, so I had to do maneuvers practically alone. To myself I was wondering if all this was a dream, something that had not been thought of.

This was many years ago; If he had had a cell phone, he was not only known and famous, he was a billionaire with that photo,” Polanco joked today, 25 years after that episode.

This morning and at the request of the UFO Phenomenon Studies Commission (CeFoR), the Argentine Government declassified the entire investigation of this fact, including the conversations between the Control Tower and the pilots of the two flights that would have had contact with the unidentified object.

The Bariloche case is one of the most iconic in Argentina and, as is customary for such occasions, a favorite target for militant skeptics who for years tried to explain it under prosaic situations, like reflectors of a disc reflecting in the clouds and very capricious failures that generated both the blackout in the city and the airport at the same time, with an enviable accurate timing. 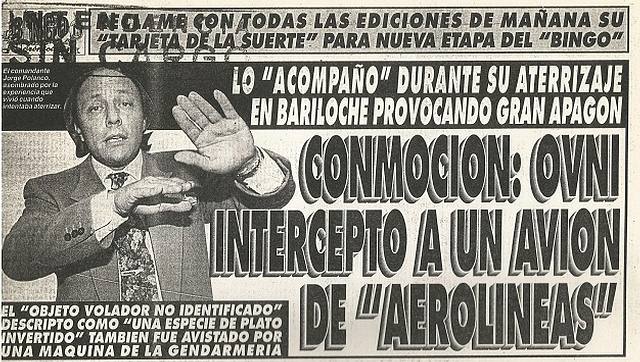 The only evidence that the rebutters use in their favor is that there was indeed a disco testing lights that night and that they called and asked the authorities about the blackout. Something not so scientific that we say and ironically the last one an exercise of belief (in the authority). All this, of course, topped off with reducing the credibility of the witnesses — and especially Polanco and his declaration of having seen a well-defined object.

And, beyond the doubts that may appear about this incident, the truth is that the fact is still as impressive today as it was 25 years ago and does not seem as “resolved” as some have suggested.

In this article:Argentina, Bariloche case