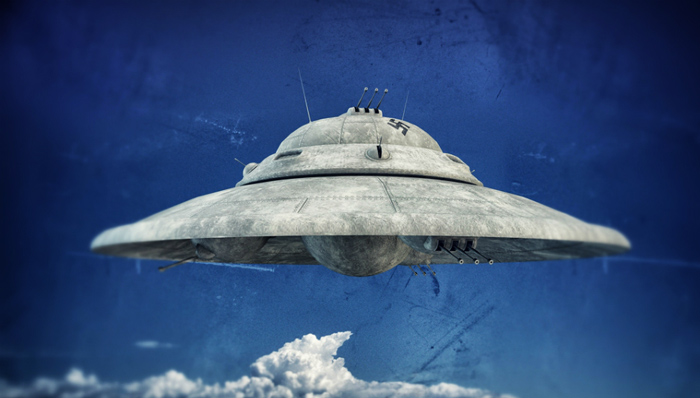 Antarctica is most likely the whitest region on earth, with a ridiculous amount of ice that is too harsh humans. Yet, this white mass might be burying some of the darkest mysteries about the world. Every day, more research is being done about this place and what secrets it holds.

Antarctica has been home to a lot of mysteries for long. For one, we have the incident of Operation Highjump.

It is believed by some that about 250,000 senior officers belonging to the Nazi Party managed to escape in U-boats from Germany towards the end of the Second World War.

Some even believed that Hitler was one of the escapees.

If those many people ran away during a war that got the whole world at attention, where would they have escaped to?

Some say it must be Argentina, but is this really feasible? 250,000 men can’t be hidden in plain sight…

Unless we are talking of the plain rarely visited by humans. Deep in Antarctica.

According to some theories, the German Nazi had been building powerful weapons here at their secret base in Antarctica. These weapons are well ahead of their time, with possible help from alien intervention.

This would seem far-fetched until you consider what happened just before the Second World War ends. The United States decided on a huge expedition to Antarctica while the war was still going on. This expedition is known as Operation Highjump.

Expeditions are not a new thing, but why then?

No other U.S. expedition to Antarctica had been so massive.

Even if there is a hurry to dominate this place, is there something in particular to dominate?

This expedition was supposed to last for 6 – 9 months. After just one month, the expedition was ended abruptly, and it had nothing to do with the cold.

According to a report by the Chilean Press, there is a high probability that there were other more powerful people waiting.

Many conspiracy theorists today believe they had been bombarded by artillery, forcing them to retreat after sustaining heavy casualties.

From what must have happened there, the personnel on the expedition couldn’t have had a chance. It was a massacre. Even though the U.S. would not confirm this, Adm. Richard Byrd was quoted in the Chilean Press talking about how they were confronted by a new enemy that “could fly from pole to pole at incredible speeds.”

This could only have been or at least inspired by alien technology. As at that time, it was basically impossible to travel at such speed.

But this was not just about Byrd. There are several other reports of pilots who saw flat disc-shaped UFOs chasing them, even though they were not shot at.

These pilots also reported how their planes were being followed by balls of light. Yet, even though these UFOs, which the pilots called “foo fighters,” didn’t attack them, it somehow was able to disable the pilots’ plane’ bombing capabilities.

According to the United States, all these didn’t happen. Only one plane crashed, killing 3 pilots. If this were true, was that why the expedition was canceled?

And, let’s say it wasn’t true. Who was behind those UFOs?

Could it have been the German or were those extraterrestrial?

There seemed to be more to Antartica, any way you look at it.

Speaking of extraterrestrials, the more Antarctica is examined, the more the mysteries that crop up.

An example is the huge electromagnetic anomaly that was detected by NASA satellites in 2006. This anomaly wasn’t lying on the surface either. It was buried deep underneath 151 miles of ice. What a beautiful way to confuse researchers. Over a decade later, they are still left with questions.

But then, turning to an ancient scroll dated millennia ago, the Book of Enoch, some interesting passages seemed to have something to say about this.

Enoch was the man who was reported to have escaped death. He was the great great grandfather of Noah.

He wrote about how he was taken to the place where the corrupted angels who disobeyed God and came to earth were imprisoned.

In his book, he had talked about the 200 fallen angels who had lived among men, teaching men advanced technologies for their time and sleeping with the women and fathering the Nephilim, thereby genetically modifying men and leading mankind astray.

The book talked about where they were imprisoned, until the appointed day. This place was supposed to be lit by the sun both during the day and at night.

In his words, [the Sky] was burning day and night.

As it turns out, this fits perfectly with the Southern Hemisphere during the summer season in Antarctica. At this time, there is daylight for 24 hours.

This phenomenon, known as Aurora Australis, or Southern Lights, can be visible from high southern latitudes in Antarctica, Australia, New Zealand, Chile, and Argentine.

Let’s say that was a coincidence. Enoch went further in his book by mentioning “seven mountains of precious stones, three towards the east and three towards the south.” This is where it gets more interesting. Mt Vinson fits the description of the central mountain. After all, it is the highest mountain in Antarctica.

As for the other six, there were there, just not aligning as specified. This could signify that there had been a shift in the Earth’s axis of rotation.

This is not uncommon. These shifts are known to cause such calamities as floods and tectonic events.

Then, it gets even more interesting.

If we consider the research conducted by Sir Charles Hapgood, in which he proposes that the last pole shift could have happened about 11,000 years ago, just at the end of the last ice age, we can begin to question if this has any relevance to the biblical flood.

This would perfectly explain why these angels would be moved at this time and imprisoned. It would place their whereabouts firmly somewhere in Antarctica.

Could they be imprisoned at the summit of the gigantic Mt. Vinson or could they be hidden right under the 151 miles of ice mentioned earlier?

While these are exciting thoughts, there is really no solid proof of this, but we can continue to dig more. A journey of 151 miles has to start with a question.

Advertisement. Scroll to continue reading.
In this article:Antarctica, Operation Highjump