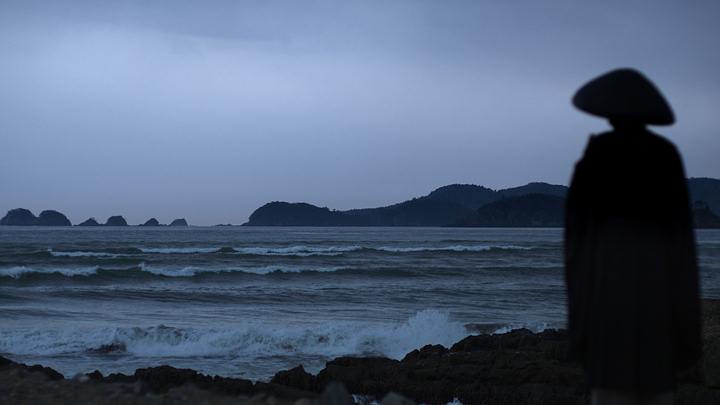 Following the devastating 2011 earthquake and tsunami in Japan, survivors reported numerous sightings of spirits searching for their homes and loved ones.

In the first season of reboot of Unsolved Mysteries in Netflix, the chapter dedicated to the inexplicable was of a ufological nature. In the second season, released a couple of days ago, that place is occupied by the episode entitled Tsunami ghosts, clearly geared towards paranormal activity.

On March 11, 2011, a magnitude 9.1 earthquake struck the Japanese coast. Its power unleashed a massive tsunami that struck the area again just an hour after the tremors.

The tsunami left more than 15,000 dead and 2,500 missing, according to numbers from the Japan Fire and Disaster Management Agency. Understandably, survivors who lost their homes and / or loved ones have struggled to deal with the aftermath.

Episode of Unsolved Mysteries reveals the story of the victims themselves rather than those who stayed in this world. According to the series, in the months following the tsunami, multiple people in the city of Ishinomaki reported supernatural encounters – more specifically with individuals looking for their way home after what happened, not knowing they were already dead. Some cases are amazing.

In Tsunami ghosts (V2: E4) the work of the sociology student Yuka Kudo, from Gakuin University, who wrote an article about it months after the catastrophe, is cited. Kudo’s teacher, Dr. Kiyoshi Kanebishi, was impressed with his research, which focused mainly on the experiences told by taxi drivers in the region, who were convinced that they had brought ghosts on their trips.

“The most credible accounts he could find were from taxi drivers, because there were physical records that were related to their sightings,” explains Kanebishi. “In all these cases, the taximeters corroborated the routes made.”

For example, one of the cases tells the story of a woman who got into a taxi months after the tsunami, and asked the driver to go to the Miyagi district, precisely one of the areas totally destroyed by the waters. After informing the passenger of the destruction of Miyagi, the taxi driver assures that she asked him if she was dead, and then she vanished.

In a similar case, a man in his 20s dressed in a thick coat got into a taxi, unusual considering it was August, a very hot month in Japan. The driver sensed something strange about his passenger, but by the time they reached the destination, he looked toward the back seat only to see that there was no one there.

Reverend Taio Kaneda, a Buddhist monk featured in the episode, has worked with people who claimed to have been possessed by those killed in the tsunami, including a young woman named Ami who was possessed, among other spirits, by that of a girl who sought to his mother to apologize for letting go of the hand of his younger brother, who ended up being swept away.

Several poignant stories like this are mentioned in Unsolved Mysteries, although there are others that were left out. In his book Tsunami Ghosts: Death and Life in Japan’s Disaster, author Richard Lloyd Parry summarizes the experiences of Takashi Ono (pseudonym of a real person). Ono lived miles from where the tsunami occurred. One day he drove to the beach to observe the devastation, something that made a great impression on him. His possession began that very night.

That night he came back, sat down to dinner with his family, took his tea, a can of beer and suddenly fell to the floor rolling from one side to the other, making guttural noises and talking about death, all to the horror of his wife and mother. The next day, when he woke up, the man had no recollection of what had happened last night. And this went on like this for three more days. His family eventually persuaded him to visit a Buddhist monk, who recited sutras and managed to drive out the spirits. Ono felt much better and liberated after that,” Parry commented.

If you have installed the application Netflix, make CLICK HERE to watch the episode.

Advertisement. Scroll to continue reading.
In this article:Netflix, Unsolved Mysteries