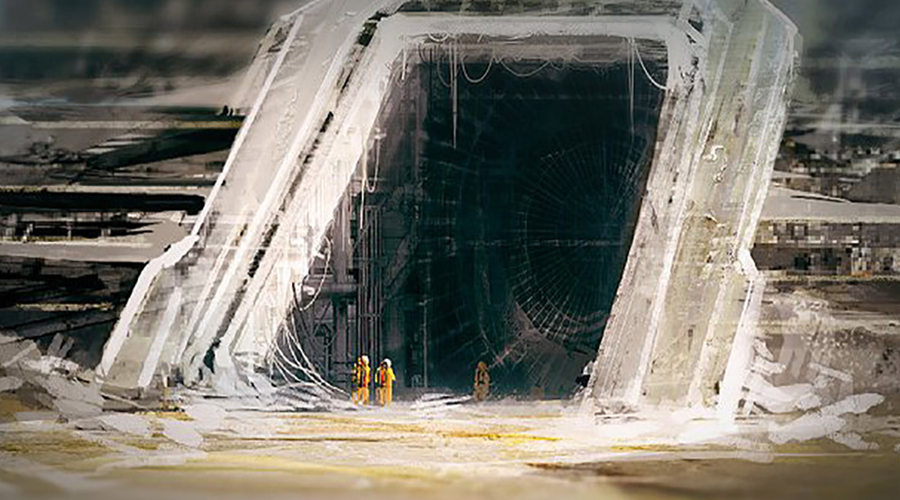 Among the secret information that Edward Snowden gave to mankind, one speaks of the possibility of settling the inner earth by an advanced civilization that has been watching us from the very beginning.

It looks a little strange, but the hollow Earth theory may turn out to be close to the truth. A wonderful legend tells about our wise neighbors, these are the people of the underworld of the Earth.

Someone considers him a traitor, others consider the act of a tech employee of the special services to be correct. Edward Snowden had the courage to reveal the secrets the world needed to know. Among the published facts, few people who are initiated into the secrets of people tell the truth about UFOs and extraterrestrial beings. And even more so, no one talks about our neighbors from the Earth’s underworld.

According to some documents copied from the CIA, the US government has long been aware of the existence of a highly intelligent species more advanced than mankind. While we were fascinated by watching the humanoids with their UFOs, they were actually right under our noses. Perhaps they have been around for millions of years, and far ahead of us in technological development.

Looking more closely at the Earth’s geology, we see its hard crust and a rather thin layer of rock that separates the continents and the ocean floor. The crust is found on tectonic plates that move slowly over time in the lithosphere. At the bottom of the tectonic plates, about 80-100 km below the surface, the asthenosphere begins.

The internal flow of the Earth moves in the asthenosphere, and the phenomenon of convection at this level is believed to contribute to the constant movement of tectonic plates. True, the exact method and visual representation of the boundary between the lithosphere and the asthenosphere are not yet clear.

According to some information allegedly disclosed by Snowden, the CIA has data tracking systems and deep-sea sonar images. However, the status of confidentiality at the highest level forbids access by scientists without special permission from the security service. Moreover, they know about the underground inhabitants of our planet.

This type of intelligent Homo Sapiens could have evolved in different ways, given the much more stable climate in the interior of the planet. The general consensus is that we are just ants from their point of view. And there is always a possibility that they will interfere in the affairs of our world if we threaten the ecology of the two worlds of one planet with our existence.

The presence of uncertainties regarding the internal structure and external world of the Earth leaves room for serious suspicions. Indeed, the Earth’s mantle may provide better living conditions for the underworld than on the surface. Jules Verne may have faced something big that could be as real as one can imagine.

In the meantime, we are taught to believe that everything related to fiction is rejected by the reality in which we live. But is it really so? Is the material realm in which we live fully explored and understood by the scientific instruments of humanity? Or is it more of a mirage from which we cannot escape unless we open our eyes and see the illusion?

In one of the assumptions, there is an absurd fear that the people of the underworld might be up to something in relation to the civilization on the surface. With a wave of mysterious sounds that have been heard all over the world, the sounds and groans of the ocean, as well as signals that can be heard from space, it is possible that our inner Earth neighbors are up to something.

Whether there is a possibility of a clash of earthly forces with the mythical inhabitants of the distant corners of the Earth, we have yet to find out. But we hope that this historical period of acquaintance will bring a complete disclosure for humanity about life in space.

We also hope that the legends in which the people of the underworld of the Earth appear as sages will gain clarity and transparency. Everyone deserves to know and understand what is happening on their home planet.

Of course, there is no evidence that Snowden actually provided this information. And if he did, it is not known whether this is true. But the story is definitely interesting.