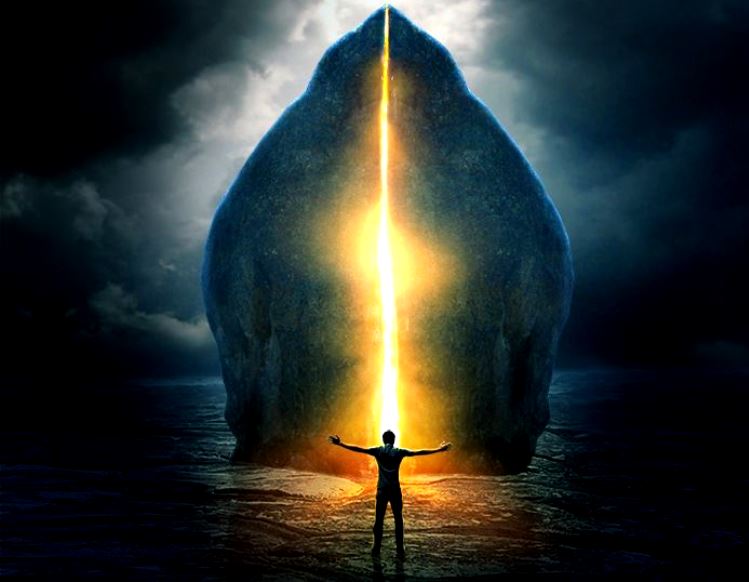 The question is: have you ever heard of the Pegasus project? Perhaps to many it sounds like something related to a movie, an article or someone commented on it in a meeting of friends.

The truth is that it is something very real and at the same time extravagant. Of those things that make you think that scientists try to discover things that at the moment only science fiction has given us.

Our story begins in the United States capital, Washington, where Attorney Andrew Basiago claimed to have been used in experiments as a child when he was only seven years old. 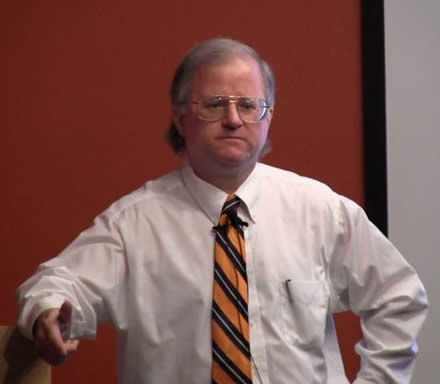 He said that when he was a child, a secret organization called the Pegasus Project did different types of tests between 1968 and 1976, which were basically reasons to travel through time and space and possibly through parallel universes.

Could anyone believe something so amazing and fantastic? According to the exact definition that Basiago gave, it was a classified project developed by the American defense agency dedicated to research, precisely the DARPA. He said it was the real version of the Philadelphia Experiment. But let’s get to the history of the Pagasus Project. 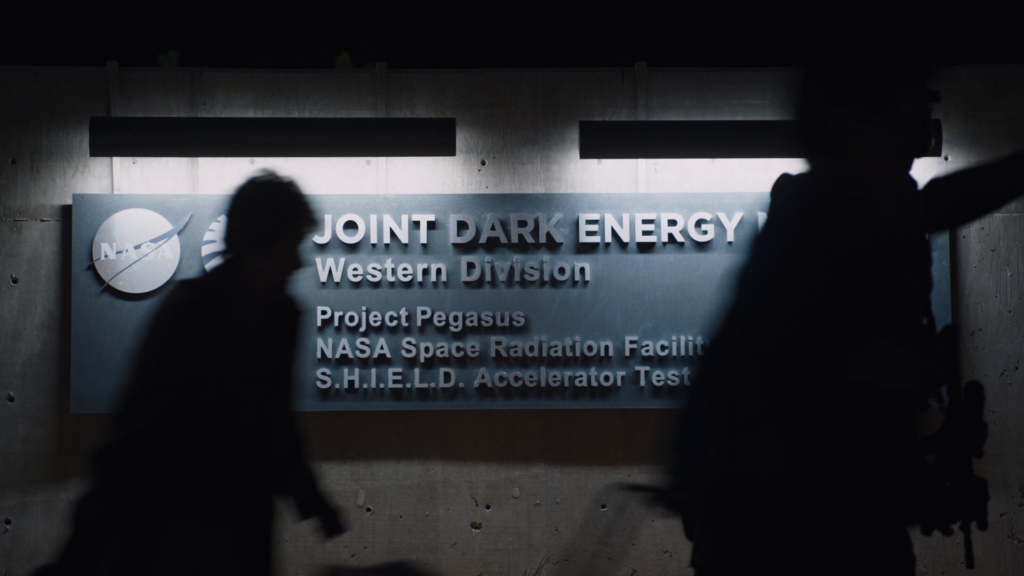 Portals that connect to other points in time and space have appeared in many books, films and video games. Some of them connect to distant places, others travel back or forward in time and the most powerful, at different sizes. 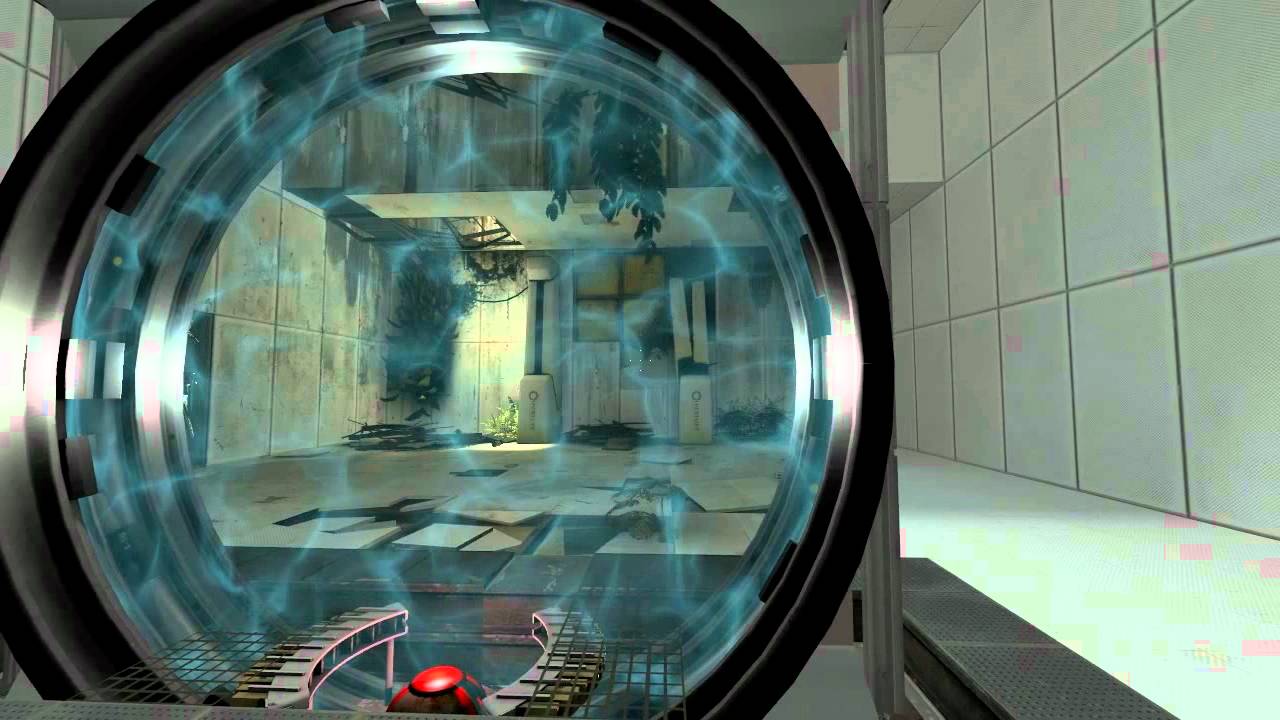 Most people assume that these rumors exist only in the realm of mysticism or science fiction, but there are many people, including scientists, who firmly believe that the portals were opened in ancient times and, most likely, even today.

According to two whistleblowers, the Defense Department has developed Time Travel Technology (space-time travel technology and parallel dimensions) more than 40 years ago.

As early as 1967, the United States government would have used an installation dedicated to this and built on the basis of Tesla’s quantum access.

This technology has been used to keep the construction of military installations secret, as well as offering political and economic benefits knowing what the future holds. Some say the CIA confiscated Tesla’s documents on teleportation shortly after his death. 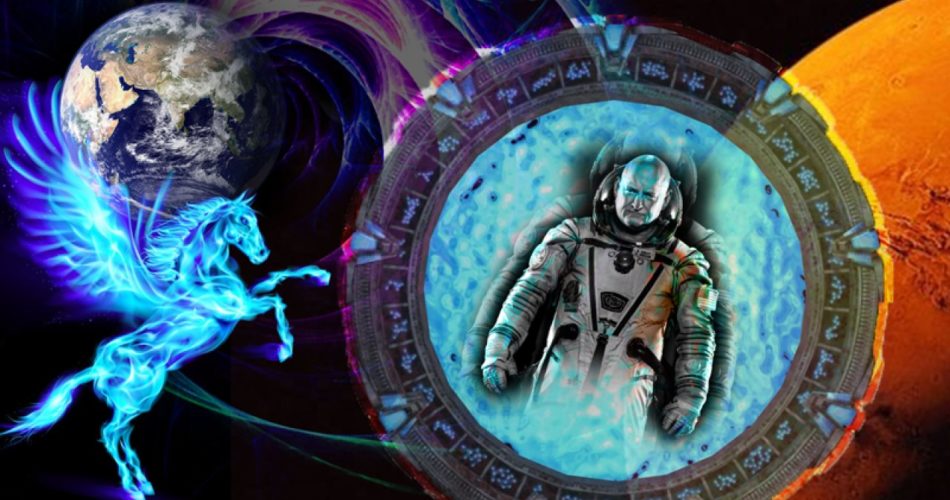 The use of something that Basiago calls as “Radiant energy”, helped the machine to form a “bright curtain” between two elliptical arms.

“Radiant energy is a form of energy that Tesla discovered is latent and omnipresent in the universe, and that has among its properties the ability to double space-time,” Andrew Basiago said.

Passing through this energy curtain, Basiago would enter a “Vortex tunnel” that would send him to his destination.

The other teleportation devices include a “Plasma confinement chamber” in New Jersey and a “Jump room” in El Segundo, California.

There was also some kind of “Holographic technology”, which allowed them to travel “Both physically and virtually”. However, they were not always safe. 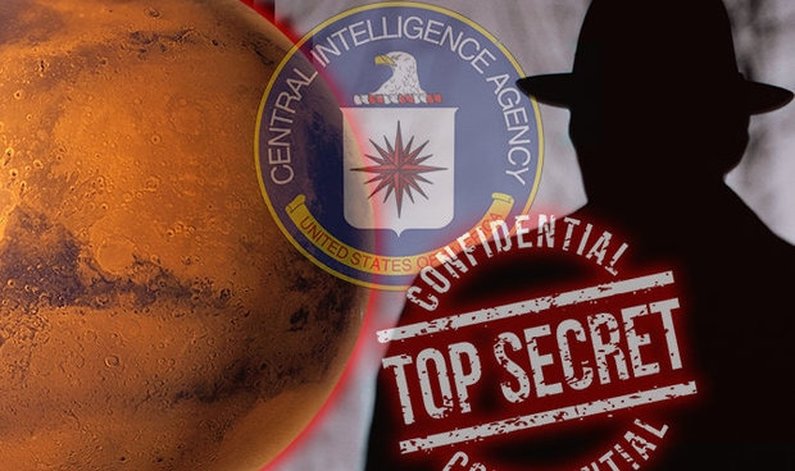 So where did Basiago travel during these experiments? Several of his trips took him to the 1800s. On one occasion, he went to Gettysburg on November 19, 1863, the day President Abraham Lincoln gave his famous speech.

According to Basiago, he had been dressed as a “Union bugle boy”. Basiago also traveled to the Ford Theater in the afternoon that President Lincoln was killed.

In fact, he made this trip several times, he could even go by his own means, even though he never actually witnessed the murder.

Each trip, he said, was a little different from the previous one, which led Basiago to believe that it was not a simple time travel at work, but was being sent to “Slightly different alternative realities in adjacent timelines”.

One of the two whistleblowers, Michael Relfe, a former member of the U.S. military, claimed to be a member of a US high-secret operation. He says he was recruited in 1976 and spent the next 20 years helping to maintain and expand one of two or more U.S. colonies on Mars.

He says that In the 1980s, Basiagi used the aforementioned “Jump room” to supposedly teleport to the red planet, with the express mission of acting as ambassador for the Martian civilization.

These bases served as strategic research points and defense objectives and, to preserve their secrecy, were built in the future.

The first generation of explorers from the Pegasus Project

Dr Andrew D. Basiago a famous American lawyer, participated in the DARPA Pegasus project (from 1968 to 1972) focused on time travel in the hologram of time and space. He claimed that the CIA was actively training groups of gifted American students to become the first generation of space-dimensional explorers. 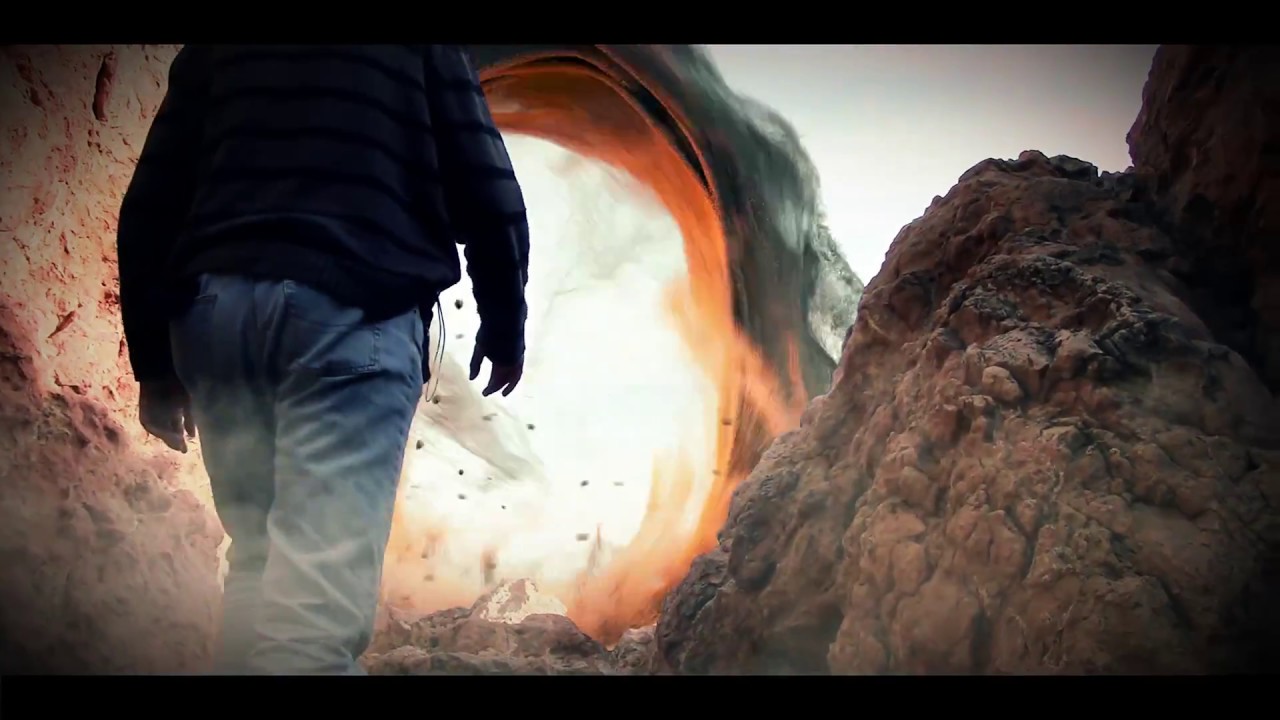 Children were best suited to this mission for several reasons of psycho-physical disorder. First, they were considered ideal candidates because of their clear minds and lack of impressions or experience.

The United States government was interested in the effects of time travel in young bodies and minds. Adult volunteers usually fell mad after several trips. Fortunately, naive children had few previous experiences and beliefs that could lead them badly.

Another use of quantum technology has been found in political control. According to Dr. Basiago, people of interest for the future would have been informed at an early stage of the functions they were supposed to perform years later. He said that in the 70s in Albuquerque, New Mexico he was present during a lunch where George H.W. Bush and George W. Bush had been informed of their future presidencies. 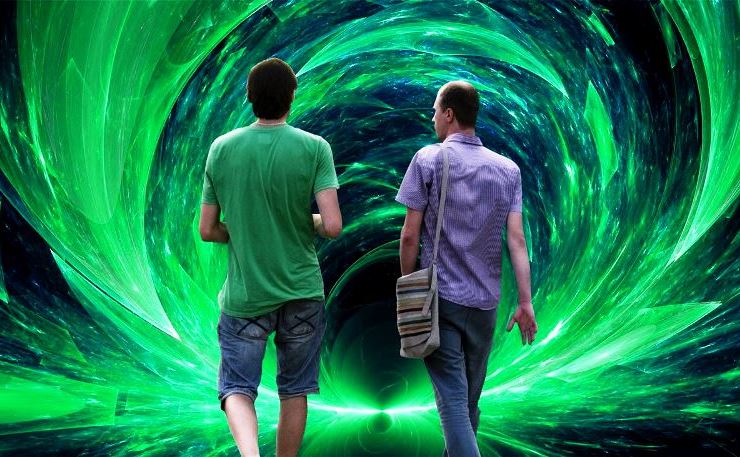 The Portal – Time travel to another dimension

Basiago says that in 1971 he saw images of the attack on the Twin Towers, which took place on 11 September 2001. They had been obtained by observing the future and reported to the analysis. This implies that the United States government had information on 9/11 thirty years before it happened.

According to whistleblowers and those who support them, this technology is kept secret despite being funded by the population. It is not the first time that these missions have been declassified because of their immense potential. 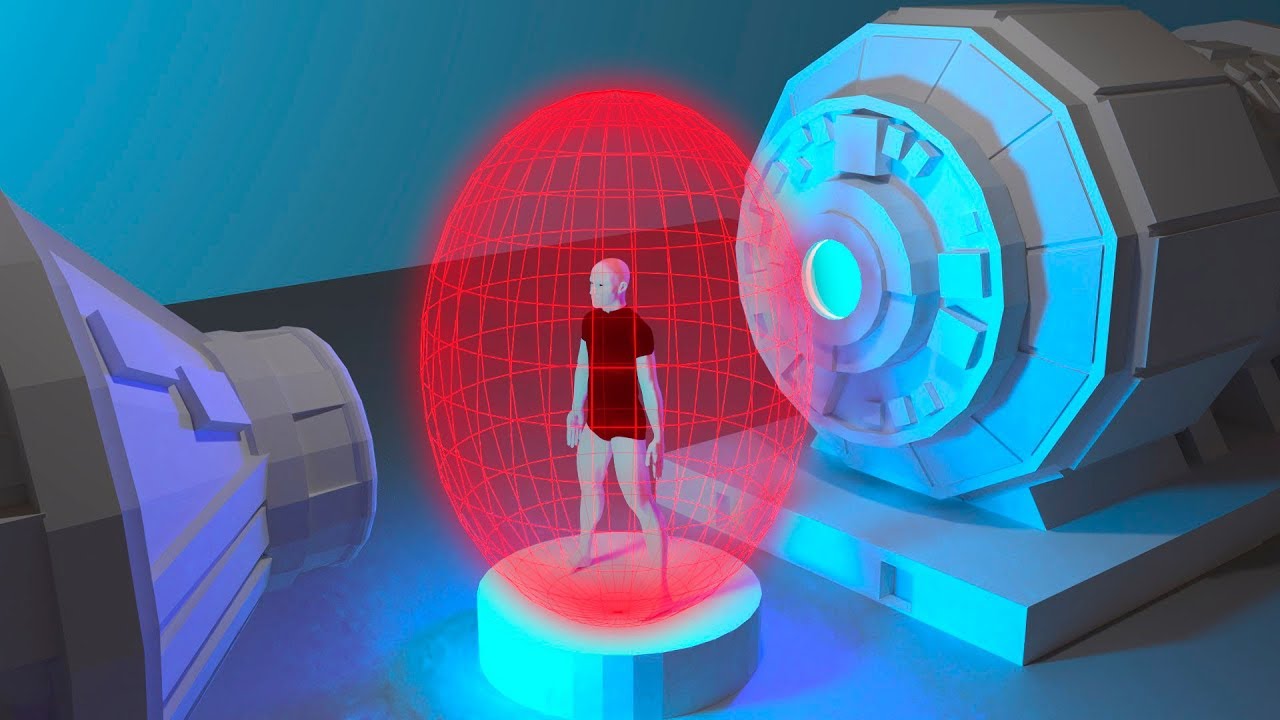 People have the right to know what is really going on, the truth about space exploration and the presence of humans on other planets; however, the opposite occurs. Teleportation could solve transportation problems around the world by allowing people and goods to move instantly without using fossil fuel and polluting.

It would also immediately help to destroy the pyramid of the current tyrannical power, and this is precisely why this information is not revealed. To what extent can the government manipulate our past, present and future lives?