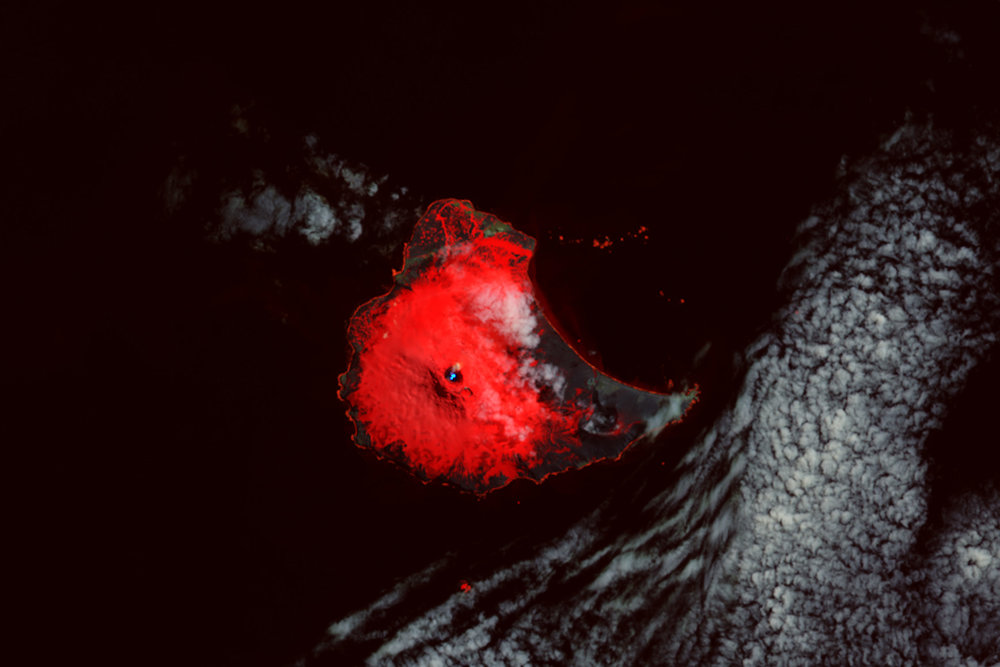 The eruption of the Eyjafjallajökull volcano paralyzed air traffic in almost half of Europe. Vesuvius killed tens of thousands of people in one day. In the gas chambers of Dachau, prisoners died in a few minutes. Now imagine what would happen if 138 volcanoes began to erupt at the same time, and around them ice, which was millions of years old, melted.

Scientists who have discovered almost a hundred new volcanoes in Antarctica, which are already ready to erupt, draw something like this scenario for the end of the world.

We wanted to start with the last day of the Pompeii, and then we thought, why go far?

Despite the rather poor video quality, this is a relatively recent shot: June 2011. It happened in Africa – Ethiopia and Eritrea. Because of the eruption of the Nabro volcano, seven people died there, more than thirty more died from poisoning and other terrible consequences: all streams and other sources of drinking water were covered with ash.

Sulfuric acid has formed in the salt-rich local lakes. It was the most powerful release of sulfur dioxide ever observed from space. By the way, it is this gas that is considered the main pollutant of the atmosphere, that is, the most poisonous for people and animals. It can also cause acid rain.

Why did we find this example interesting? First of all, the fact is that throughout the foreseeable history of mankind, this volcano was considered dormant. And second: the Nabro volcano is located in the East African Rift Valley – a strip nearly five thousand kilometers long, which bisects Ethiopia and extends further through Kenya, Mozambique and Tanzania. This is a tectonic fault line, the largest crack in the earth’s crust (precisely on land, because the faults also go along the bottom of the oceans).

In a few million years, everything on the right will separate from the rest of the continent and hit the Arabian Peninsula, creating mountains at that junction. In the meantime, this line is the most volcanic place on the mainland. There are active volcanoes and dormant ones.

So, this fault is often compared with another similar zone, which is located in the west of Antarctica – the West Antarctic Rift System. Its length is 3200 kilometers, and it is on its territory that almost all the volcanoes of the Southern continent are located.

By the way, there are 12 active volcanoes in Antarctica today. The most active is Erebus. The height is almost three kilometers eight hundred meters.

It erupts all the time. His magma is very viscous, and in the Antarctic cold it freezes before reaching the “exit”. But methane, hydrogen and other gases that are completely unsuitable for our breathing burst outward.

As a result, a catastrophically thin ozone layer over the volcano. Recently, the World Meteorological Agency shared a very disturbing observation: in recent months, the ozone hole over Antarctica has grown suspiciously and has already covered 25 million square kilometers.

Scientists drilled ice in Antarctica and found a warning to humanity

Until recently, it was believed that a total of about 60 volcanoes in Antarctica. But in 2017,  scientists published the  results of a new study of the continent, carried out using radars. The “scan” showed that under about four kilometers of ice in Antarctica (and mainly in the West) there are 178 conical structures, and 138 of them, by all other indications, fit the definition of volcanoes. It turned out that 47 of them were previously known, as a result we have 91 new, previously unknown to science, Antarctic volcano.

And this situation was completely disliked by climatologists and, in general, to all those who do not want humanity to die. It is assumed that these volcanoes are potentially active. This means at once two possible problems for the inhabitants of the Earth. First, volcanoes can erupt and melt the ice sheet.

This will lead to a global rise in sea levels, floods and everything else provided for in the standard scenario of the apocalypse. Second: Antarctic ice itself will melt due to global warming and this will awaken a dormant volcanic province. As a result, again, the final melting of the Antarctic ice, as well as the poisoning of the atmosphere by volcanic exhausts and the inevitable mass extinction of everyone – both people and animals. In addition, ash can block out sunlight, which is killing for plants.

It is interesting to see the predictions about when we should expect the end of the world. In September 2020, climatologists from the University of Potsdam explained this in detail.

According to their calculations, the X-hours are certain indicators on the thermometer columns. Plus one degree Celsius above pre-industrial levels equals increased snowfall and increased Antarctic ice mass. Plus two degrees – already the destruction of the western shield (!) and a rise in the water level by two meters. Plus six degrees and more – the loss of 70% of the ice in Antarctica and the rise in sea level by 40 meters.

It should be noted that the western shield is a “sea” shield, it is deeply submerged in water, in contrast to the eastern one, and, moreover, the western ice is twice as thin. All this suggests that it is the West that will melt first. According to scientists, this process will become irreversible when the melting rate reaches a level of about one to two meters per year. As of 2009, it was about 40 centimeters per year.

At the same time, in 2000, an iceberg of 11 thousand square kilometers broke away from the largest Ross glacier in Antarctica (slightly smaller than France). And according to 2019 estimates, over the past few years, the glacier has lost from two to seven meters in thickness. And yes, it is located exactly in the west of the continent, between Mary Byrd Land and Victoria Land, around the same place where dozens of volcanoes are waiting in the wings.