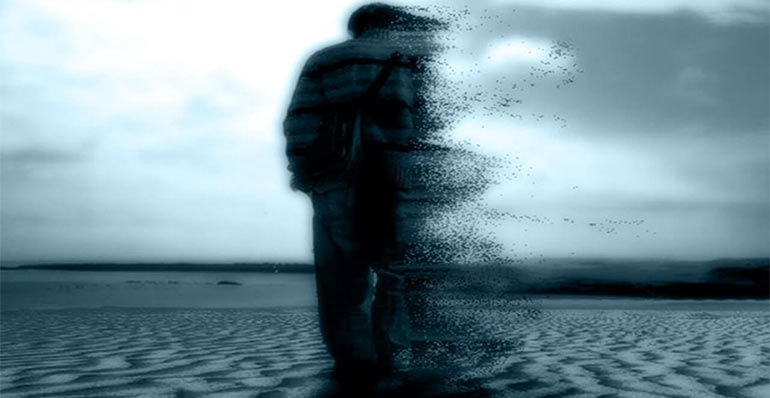 The world famous psychologist and writer – Elisabeth Kübler-Ross was born in Switzerland in 1926. Immediately after graduating from the University of Zurich, where she studied psychology, she moved to New York and lived there for the rest of her life.

Elizabeth became a pioneer in the field of near-death research, dedicating her work to helping dying patients. Even if you don’t know her name, you’ve probably heard of the “Kubler-Ross model”, in which she identified 5 stages that a person goes through before death: denial, anger, bargaining, depression and acceptance. By the way, today this model has become a household name, it is also used in the study of other psychological states of a person.

Listed by Time as one of the “100 Most Important Thinkers of the 20th Century,” Kübler-Ross has had significant influence in the scientific community and has always been listened to. And after the release of her bestseller “On Death and Dying“, in 1969, Kübler-Ross became a very popular person not only among scientists.

At the beginning of her career, Elizabeth called death “the greatest mystery of science”, and in her later lectures and books she expressed confidence that death is a person’s transition to another state in which he can become “complete”.

After death, people become full again. The blind can see, the deaf can hear, the crippled cease to be crippled, since all their injuries cease to exist, writes Kübler-Ross in one of her books.

The concept of helping the dying

As Elizabeth said, her decision to do research in this area was born at the age of 5, when she was admitted to the hospital with pneumonia and faced death for the first time – her roommate died. A sad event led her to the idea that death is an integral part of life, and you need to be ready for this meeting.

Before Kubler-Ross, no one had seriously researched this issue, so she had to (and she succeeded in this) single-handedly lay the foundations of modern palliative care, which consists in caring for patients who are about to die.

At the same time, she often had to deal with the misunderstanding and disapproval of fellow doctors. Especially when Elizabeth was interviewing a dying person right in front of an audience of students.

Thus, she wanted to raise the issue of the doctor’s responsibility not only for the health of a dying patient, but also for the last days of the patient’s life to be lived with dignity: without fear and torment.

The experience of dealing with dying people helped Kübler-Ross understand the mindset of a person faced with the approach of death. However, Elizabeth as a scientist, listening to stories about near-death experiences, could not help but notice interesting patterns, similar reactions and recurring “memories” of the “other side” in most of her patients. Therefore, she began to carefully collect and systematize this information.

One of the cases that impressed Elizabeth the most was with a patient named Schwartz, who miraculously survived a heart attack. According to the patient, she watched the process of her resuscitation from the door of the operating room.

But this was not the strangest thing, the woman remembered not only the staff and their appearance, she was able to retell all the actions of the doctors that they performed, saving her for 5 minutes, while Schwartz was in a state of clinical death.

Is there life after death?

These cases, according to Kübler-Ross, are much more common than we might think. For example, studying the maps of patients who had an accident, she drew attention to the fact that people recorded the events around them while in an unconscious state.

She met patients who remembered how they were loaded into an ambulance and many other details. It even went so far that a person could remember the license plate of a car, the color of a doctor’s shoes, or the route they took to the hospital, although the patient was unconscious.

Of course, Kübler-Ross did not believe everyone unconditionally, in many cases she explained these phenomena as “mental projections” (something like hallucinations), indicating the desire of the brain to continue to live.

However, in her books, Elizabeth claims that there were cases when the patient could not see, hear or know some details, which he later spoke about as naturally as if everything was happening before his eyes.

The most iconic cases described in her books involved blind patients who were able to describe details that they could not see, such as the colors of the clothes of the doctors who saved them. They also included patients with deafness who recounted the content of conversations taking place near them, although, physically, they could not hear them in any way.

Among other things, Kubler-Ross tells about a curious case with a 10-year-old girl who, after coming out of a coma, said that her brother came to her and hugged her. But the fact is that she did not have a brother. Only later it turned out that while the girl was in the hospital, her mother lost a 3-month-old baby (son), about which the little patient could not definitely know.

Another interesting detail that Kubler-Ross noticed was that people who had a near-death experience no longer feared to die. According to Elizabeth’s psychological theory, visions of what awaits a person after death relieve tremendous tension from him, because he has already been “on the other side” and realized that death is not the end of existence, but only his next, “fuller” stage.

In this article:Life After Death, near-death experiences