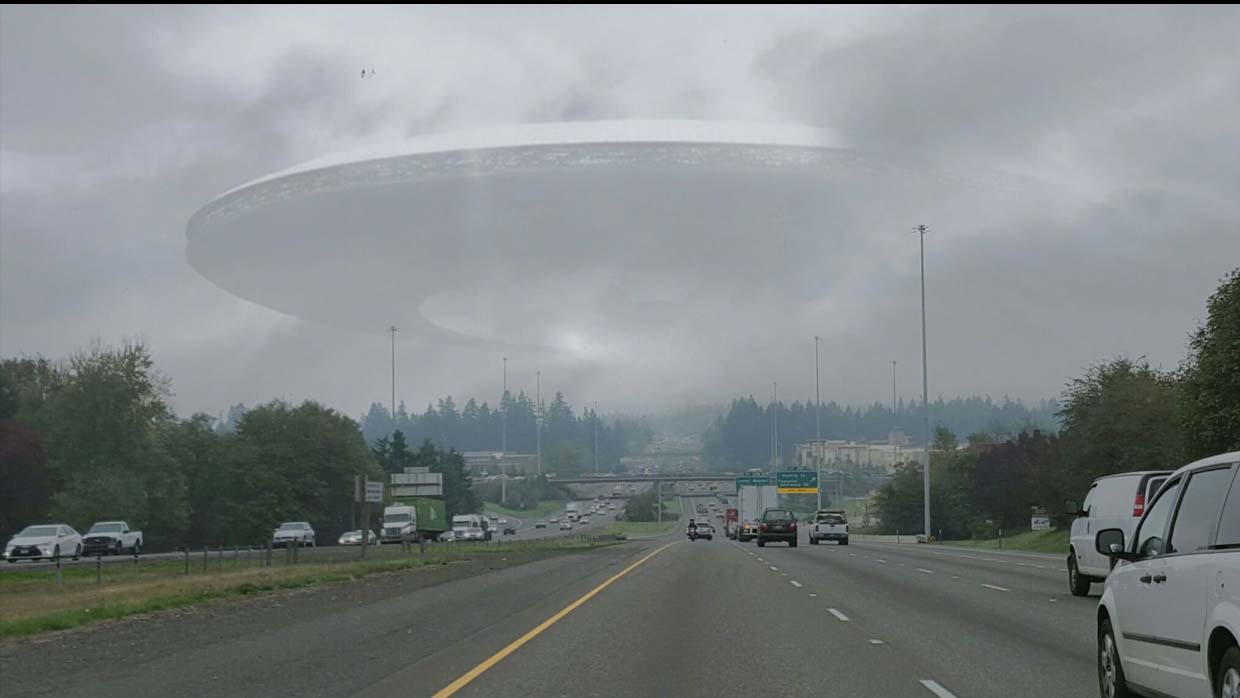 The number of  UFO sightings is currently at its highest point, according to experts in the field. Apparently, more than 100,000 sightings have been recorded in the last 100 years, however, in a few months we have exceeded all records. From a video of a 1995 “alien autopsy” to images of fighter jets apparently chasing a UFO over the Pacific Ocean, there are hundreds of pieces of evidence that for many people are proof of extraterrestrial life on our planet. But it must also be said that most of the videos have been denied by experts.

This leads us to a strange theory, that secret government agencies publish videos that are clearly false in order to more easily discredit those that are true. It would be a system known as “distraction” , and it makes it impossible to identify the evidence that shows how intelligent extraterrestrial life exists cooperating with governments around the world, even controlling our destiny.

Since the beginning of the coronavirus pandemic we have seen a surprising boom in UFO sightings worldwide, it has caused all kinds of reactions among the population. And due to the unexpected response that is taking place en masse, the US Navy It has been forced to act: it has acknowledged having a holographic system to create UFOs.

The United States Navy recently patented a method for creating 3D images in the air using plasma . The technology is aimed at creating a heat source, keeping hostile infrared-guided missiles away from their targets. Experts are convinced that this advanced system is responsible for a series of UFO sightings reported by Navy pilots in 2004, 2014 and 2015. However, this technology does not explain everything.

The technology, revealed by Forbes magazine , is the result of years of research and development in missile countermeasure technology. Infrared-guided air-to-air missiles are launched by fighter jets and target the target’s infrared signals . Currently, aircraft can destroy enemy missiles by firing flares or “blinding” the missile seeker.

Plasma-based anti-missile technology uses high-intensity lasers built into the back of an aircraft to generate a “plasma filament . ” This plasma filament in turn generates an infrared signal that approaches the target , enough to deflect an enemy missile. You can also quickly tune into the plasma to match the infrared radiation emitted by the target, creating an even more effective distraction. However, there is something really strange about using laser-induced plasma filaments to create floating images in the air.

“It is possible to generate a 2D or 3D volumetric image in space,” says the patent . “This is analogous to the plot of an electron beam on a television based on a cathode ray tube. In a possible embodiment, a laser system would be mounted to the rear of an air vehicle so that the beam can be scraped using optics and mirrors to generate a large ‘ghost’ image in space. This ‘ghost’ image would appear to detract from the reference missile of the tangible air vehicle. ”

The patent does not mention the use of plasma filaments to fool anyone other than missile seekers. That said, the ability to draw objects in the sky would apparently explain one aspect of UFO sightings reported by the U.S. Navy, as it might be possible to create UFOs. . Although it must be said that the Pentagon is unlikely to publish videos of its own secret weapon. But conspiracy theorists have their own theory. They consider that plasma filament technology is unlikely to be responsible for such encounters. While we don’t know what the mysterious objects are, there are aspects of the Navy sightings that apparently rule out holographic technology.

UFO sightings by the US Navy USA They involved objects that were visually seen by the pilots and visible to the Advanced Sight Infrared Sensor (ATFLIR). It is completely impossible for ATFLIR to detect a plasma filament image, nor is it possible for a pilot to be able to see an image generated with the technology with the naked eye. There are also other details that rule out this technology as a source of “UFOs” . The radar systems of the Super Hornet fighters, the Grumman E-2 Hawkeye airborne early warning aircraft and the guided missile system of the aircraft carrier USS Princeton reportedly detected the presence of these objects. Plasma, unless associated with a physical object, is generally undetectable by radars. Additionally, pilots reported seeing solid objects, not “ghost images.” formed by light rays.

Another reason why plasma filament theory is unlikely: laser beams degrade with distance. This would require a ship or plane to generate an image to fly relatively close to the illusion. None of the pilots reported seeing any other aircraft nearby, and in 2004 the USS Princeton detected one of the foreign objects at a height of 24,000 meters, exceeding the maximum latitude achieved by the U-2 spy plane.

The technology behind the patent is an innovative way to defend aircraft from enemy missiles. But it has been shown that does not serve as an explanation of the UFOs observed by the Navy in the last 16 years, much less for the sightings that are being registered worldwide. So it seems that the United States government’s attempt to discredit the extraterrestrial presence on our planet has not been of much use. Don’t let them fool you.

What do you think of the holographic technology of the US Navy? Do you think it serves as an explanation for UFO sightings? Or is it all about a “smokescreen” to cover up the truth?

In this article:holographs, plasma technology