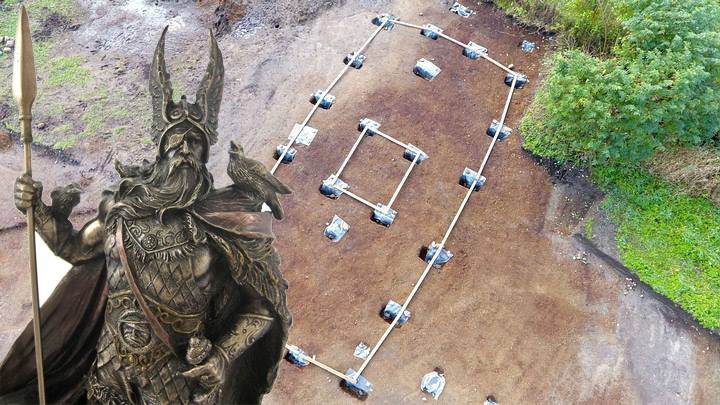 The remains of an ancient temple have been found in Norway, in what is a rare relic of the Viking religion prior to the adoption of Christianity. 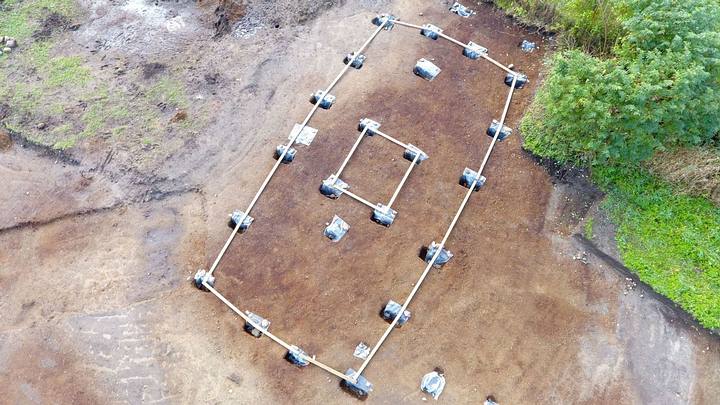 The remains of the place where the temple used to be

Archaeologists found a large wooden building – 14 meters long by 8 meters wide – that is thought to have been erected towards the end of the 8th century and was dedicated to worship and sacrifices to the Norse gods during the solstices.

The Vikings and their culture would become famous about a century later, after bands of warrior sailors raided much of Europe, Iceland, Greenland and Canada, earning the nickname of “The demons of the north”. 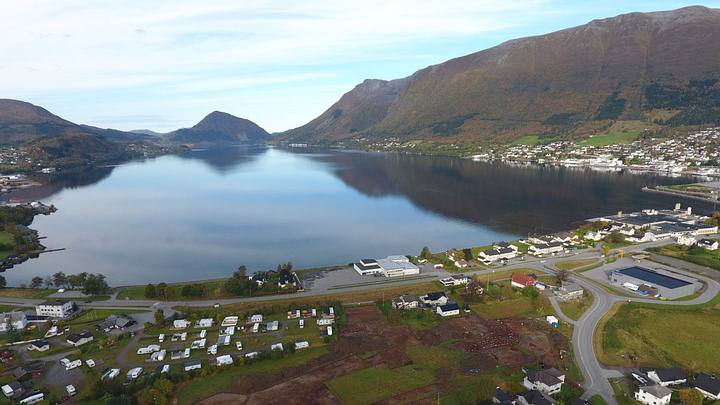 ”This is the first ancient Norse temple found in the country; we knew of them from finds in Denmark and Sweden, ”said archaeologist Søren Diinhoff of the University of Bergen Museum.

”It is a very special construction. The “houses of the gods” – as they were called – began to be built around the 6th century. They were much more complex than other simple sites, often outdoors, that people used for worship. It probably has to do with a certain kind of society, which built them as an ideological demonstration, “he added.

Archaeologists unearthed the foundations of the ancient building last month in Ose, a coastal town near Ørsta, in western Norway, while preparing the ground for a housing construction project.

“The excavations revealed traces of previous agricultural settlements, between 2,000 and 2,500 years ago, including the remains of two communal homes that would have been in the center of a small family farm,” Diinhoff explained. 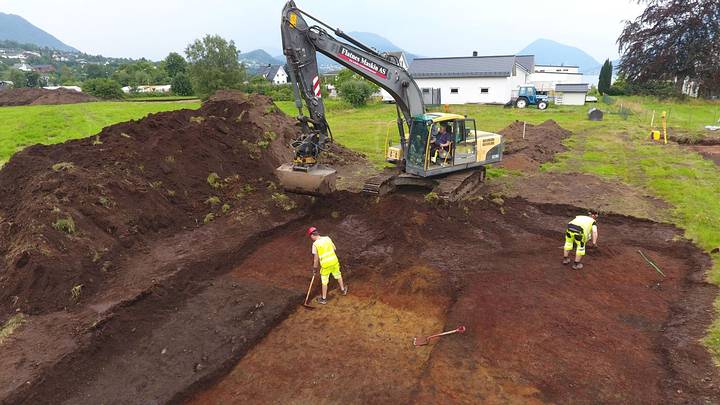 However, the temple at Ose dates from a later time, when the area began to be dominated by an elite group of wealthy families – a distinction that emerged as Scandinavian societies began interactions with the more stratified societies of the Roman Empire and the Germanic tribes of northern Europe.

“When the new society was established, in the Roman Empire of the Iron Age, the leading families took control of the cult,” said the archaeologist. “Religion became more ideological and organized, and the houses of gods in Ose were modeled after the Christian basilicas that Viking travelers had seen in the southern lands.” 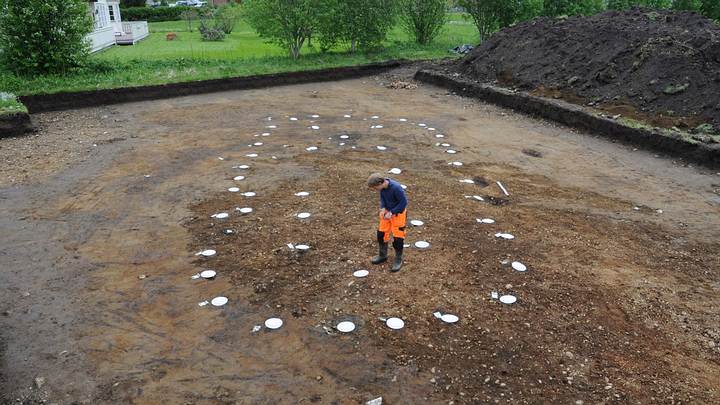 “As a result, the old Norse temples incorporated a distinctive tall tower on their sloping roofs, in what was a copy of the early Christian churches.”

Although the wooden building has disappeared, the holes for the posts remain giving it its shape, including the central post of its tower, something particular that was only used for the houses of gods.

The purpose of the site was also revealed by a concentration of kitchen pits where food for religious banquets was prepared, and numerous bones of sacrificed animals. 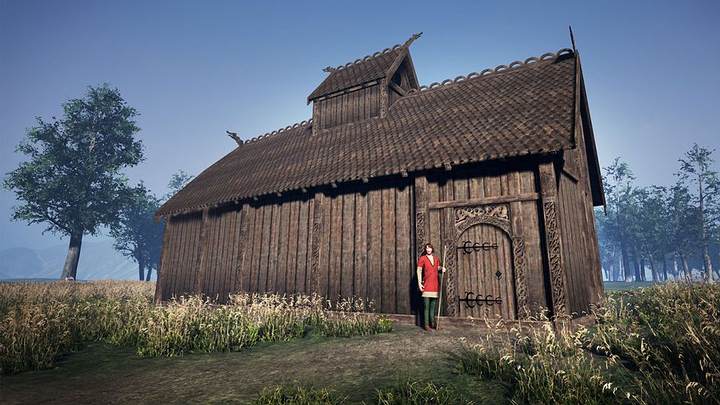 Digital reconstruction of the exterior of the house of the gods

“A few years ago we found a white stone in the shape of a phallus in the area, representing the male genitalia, which was probably part of old fertility rituals,” Diinhoff added.

The ceremonies would have taken place in the house of the gods during important festivals, such as those of the winter and summer solstices – the shortest and longest night of the year respectively. 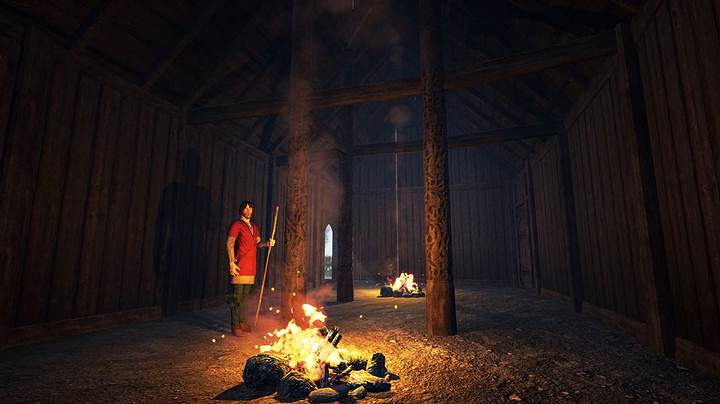 Digital reconstruction of the interior of the house of the gods

Meat, drinks and sometimes precious metals such as gold, would have served as offerings to wooden figurines inside the building representing for example to Odin, Thoroa Freyja, the goddess of fertility —who gave their names in English to Wednesdays, Thursdays and Fridays.

Since the gods could only participate in the festival in spirit, physical food and drink would be enjoyed by their worshipers.

The old Norse religion was suppressed in the 11th century, when Norwegian kings imposed Christian beliefs and demolished or burned buildings such as the house of the gods in Ose, to replace them with churches.

“So far there is no evidence that the house in Ose was part of that purge,” Diinhoff said. “However, we could find it with continued excavations, but we are not at that point yet.”