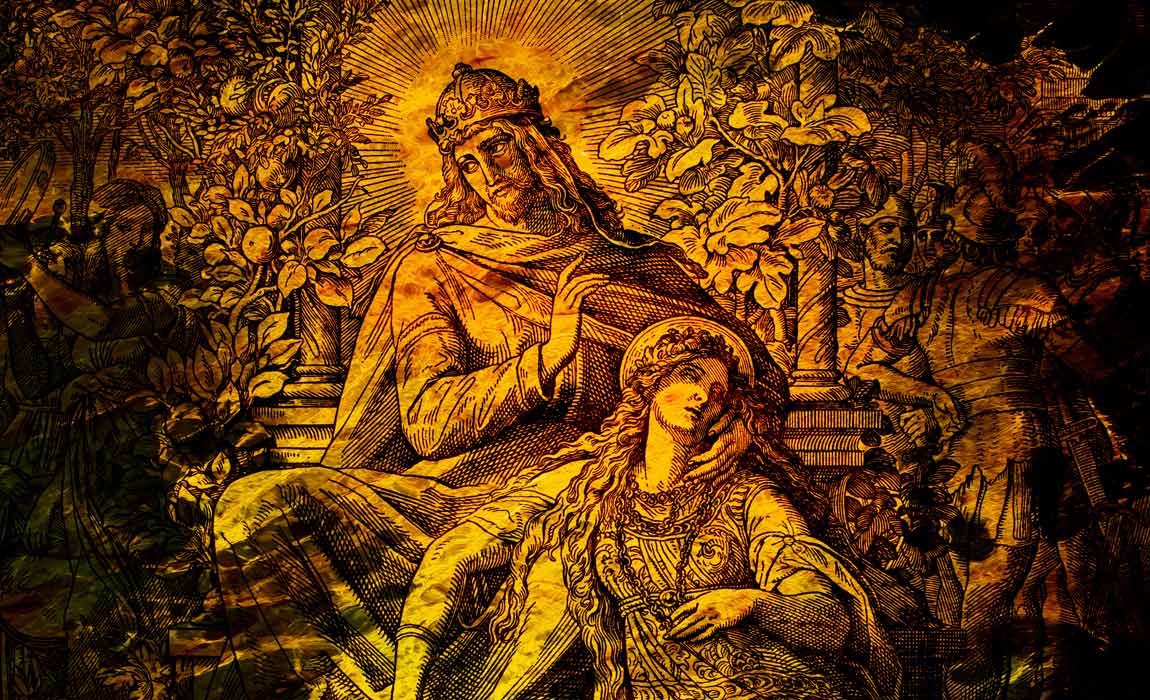 Artifacts of King Solomon as the Ark of the covenant and the Seal of Solomon: relics with supernatural, divine powers or perhaps ancient technology.

King Solomon was an important sovereign of Israel. He owned various mysterious artifacts such as the Ark of the Covenant, the Seal of Solomon and an unusual object called «Shamir». Technological properties were attributed to these devices as divine communication, flight, and paranormal properties like mastering the 4 elements of nature and the control of spirits and demons.

The Minor key of Solomon is a grimoire of demonology attributed to King Solomon. Talking about magical invocations to control angels and demons. It would also have instructions to acquire paranormal abilities such as invisibility.

Spells would use the power of God Yahweh. According to research, the Jewish rabbis made a copper plate engraving of this wisdom. This engraving was called Solomon’s clavicles.

According to the website MagicalKeysOfSolomon, the Hebrew king could have full understanding of the divine power of Yahweh and also dominate some 72 powerful  hierarchical groups of demons (Jinns or Genies).

According to the ancient text called Kebra Nagast or Book of the Glory of the Kings of Ethiopia, King Solomon was visited by queen of Sheba to learn about the famous Ark of the Covenant.

She stayed with the Hebrew king for a few months and became pregnant to Menelik. According to Kebra Nagast, Solomon visited Sheba and her son Menelik traveling in a “heavenly chariot”, a flying ship.

This seal came in a ring of divine origin delivered by the archangel Michael. This ring contained the very same seal of God in the form of a pentagram. It was made of bronze and iron.

It also had 4 precious jewels with which he could exercise control over the 4 elements of nature: air, water, earth and fire.

With this seal the king could summon and interrogate demons like Beelzebub. Thus he learned their names, dwelling places, what angel they were originally, their malefic functions and which angels had power over them.

In The Thousand and One Nights, this table is made of acacia wood, gold and with a mirror on its top. Roman and European legends and chronicles expose that this table possessed an esoteric power with which Solomon controlled the elements of nature and even some so cailled «Seven climates of the Universe».

It also served for remote viewing of anywhere in the world (and from the past and future). The writer Juan Eslava Galán explained that this table contained the real hidden name of God: the Shem Ha-Meforash that appears in Kabbalah.

This shamir could be an artifact or a creature or demon. It would have certain properties like radioactivity because it could alter or cut rocks, iron and diamond. Jewish mythology says that Solomon built the First Temple in Jerusalem with it.

The Ark of the Covenant

The famous sacred chest made since the time of Moses, guarded by Solomon in the First Temple of Jerusalem. The Ark of the covenant served as a linking artifact with the god Yahweh, through his cherubs.

God could appear among those statuettes, in the form of a cloud or plasma. This is something that emulate a hologram. The chest also possessed strange,  possibly electromagnetic properties.

These are the most fascinating artifacts in Solomon’s possession, made for him or presented by the Hebrew god himself. They are extremely enigmatic and expose the existence of an esoteric power in this important Hebrew king. There are also other objects such as the Tabernacle and the Menorah.

In this article:Ark of the Covenant, Key of Solomon