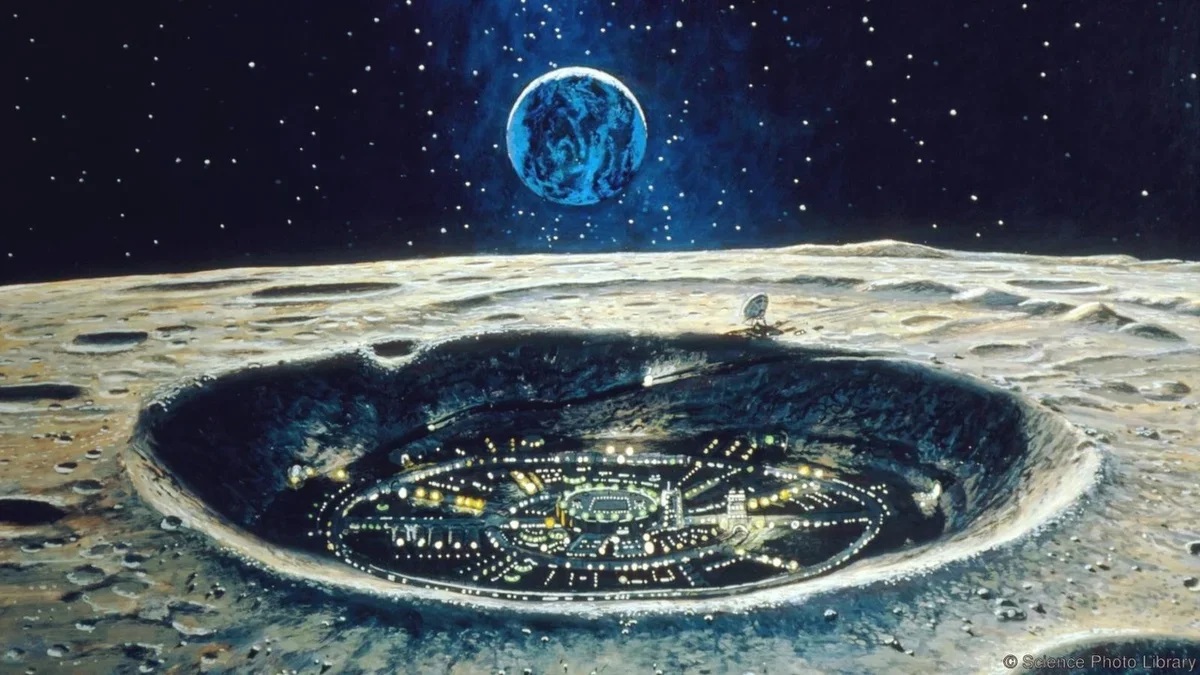 In 2007, a former NASA employee said that even the first Apollo missions collided on the Moon with a highly developed civilization. That its representatives got in touch with the top of the world’s major governments and entered into an agreement to conceal this fact.

According to Richard Hoagland, forty years ago, astronauts saw with their own eyes the colossal structures of the Lunar civilization. The pilots immediately relayed the information to the center with hundreds of supporting photographs being sent there.

However, a rather unexpected decision followed. NASA management decided to classify everything. Ken Johnston was ordered to destroy all original photographs.

However, the pilot secretly kept a few pictures and later demonstrated them to Hoagland. He was silent for almost 40 years, but the contract was terminated with him, and the scientist decided to make the secret public.

“I still have nothing to lose. I got into a fight with NASA and got fired.”

Following Hoagland, unknown enthusiasts began to post a lot of pictures on the net showing amazing and strange objects in the lunar landscape. Moreover, some photos were published even on the official Nasa website.

However, NASA leadership did not react to these provocations.

But Hoagland, on the contrary, stepped up his activities. In one of the interviews he said:

“… the Apollo project confirmed the existence of an amazing ancient, but still human civilization on the moon. It was founded by our ancestors in scary thinking which tribe. But we’ve only been able to release a tiny fraction of the information NASA has obtained about an ancient, long-lost human civilization that suggests that humans once inhabited the entire solar system. This is evidenced by the data received from Mars, they are also classified … ” .

According to Hoagland, it turns out that thousands of years ago, human civilization was at the peak of its development. We have at least inhabited the Earth, the Moon and Mars. Who knows, perhaps our distant ancestors traveled between the stars.

Why humans have fallen into savagery is not clear. Perhaps there was a global war, and civilization fell into decay.

By the way, the conclusions of Richard Hoagland are confirmed by many archaeological finds on Earth. To date, there are hundreds of artifacts of unknown origin. They directly testify to the fact that in the distant past, our planet was inhabited by highly developed civilizations.

Consonant with the statements of the astronomer and ancient legends

For example, the myth of Ancient Egypt about the mighty deity Thoth. Tradition says that he descended from the moon to give people wisdom. There are many such legends. What if these gods are just our more evolved relatives from the moon? Perhaps they, unlike us, managed to preserve the ancient knowledge.

However, these days, the “lunar relatives” are in no hurry to renew their acquaintance. For some reason, they do everything possible to remain incognito.

Perhaps their population is small and they believe that in the event of close contact with humans, their race will simply dissolve in the humanity of eight billion within a few generations.

One way or another, they manage quite well to maintain the status quo.

There is a theory that back in the early sixties, two seemingly irreconcilable opponents of the USSR and the USA planned to unite for the speedy implementation of the lunar program.

Just imagine, they have not yet had time to cool down from the fever of the Caribbean crisis, but they are already planning a joint large-scale project.

The impetus for such actions for the US president was the so-called Brookings report. And, perhaps, the top politicians had some other information, forcing them to hurry.

Already in the summer of 1961, Kennedy offered Khrushchev cooperation at an informal meeting. Apparently, the circumstances were such that they forced the heads of state to put aside all ideological differences.

But the forces hiding the truth proved to be more powerful than the leaders of the two superpowers. The US president is soon killed, and a conspiracy is brewing against Khrushchev in the Politburo. Soon he will be sent to a “well-deserved rest.”

Their successors take irreconcilable positions, a situation of fierce competition is created, in which a lot of resources are spent on ensuring information security. All this slows down space programs.

As a result, humans reach the moon only after eight years. But even after that, having made only a few expeditions, the programs are completely curtailed.

In this article:Apollo missions, Moon