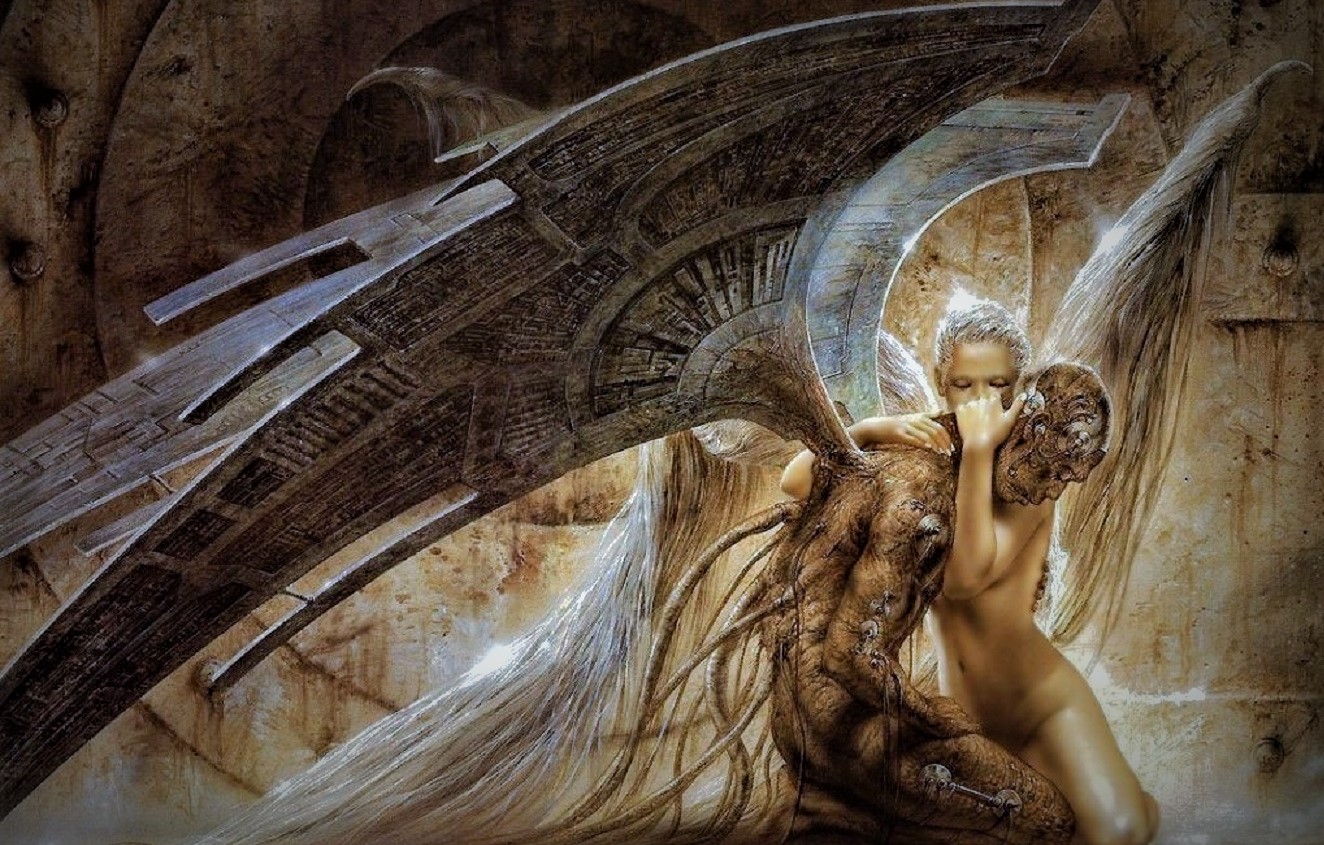 The Enochian comes from the private journals of the mathematician, astronomer and personal occultist of Elizabeth I, Queen of England, named John Dee; and of his successor, the enigmatic Edward Kelley, one of the most notable figures of the esoteric revival.

Both John Dee and Edward Kelley argued that the Enochian was revealed to them as part of a series of angelic messages, whose purpose was to raise human magic to a whole new level.

Centuries later a similar episode occurred, from the hand of the occultist Aleister Crowley and his contacts with the ominous angel Aiwass.

These communications led to the creation of one of the most scandalous cursed books in history: The book of the law (Liber AL vel Legis).

The Enochian survived in the diaries and notebooks of John Dee and Edward Kelley, along with some short English translations.

Currently, the Enochian continues to be closely studied by several prominent linguists, although with more detractors than followers.

Neither John Dee nor Edward Kelley ever speaks of Angry, but of Angelic, Heavenly Language, Language of the angels, the First Language of God Christ, Sacred Language, Adamic, and other epithets.

The term Enochian comes from Dee and Kelley’s theories that the biblical patriarch Enoch – the same as The Book of Enoch – was the last man to know all the possibilities of that language.

The idea that an antediluvian angelic language existed was quite common in John Dee’s time; and not without some logic.

If angels routinely interacted with humanity, as is clear in many passages of the Bible, then it would be possible for that interaction to occur in a kind of “common language,” a low and degraded language for angels, but remarkably complex for men.

The first mention of the Enochian occurred in 1581. John Dee noted in his diary that God sent him an angel to communicate his intentions directly.

In 1582, John Dee joined Edward Kelley as a medium. Apparently, together they managed to contact that angel, who revealed some rudiments of the Enochian.

John Dee argues that the Enochian is, in short, the language of God, the language that the Creator used to give an objective form to his mind, that is, to create the universe.

The angels are able to speak that language, just like Adam, but not with the nuances and subtleties of the divine palate. And men, even less qualified than angels, must conform to a rough and inaccurate pronunciation.

By comparison, human languages ​​sound like baby babbles in the face of the complexities of the Enochian.

After the embarrassing episode of the Tree of Knowledge (and that apple that never existed), Adam and Eve were expelled from paradise, but they took with them the Enochian, the same one that Adam had used to name all things.

In a way, John Dee argues that, over time, the Enochian gradually degraded, until it became what we know as proto-Hebrew, with few links to that tongue of angels.

The supposed angels who communicated with John Dee and Edward Kelley stated that only Enoch disagreed and that he secretly wrote a forbidden book capable of evoking the most powerful primordial magic: The Loagaeth Book (the book of God’s discourse).

Sadly, the angels commented with discouragement, that the book was lost during the Universal Flood due to a neglect of Noah.

In this article:language of God, primordial magic