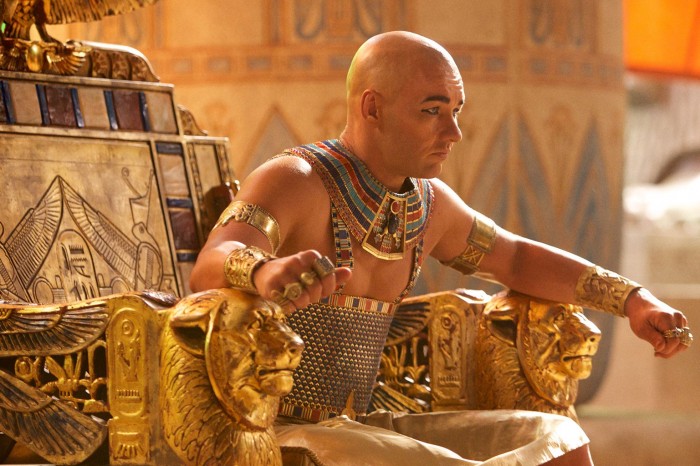 Ancient Egypt, mummies, pyramids, papyri – at different times to this day, they excite the minds of historians and simply interested people from all over the world.

Many phenomena have long been explained by Egyptologists, but some of the mysteries still defy explanation and are the subject of controversy.

“The medical knowledge of ancient Egypt left the rest of the world far behind,” as Homer wrote in the Odyssey. The Egyptians were experts in medicine, and they were special experts in contraception.

All methods were identified from discovered drawings or found in documents of Ancient Egypt. First, they used condoms (yes, in 1350 BC) made from animal tissue or intestines.

Homemade birth control pills were made from ground pomegranate seeds and wax – the estrogen contained in pomegranates reduced the likelihood of conception. Candles based on honey, dates, excrement of elephants and crocodiles were also used.

How did the Egyptians take care of their skin and hair? Grooming products were mainly used to protect skin and hair from the hot desert air. The base was oils squeezed from fruits or nuts. The soap was made on the basis of clay, animal fat, salt.

As for the hair, the Egyptians often got lice, so they smeared their scalp with oils, or even shaved their heads and wore homemade wigs. To maintain youthful skin, women used plant seed oils.

Both women and men of Ancient Egypt used cosmetics. The arsenal included many products: eye makeup was made of copper and lead, black “eyeliner” for the eyes was kohl (modern antimony). When applied, two colors were widely used: black and green. The Egyptians believed that makeup had healing powers.

Again referring to Homer, “Egypt is a land rich in medicines.” There were medicines for all kinds of diseases that were prepared from a variety of ingredients.

For the manufacture of the ancient Egyptians used oils, dough, dates, onions, garlic, flax seeds, dill, opium, as well as various minerals, lead, antimony and copper. Meat, blood and entrails of animals were also used. All these “medicines” were mixed with milk, wine or beer, or they were made into decoctions. Some infectious diseases were treated with moldy bread.

The Egyptians were the “champions” of ancient mathematical calculations. Mathematics has been used in various areas of life.

Miracles of calculations were discovered within the walls of the Abu Simbel temple. The temple is designed in such a way that twice a year a sunbeam overcomes a 65 m long corridor and illuminates the statues of the gods: Amon, Ra-Horakhti and Ramses II.

The sun never falls on the god Ptah. In addition, two days of this phenomenon are the birthday of the pharaoh and the day of his coronation (October 22 and February 22).

The Egyptians measured time as usual for us: in years, months, days, hours. One of the earliest and most sophisticated solar calendars originated in Egypt.

The year was divided into 12 equal months, each of which contained 30 days. Most of the months in the Egyptian calendar are named after various deities. In chronology, the ancient Egyptians relied on the dates of the reign of the pharaohs.

Undoubtedly, the term “air conditioner” itself only appeared around the 19th century. However, the ancient Egyptians invented their own version of the air conditioner, mainly for cooling the palaces of the Egyptian pharaohs.

The structure was a superstructure over the building in the form of a tower with holes in the upper part, through which air entered a special reservoir with water, and from there – into the room.

In ancient Egypt, polarity refers to all phenomena. The Egyptians’ deep understanding of the nature of duality in the universe is reflected in many ancient texts and drawings. For them, there was a certain spiritual connection between the two opposites.

Morality among the ancient Egyptians prevailed over the law, which was due in part to the peculiarities of religious culture. They understood the nature of the sense of justice, they knew that the guilty should be punished and the good should be rewarded.

A vivid example – in Egyptian mythology, there was a female monster (it is difficult to call him a goddess; in the picture above), Amat, which destroyed the souls of the dead who committed sins throughout their lives. It was mainly Maat, the goddess of truth, law and order, who served justice in Ancient Egypt.

The ancient Egyptians treated people who were unlike others – dwarfs, giants, people with congenital physical disabilities, with deep respect, shortcomings did not affect the position in society in any way, in matters of work they were always preferred.

The Sphinx, one of the most mysterious historical monuments, is a mythical creature, a lion (incarnation of the god Ra) with a human face (pharaoh), the origin of which is food for thought for modern archaeologists.

Many scholars claim that the statue depicts the Pharaoh Hevren. According to the found signs, the time of the emergence of the Sphinx dates back to the period of his reign, approximately 2500 BC.

Also, the sculpture was buried under the sand for a long time and was reconstructed several times. Until now, no one can explain the origin of the man-made monument, this gave rise to an infinity of versions, opinions and guesses.

The supreme rulers of Ancient Egypt were traditionally called “Pharaohs”. Pharaohs were worshiped, they were considered half people, half gods, or at least intermediaries between heaven and earth.

The longest reigning pharaoh is Piopi II, whose reign lasted 94 years and was the longest in world history. According to scientists, the secret of Piopi’s longevity is that he always protected himself from flies and other insects that were carriers of diseases: there were always several slaves smeared with honey near him.

The Pyramid of Cheops

It is hard to imagine that the largest of the Egyptian pyramids was built from 2.3 million stone blocks, each weighing more than two tons, and using simple tools in its construction.

There are many hypotheses regarding the construction technique of the monument. The four sides of the Cheops Pyramid look to the four cardinal directions. For about 4000 years, the pyramid was the tallest structure on Earth (139 meters), but in 1310 it was overtaken by the Lincoln Cathedral of the Virgin Mary.

The location of the Cheops pyramid is truly unique and mysterious: scientists have repeatedly mentioned that the pyramid was erected exactly in the center of the land of the earth. Also, the meridian, on which the top of the monument is located, divides the land and sea surfaces equally.

Nowhere were cats worshiped like in ancient Egypt. These animals were sacred, their image was endowed with a symbolic and mystical meaning.

During the time of the cat cult, killing the magnificent animal was punishable by death. When the cat died, the owners fell into deep mourning and shaved off their eyebrows as a sign of grief.

The body of the cat was mummified and buried by placing milk and mummies of mice in the tomb. In 1888, an Egyptian farmer discovered a huge tomb containing about 80,000 mummified cats.

In this article:Ancient Egypt, Egyptian mysteries