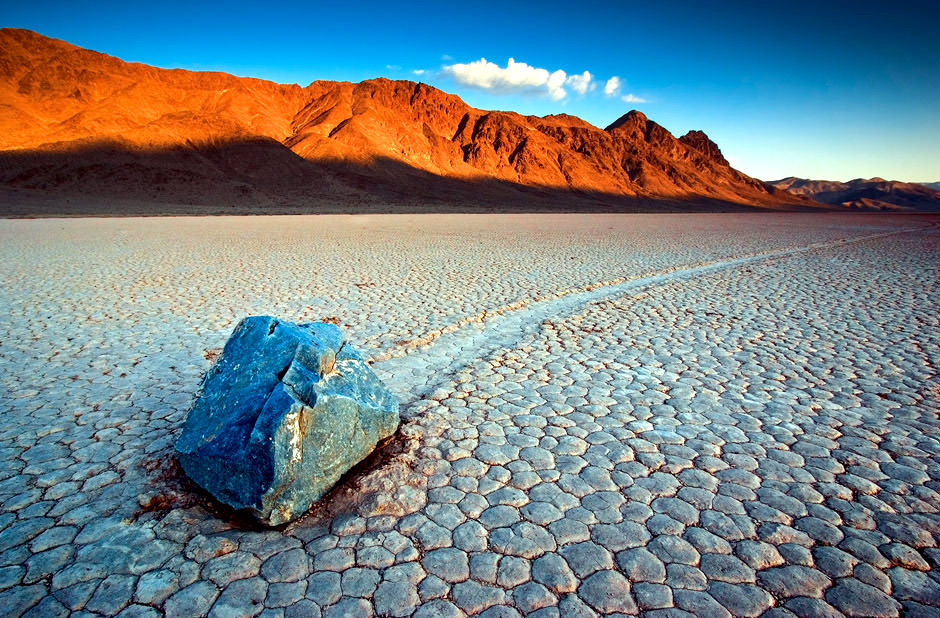 For centuries, stories have been told of creatures, some human and some not, living in huge caverns deep below the Earth’s surface, but who or what these creatures are and what they want remains unanswered.

Sometimes these rumors are based on half-forgotten gossip, and rarely are there anything accurate or concrete about them, but there are also ancient structures, such as a necropolis in Malta, that confirm such stories.

This strange underground structure, which is 6000 years old, is one of the famous underground dwellings in Europe. There are several others, including Derinkuyu in Turkey, the underground city of Naurs in northern France, and of course the delightful and very beautiful city of Petra in southern Jordan.

It’s really strange, but at least we know they exist, but there are others that are more dubious, especially those that suggest the existence of long-lost technologies. One of them is the legendary city of Shin-Au-Av, which is said to lie deep beneath Death Valley, a vast and barren region located on the border between California and Nevada in the United States.

This strange hidden city, whose name means the Land of God or the Land of Spirits, contains many unusual and out of place artifacts that should not belong to the era in which it was supposedly built. There are two versions of how this underground city appeared.

According to one version, it is associated with a race that existed at the dawn of time and spread throughout the world; they were called the Serpent People. In India they were known as nagas or serpents, and in ancient Mexico as Quetzalcoatl or winged serpent, while the Chinese knew them as lungs or dragons. In ancient Britain, they were called adderamims or wise serpents.

They have always been revered and considered helpers and prophets. All legends say that this mysterious race can take on a reptilian form as well as a human and, like reptiles and snakes, they live under the surface of the earth and have created cities there.

Under the guidance of these serpent people, dragon cultures developed, which usually included the construction of huge pyramids and other structures. These cultures were ruled by benevolent dragon-kings, and even today traces of these vanished races are still visible.

In fact, these Paiute-related legends have strong parallels with other Native American tribes, especially the Hopi and Zuni people, whose myths and legends tell of ancestors who emerged from the dark underworld.

It is unlikely that these people had direct contact with each other at the dawn of history, so it is curious how closely their legends are intertwined. For centuries, North American Paiute legends have told of this lost city, also known as the Land of Spirits.

According to legend, the city of Shin-Au-Av was founded when the young god Shinauawakaits was asked to carry a sealed bag through the desert and open it only when it reached the other side of the desert. But because he was young and felt some movement in the bag, the god became curious and opened the bag, allowing its contents, in this case hordes of people, to escape. These people saw mountains in the distance and ran towards them.

One of the elder gods saw this and wanted to know why they did this, and a furious argument broke out. According to legend, people heard everything but saw nothing, so they got scared, dug a tunnel and hid in it, and this is how an underground city arose.

These events became part of the creation legends of the Paiute tribe and were incorporated into their belief in an afterlife. Another part of this legend tells how, many centuries later, the wife of a Paiute chief died in childbirth, and he decided to go to the land of the dead to reunite with her.

To do this, he had to go through many miles of underground passages, and along the way he was attacked by terrible creatures that lived there. Finally he reached the end of the passage and found himself standing at the end of a narrow bridge hewn from solid rock. He crossed the bridge and finally entered the land of the dead, which was controlled by the Shin-au-av.

One of the residents met him; it was an extraordinarily beautiful woman with serpentine features who led him to a vast open space. There he saw thousands of dead members of his tribe dancing; he asked if his wife was with them.

His guide told him that she was, and that as soon as he found her, they should both immediately leave the valley and, like Lot’s wife in the Bible, should not look back for any reason. The chief promised, and for several hours he watched the dancers until he saw his wife. He called to her and she turned and saw him.

She stopped dancing and ran to him, and both of them went along the stone bridge leading from Shin-au-av to the top. However, he forgot his promise and turned to take one last look and see where he was, and when he did, his wife and city vanished in an instant. After recovering from the shock, he climbed out of the cave and returned to his tribe. He spent the rest of his life describing the peace, happiness and beauty he found in the underworld.

No one remembered these legends until an article appeared in the Union Tribune in 1947. The article mentioned that a few years earlier, the remains of an ancient city, an ancient civilization, had been found in the desert. These remains included an underground city where huge skeletons and mummies in leather robes were found, and the walls of the city were covered with strange carvings and paintings.

The article also said that in 1931, an archaeologist discovered tunnels leading to the city under Death Valley, and intended to dig and explore everything there. He said that they had already begun removing skeletons from the caves, most of which were about 2.5 meters long. The article also says that strange artifacts were found, unlike other finds.

The skeletons, like the mummies, were still wearing clothes that were made from hair. According to initial testing, their age leaves about 80,000 years.

It was also reported that another cave was found. This cave, called the Temple, was apparently used for ceremonies or rituals and contained objects and strange signs similar to those used by Freemasons.

A long tunnel from this area led to another room containing the bones of saber-toothed tigers, dinosaurs, elephants and other animals that were displayed in niches in the walls. The men had the impression that some kind of catastrophe had occurred on the surface of the earth, and people took refuge in this complex system of caves.

The dwellings were well equipped, and among the items found were items they could not identify, and only after 1947 were they identified as microwave ovens.

It was also found that the city was illuminated by gas lighting, which was powered by sources of natural gas. Elsewhere were huge stone doors that seemed to be operated by a complex system of counterweights. Apparently, other forms of illumination were also used, which took the form of hundreds of spheres set in a cave system.

The spheres contained pieces of rock that were found to be slightly radioactive, and it is thought that they may have once served as a source of light. In addition, other completely inappropriate devices resembling radios were found. After the article appeared in the Union Tribune, another Nevada newspaper, the now defunct Hot Citizen, published another article titled Expedition, which reports the discovery of two and a half foot skeletons.

This article said that many people doubt these claims. Even today, there are still doubts about rumors of giants and hidden artifacts in these tunnels. Some believe that this was all invented by the author, others are sure that the evidence exists and is hidden from the general public.

This is nothing new, as governments, for various reasons, often withhold what they consider to be sensitive information from the public. There is also a story associated with an underground city in this region. It says that two men in the early 20th century were traveling through Death Valley, and one of them allegedly fell into an old mine at a place called Wind Gate Pass.

Fortunately, he did not receive serious injuries, he called his companion, who went down to him. They ended up in a cave through which they claimed to have traveled about twenty miles into the heart of the Panamint Mountains. They claim that they ended up in another cave, where there is a large city that was underground.

They found that at some distance above the ground there were openings leading outward. They looked outside and realized that the valley below was once under water, and the holes seemed to have been made for ships, and eventually concluded that the arched openings were old shipping docks.

The men took a few small items and then left. They reported their find and decided to return to see if there was anything else of value, but could not find the original entry point.

Artifacts, some of which were supposedly made of gold, disappeared without a trace. As for microwave ovens and communication equipment, they also mysteriously disappeared from the bank vault where they were stored, and, like other items, have never been found.

The area where these finds were made later became part of the US Naval Weapons Testing Site and is now inaccessible to the public, so it is currently impossible to verify how true these claims are.

In this article:hidden cities, Serpent People