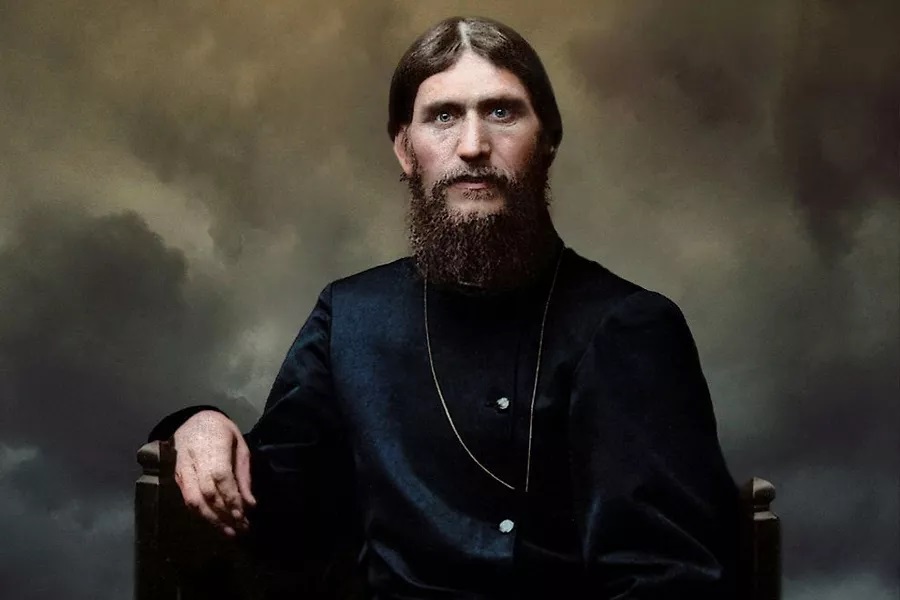 There is a contradictory attitude towards Grigory Rasputin in Russia. Some called him an obscene dork from the village, while others saw him as a close friend of the royal family. Nevertheless, despite his appearance, Rasputin was a real clairvoyant. Many of his predictions came true, happening right now before our eyes.

Grigory Rasputin was born in the small Russian village of Pokrovskoye in the Tobolsk province. From an early age, he was fond of religion, and after that he wandered around the holy places of Russia. Having moved to St. Petersburg, Rasputin quickly gained fame as an old man and a prophet, as he could predict the future, healing people from various diseases along the way.

Here he was spotted by the empress, whose son, the heir to the throne, was ill with hemophilia. The prayers of Rasputin stopped the bleeding, and the boy quickly regained his senses. So the unknown villager became one of the most influential people in Russia.

Back in 1910, 7 years before the well-known events, Rasputin predicted the death of the royal family. Then he expressed his concerns to the Empress, but she considered them insulting. Nevertheless, he wrote in his diaries:

“Every time I hug the tsar and mother, and the girls, and the prince, I shudder with horror, as if I were hugging the dead … And then I pray for these people, because in Russia they are the most need. And I pray for the Romanov family, because the shadow of a long eclipse falls on them“.

After the revolution, the death of the Romanov family was put in the bottom drawer. They returned to them only in the late 90s, when almost 100 years had passed since the execution.

At the same time, Rasputin saw the events of the October revolution, which would completely change the state structure of Russia:

“Darkness will fall on Petersburg. When its name is changed, then the empire will end.”

Since 1914, for 10 years, the capital will become Petrograd, due to the conflict with the German Empire. Then the country tried to move away from everything German, in particular from the word “Burg”.

Rasputin would not have been a clairvoyant if he had not predicted his own death during his lifetime. He knew that he would be killed. If simple “robbers from Russian peasants” do this, then Tsar Nicholas may not fear for his fate, and the descendants of the Romanovs will reign “for a hundred years or more,” the elder wrote.

If the murder is committed by the nobles – “relatives of the king”, then the future of Russia and the royal family will be terrible. “The nobles will flee the country, and the king’s relatives will not be alive in two years, and the brothers will rise up against the brothers and will kill each other.” As you may know, the second option has become a reality.

The most interesting thing is that Rasputin also saw catastrophes at nuclear power plants, before which he still had to live and live.

“Towers will be built all over the world, they will be castles of death,” Rasputin believed. “Some of these castles will fall, and rotten blood will flow out of these wounds, which will infect the earth and sky. Because clots of infected blood, like predators, will fall on our heads. And many clots will fall to the ground, and the land where they fall will become desolate for seven generations.”

As you can already understand, Rasputin had a special gift of divination. Let’s turn to his manuscripts and find out what he predicted for us in the near future, because, unlike his colleagues in the mystical workshop, he conducted a special calculation that determined the exact century of a future event. Here is what Rasputin wrote about the 21st century.

“The seas, like thieves, will enter cities, houses, and the lands will become salty. And salt will enter into the waters, and there will be no water that is not salty.”

It is not difficult to guess that we are talking about the flood in Japan in 2011. Then the world simply could not imagine what destructive power the water element possesses, which threw waves 40.5 meters high ashore.

“When times approach the abyss, the love of man for man will turn into a dry plant,” the elder admonished. – Only two plants will grow in the desert of those times – the plant of profit and the plant of self-love. But the flowers of these plants can be mistaken for the flowers of love. All mankind in this accursed time will be consumed by indifference“.

From this quote, you can understand what is being said about the decline of moral values. Indeed, in the 21st century, many human qualities have depreciated, which has led to the moral degradation of society.

Rasputin’s quotes devoted to the Russian invasion in Ukraine looks the most interesting.

“People are heading towards disaster. The most inept will drive the wagon in Russia, and in France, and in America, and in other places… Mankind will be crushed by the march of madmen and scoundrels. Wisdom is bound in chains. The ignorant and powerful will dictate laws to the wise and even the humble. Three hungry snakes will crawl along the roads of Europe, leaving ashes and smoke behind them, they have one house – and this is a sword, and they have one law – violence, but, having dragged humanity through dust and blood, they themselves will die from the sword … “.

“The time of peace will come, but the world will be written in blood. And when the fire goes out, the second fire will burn the ashes. Few people and few things survive. But what remains will have to be subjected to a new purification before entering the earthly paradise”.

Analyzing Rasputin’s words about the 21st century, one can understand that the war in Ukraine will have enormous consequences for all its participants.

Nevertheless, there will be peace, because we are waiting for it so much.

In this article:Rasputin, Ukraine war