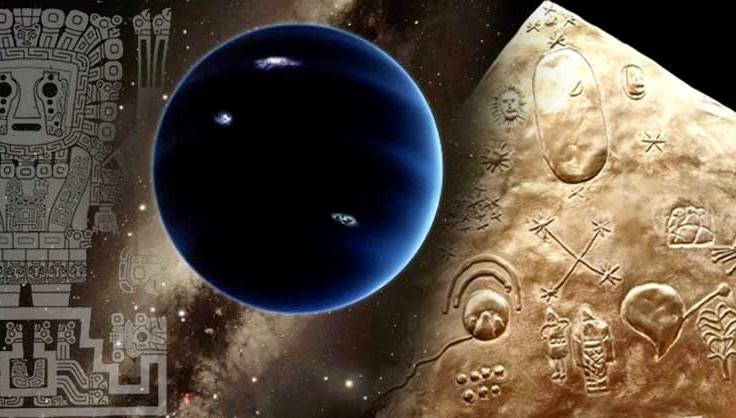 In the Coricancha panel there is information comparable to that found on the Akkadian seal VA243 of Sumerian origin: both in fact show the solar system in its complexity, as well as being certain proofs, that both the Sumerian people and that of the Inca Civilization, had certainty of the presence of NIBIRU, located between Jupiter and Mars.

The Incas built several beautiful temples for their Gods: the most important is undoubtedly Coricancha, the “golden garden” in the heart of the city of Cuzco, Peru. It is also called the “Golden Temple” and was built in honor of the Sun God, known as Inti. In the Inca religion, Inti was the god of the sun, son of Viracocha, the god of civilization. 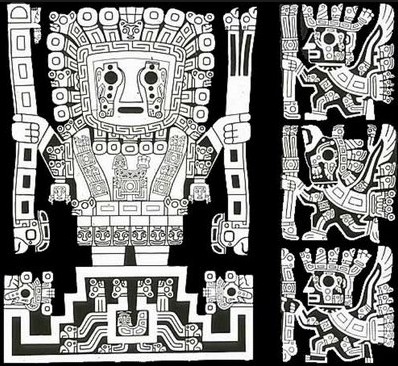 Viracocha (or Con Tiqui Viracocha) was one of the main Inca deities. He was regarded as … Viracocha, like other gods, was a nomadic god and had a winged companion, the Inti bird

It is said that in its origins it was a fantastic place with gilded doors, emeralds set in the walls, floors covered with gilded sheets and gardens full of gold statues, of emeralds and courtyards full of gold statues and animals of all kinds: birds, jaguars, llamas, monkeys, butterflies etc .. It is thought that the original construction of Coricancha took place by order of Pachacuti Inca Yupanqui, the Inca emperor, while the temple was later enlarged by another emperor, Manco Capac at the beginning of the century. The site wanted to depict the sun with rays shining in all directions.

The Spanish colonizers demolished the temple, and built the Church of Santo Domingo on top of it, trying to annihilate any belief of the Inca people: the gold was melted into ingots which were claimed by the King of Spain. In addition to the Temple of the Sun, Coricancha was composed of five other temples dedicated to Viracocha, the creator god, Quilla, the goddess of the moon, Illapa, the god of thunder, Cuichu, the god of the rainbow and Venus, the goddess of dawn. : in each site there was a statue in honor of the respective god, as well as numerous religious artifacts.

The golden panel of Coricancha

In the Temple of the Sun of Viracocha, our attention is drawn to a golden panel featuring a strange “egg” and an elliptical orbit that divides the panel into two zones: one with five planets and one with four.
Scholars tell us that the egg represents ‘the primordial egg’ from which the stars, man and woman, and all the elements present in the panel are born: but they cannot explain why in the ellipse there is … another planet. Other artifacts of Sumerian origin reveal a link between the old and the new world, but the Coricancha panel could indicate much more, and perhaps until now it has been underestimated for its importance. 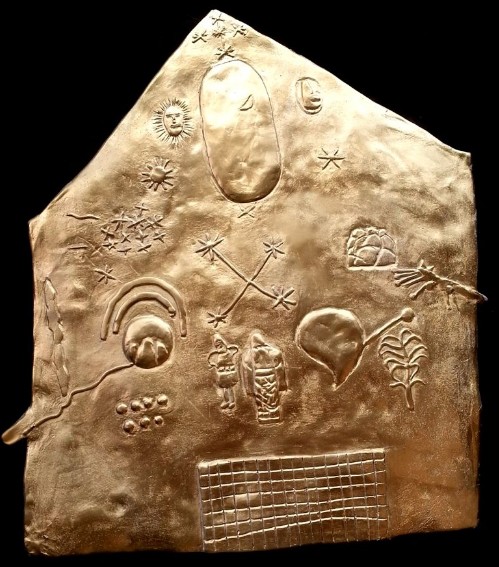 In the Viracocha Sun Temple, our attention is drawn to a golden panel featuring a strange “egg” and an elliptical orbit that divides the panel into two zones: one with five planets and one with four

Did the INCA people know NIBIRU?

Author Wayne Herschel developed an interesting theory about the panel after Zecharia Sitchin also spoke about it in his book “Gods of Golden Tears”. According to Herschel, the panel contains two very important pieces of information: the confirmation that in ancient times all the planets of the solar system, and the existence of Nibiru. 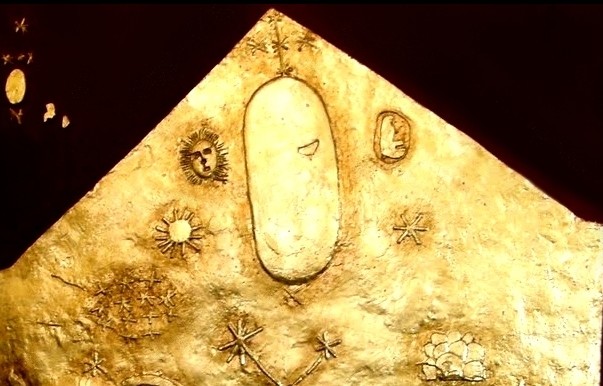 The Coricancha panel appears to contain information comparable to that found on the Akkadian seal VA243 of Sumerian origin: both in fact show the solar system in its complexity, as well as being certain proofs, that both the Sumerian and the Inca people had certainty of a 10th planet located between Jupiter and Mars. 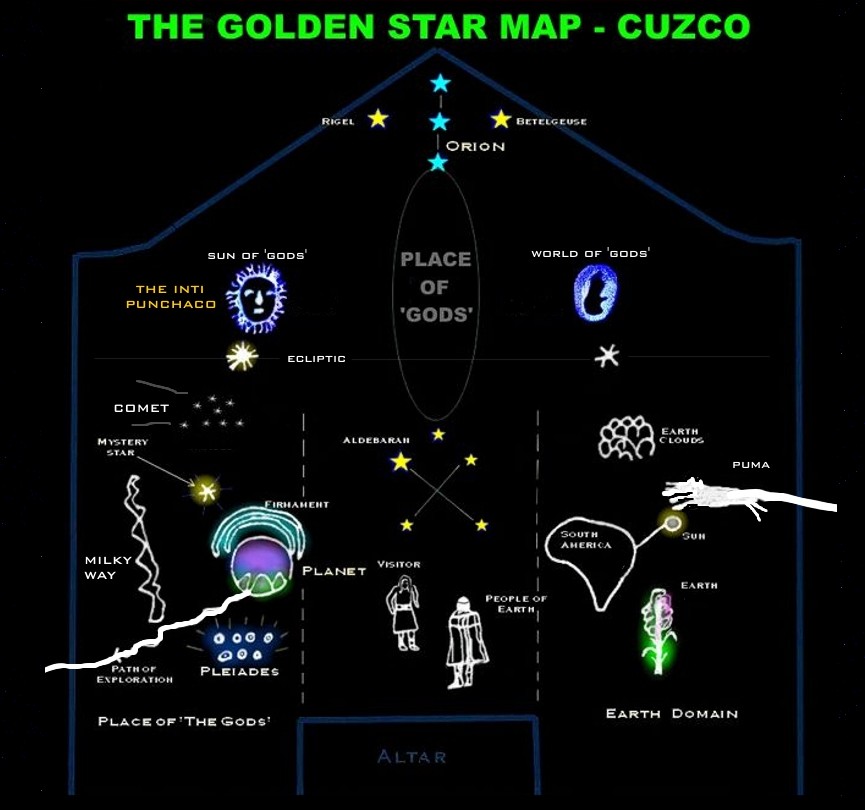 The gold record of Cuzco

Most experts agree that it may be a real star map, while for others, the panel indicates the position of the “missing solar disk”: the legend tells of the Spanish “conquistadors” who arrived in Peru, and of an Inca priest named Aramu Maru who escaped from the temple stealing the sacred disc for the Inca people.

Believed to be a gift from the god Viracocha, the Inca priests in the Temple of the Sun used the golden sun disc to check the spiritual health of their entire empire. The Golden Sun Disk was used to control 41 energy lines emanating from the temple throughout the Inca territory, which were intended to control the welfare of the people: the priests considered the Temple of the Sun as the center of the known universe, and the disc of the Golden Sun it was located in the center of the temple. 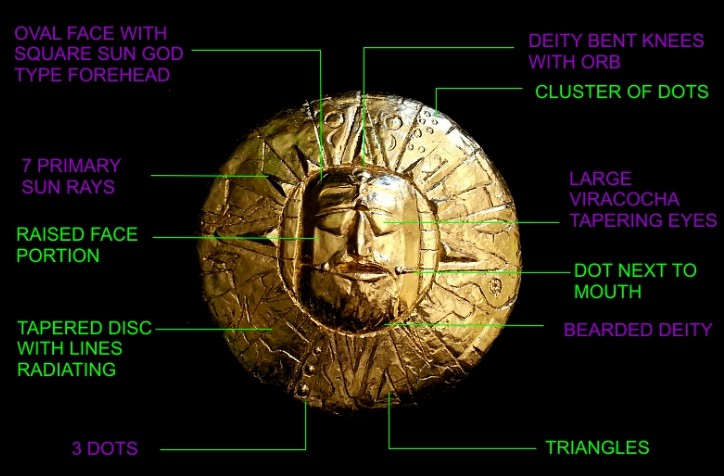 It is said that the disc was six or seven feet in diameter, composed of a particular “translucent gold” of celestial origin, given to the Inca by the god Viracocha. The disc possessed the power of healing, but also that of unleashing violent cataclysms or serving as a portal for shamans to travel to other spiritual dimensions. Some time before the conquistadors took over the Coricancha Temple, the Disc of the Golden Sun was removed and hidden elsewhere in the Inca Empire: a local tradition says that shortly before the Spaniards invaded Cuzco the disc was brought “In the sun ”By the powerful Inca chief, Manco Inca. So, did the Incas also know Nibiru as the Sumerians?