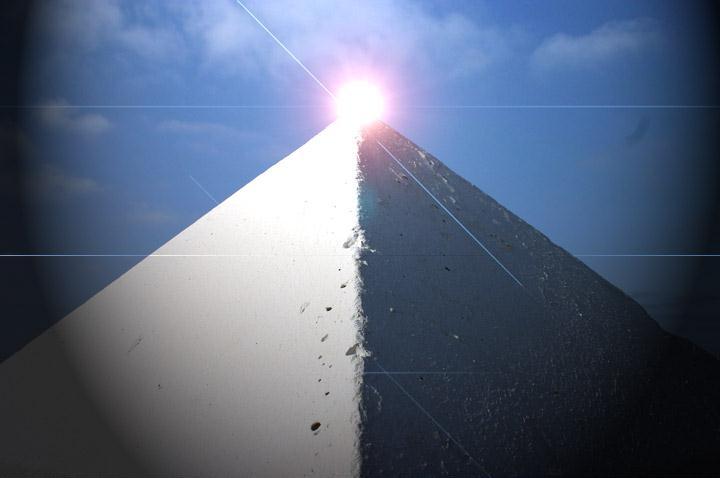 The largest pyramid in the world would be in China and its size would be so colossal that it would make the Great Pyramid of Giza look like a miniature. But where is it? What records are there of its existence? We analyze it in this article.

Scattered throughout an isolated area of ​​Shaanxi province, near the ancient capital of Xi’an, lie dozens of spectacular pyramidal mounds little known to Western archeology. Mixed in with these incredible tombs, there is the legend about a huge 1000 foot white pyramid topped with a gem that would outshine the Great Pyramid of Giza (which originally had a white cladding as well).

While some researchers believe that the aerial sightings of this pyramid correspond to the Maoling mausoleum, tomb of Emperor Wu of Han, others maintain that it has not yet been found.

Reports of sightings of a huge pyramid in China date back more than a century. For example, in the journal of the American traveler and merchant Fred Meyer Schroder, who sighted a group of pyramids in the distance while walking with a Buddhist monk who was acting as a guide, in Shaanxi province, in 1912. A giant pyramid surrounded by others smaller.

“It was even rarer than if we had found them in the jungle,” he wrote. “But these pyramids were partially exposed to the eyes of the world and yet totally unknown to the Western world.”

Schroder estimated that the main pyramid was at least 300 meters high and 500 meters long on each side. Such dimensions would give the structure a volume ten times greater than that of the Great Pyramid in Egypt, which is 140 meters high. Likewise, the American’s Mongolian guide, referred to as Bogdó, informed him that these constructions were at least 3,000 years old and that some information about them was recorded in ancient monastic documents, as well as in local legends.

The second and most famous of the Xi’an White Pyramid sightings came from a pilot from the United States Army Air Force named James Gaussman, who was flying from China to Assam, India, in the spring of 1945, when he reported seeing a huge white pyramid topped with something glittering in southwest Xi’an. Later he wrote:

«I was flying around a mountain and its valley. Directly below us was a gigantic white pyramid. It looked like something out of a fantasy novel. It was covered in a shiny white material; it could have been metal or some form of stone. It was white on all sides. What was most curious was its top, crowned with a large piece that looked like a precious gem. I was deeply shocked by the colossal size of this thing.

Just two years after the alleged Gaussman sighting, Colonel Maurice Sheahan, director of Trans World Airlines For East Asia, he was flying over a valley near the Qinling Mountains, about 40 miles from Xi’an in Shaanxi province, when he spotted a giant pyramid in the landscape below him. 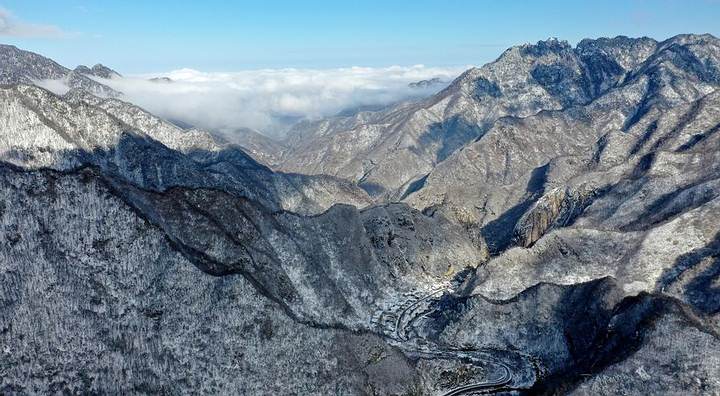 In the article, Sheahan is quoted as saying that the pyramid was about 300 meters high and 450 wide, and that it seemed “to dwarf those of Egypt.” Two days after the report, the newspaper published a photo of the alleged pyramid, which was later attributed to Gaussman.

Meanwhile, Chinese archaeologists strongly denied that such a pyramid existed. 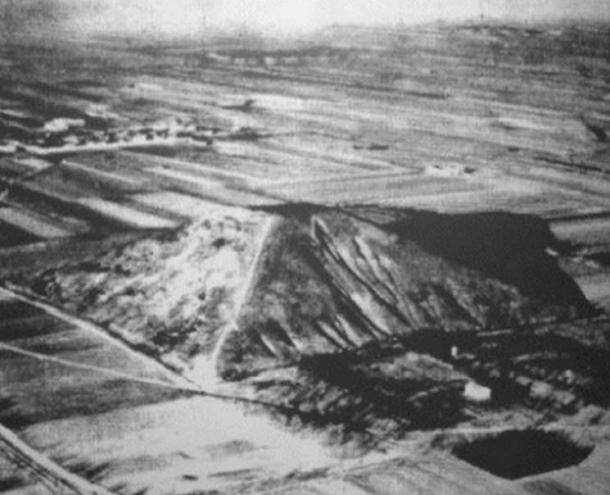 The photography was somewhat disappointing; It was not pure white and did not have a gleaming gem on top, and it definitely did not look like a structure rising 300 meters, which led to the belief that it was probably an illustrative image added by the newspaper and not the one taken by Gaussman.

Later, the pyramid of the image in the New York Times was identified as a well-known burial mound, the Maoling (see location on Google Maps), the tomb of Emperor Wu of Han (156-87 BC), located in Xingping, Shaanxi province, China, approximately 40 kilometers northwest of the provincial capital of Xi’an.

Maoling is the largest pyramid (or trapezoidal funerary mound) built as an imperial mausoleum, at about 2,000 years old. However, it is significantly smaller (50 meters tall) than the size reported for the Great Pyramid of Xi’an and the mound that makes it up is made up of packed earth and clay. The Maoling burial mound seen in the background of this photograph

Construction of the tomb began in the second year of Emperor Wu’s reign (139 BC) and was completed after his death, 53 years later. Its interior was filled with valuable objects, many of which are now on display in a nearby museum.

Surrounding this structure are other smaller ones, such as the tomb of Emperor Wu’s favorite concubine, Lady Li; of the military strategist Hao Qubing; and other members of the royal court.

Many researchers who have studied the legends and sightings of the White Pyramid of Xi’an do not believe that it corresponds to the Maoling, citing the fact that the mysterious structure was reported near the Qinling Mountains, while the mausoleum lies in a isolated plain. Also, Maoling is located northwest of Xi’an, while Gaussman and Sheahan would have seen it to the southwest.

The descriptions also do not match, including the fact that Sheahan mentioned the White Pyramid as having a “perfect pyramidal shape” and not with a flat top. 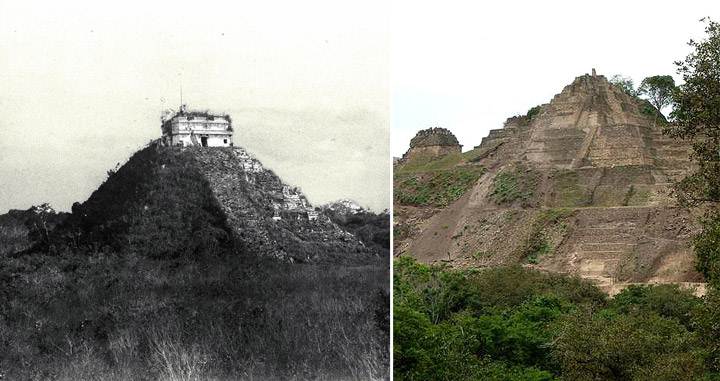 LEFT: The pyramid of Kukulcán before being rescued from the jaws of Nature, Chichén Itzá, Yucatán, 1892. RIGHT: A pyramid 75 meters high, bigger than that of the Sun in Teotihuacán, in Toniná, Chiapas, México, photographed at the beginning of this century

Here it should be remembered that many ancestral pyramidal structures, such as those of Mesoamerica, were originally found covered with vegetation, almost indistinguishable from the natural environment that, after the intervening centuries, devoured them. In more modern times, they are still being explored pyramids like that of Toniná, in Chiapas, Mexico, still partially covered by vegetation.

Could it be, then, that a great pyramid remains hidden among the terrain and snow of the Qinling Mountains? If so, was it built by the Chinese civilization or perhaps by an older one, perhaps related to the same one that would have influenced those of Teotihuacán or Giza?

In this article:Maoling, White Pyramid Of China