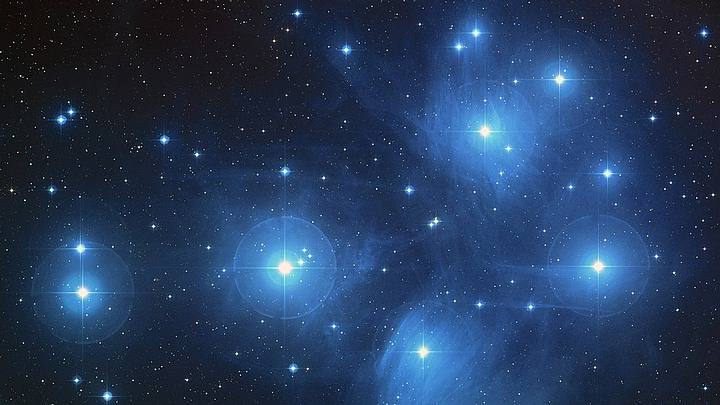 The origin of the legends about this constellation would go back to 100,000 years old.

The Pleiades imaged by the Hubble Space Telescope

In the northern December sky there is a beautiful star cluster known as the Pleiades, or the “seven sisters.” Look closely and you will probably count six stars. So why do we say there are seven?

Many cultures around the world refer to the Pleiades as “seven sisters” and also tell quite similar stories about them. After studying the motion of the stars very closely, a couple of Australian researchers believe that these stories can be traced back 100,000 years, when the constellation looked quite different.

The sisters and the hunter

In Greek mythology, the Pleiades were the seven daughters of the titan Atlas, who was forced to hold up the sky for eternity and therefore was unable to protect his offspring. For this reason and to save them from being raped by the hunter Orion, Zeus transformed them into stars.

But the story also says that a sister fell in love with a mortal and went into hiding, so we only see six stars. 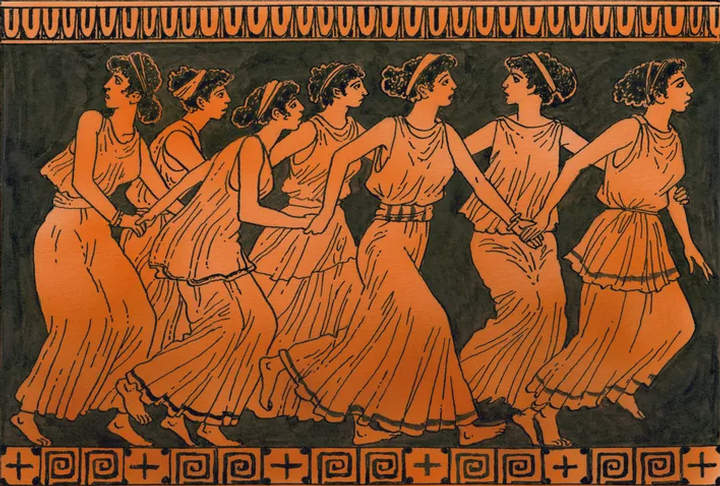 A similar story is found among Aboriginal groups in Australia. In many Australian Aboriginal cultures, the Pleiades are a group of girls and are often associated with ceremonies and sacred stories of women.

The Pleiades are also important as an element of Aboriginal calendars and astronomy, and for several groups their first sunrise at dawn marks the beginning of winter.

Near the Seven Sisters in the sky is the constellation Orion, which is often called “the saucepan” in Australia. In Greek mythology, Orion is a hunter. In the same way, this constellation is usually a hunter in aboriginal cultures, or a group of lustful young people. 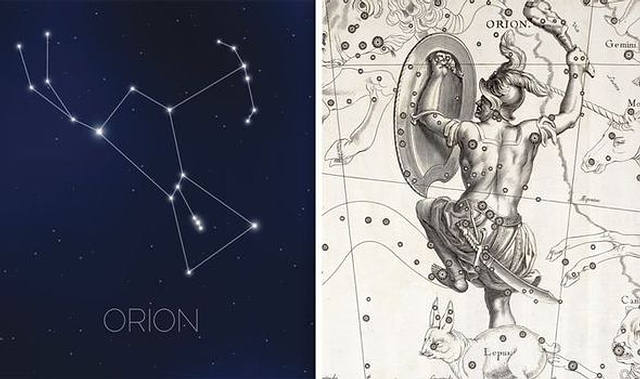 Writer and anthropologist Daisy Bates reported that the people of central Australia viewed Orion as a “hunter of women”, and specifically of the women of the Pleiades. Many Aboriginal stories say that the children, or the man, in Orion are chasing the seven sisters – and one of the sisters has died, is in hiding, is too young or has been abducted, so again only six are visible. .

Similar stories of the “lost Pleiades” are told in other cultures — such as European, African, Asian, Indonesian, and Native American. They all consider the cluster to have seven stars, but acknowledge that normally only six are visible, and then they have a story to explain why the seventh is invisible. 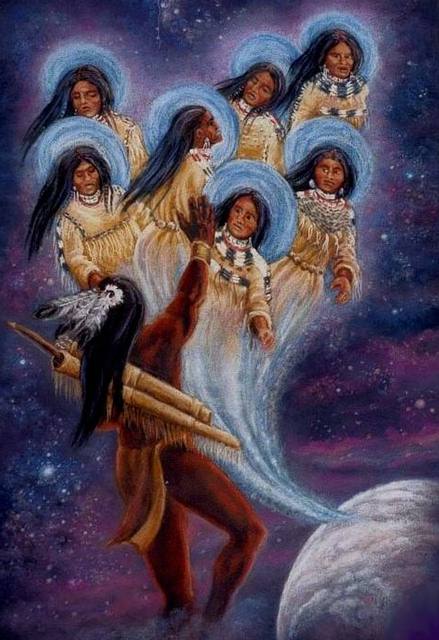 But … why are the stories of the Australian aborigines so similar to the Greek ones? Anthropologists used to think that Europeans could have brought the Greek myth to Australia, where the Aborigines adapted it for their own purposes.

However, Aboriginal stories appear to be far older than European contact. And there was little contact between most Australian Aboriginal cultures and the rest of the world for at least 50,000 years. So how do you explain the amazing parallels? 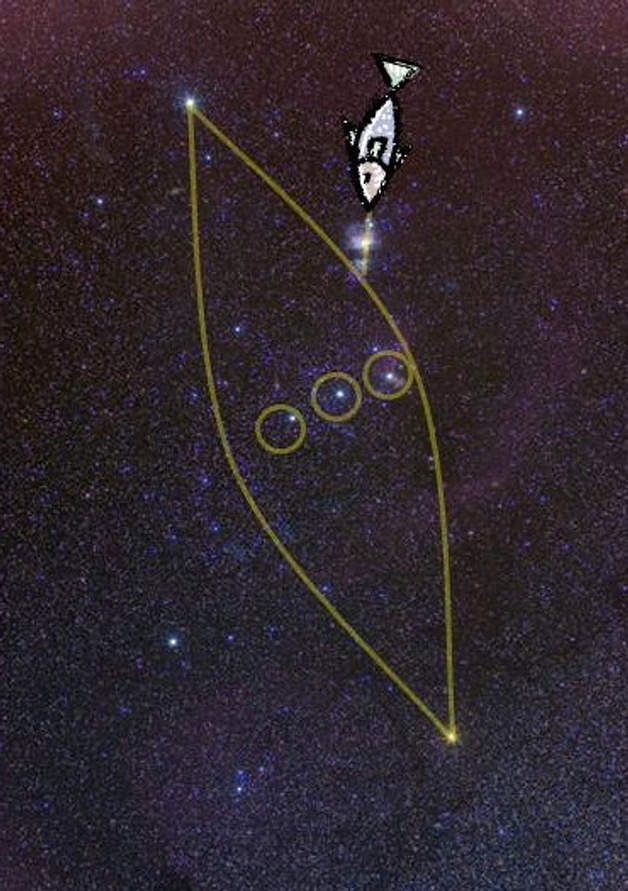 Interpretation of the Orion constellation of the Yolngu people of northern Australia. The three stars of the Orion belt are three young men who went fishing in a canoe and caught a forbidden kingfish, represented by the Orion Nebula. Credit: Ray Norris (based on Yolngu’s oral and written accounts)

All modern humans are descended from people who lived in Africa before they began their long migrations to the farthest corners of the world around 100,000 years ago. Could these stories of the seven sisters be that old? Did all humans carry these stories with them while traveling to Oceania, Europe, and Asia?

Careful measurements with the Gaia space telescope and others show that the stars of the Pleiades move slowly in the sky. One star, Pleione, is now so close to the star Atlas that they appear to be one with the naked eye. 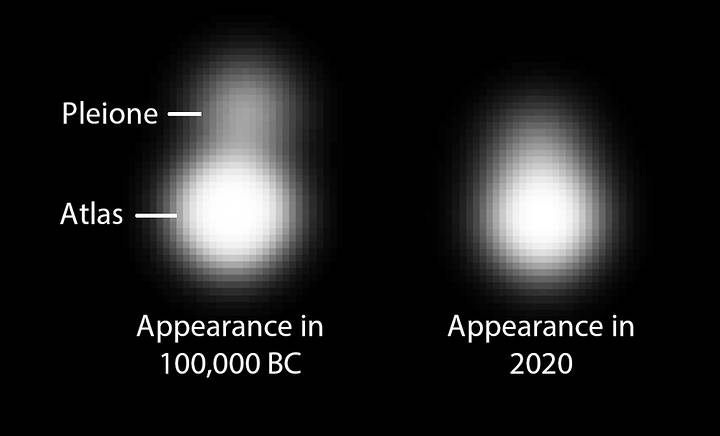 But if we take what we know about the movement of the stars and go back 100,000 years, Pleione was farther from Atlas and would have been easily visible with the naked eye. So 100,000 years ago, most people would have seen seven stars in the cluster.

The researchers believe that this movement of the stars may help explain two puzzles: the similarity of the Greek and Aboriginal stories about these stars, and the fact that so many cultures call the cluster “seven sisters” even though we only see six of them today. 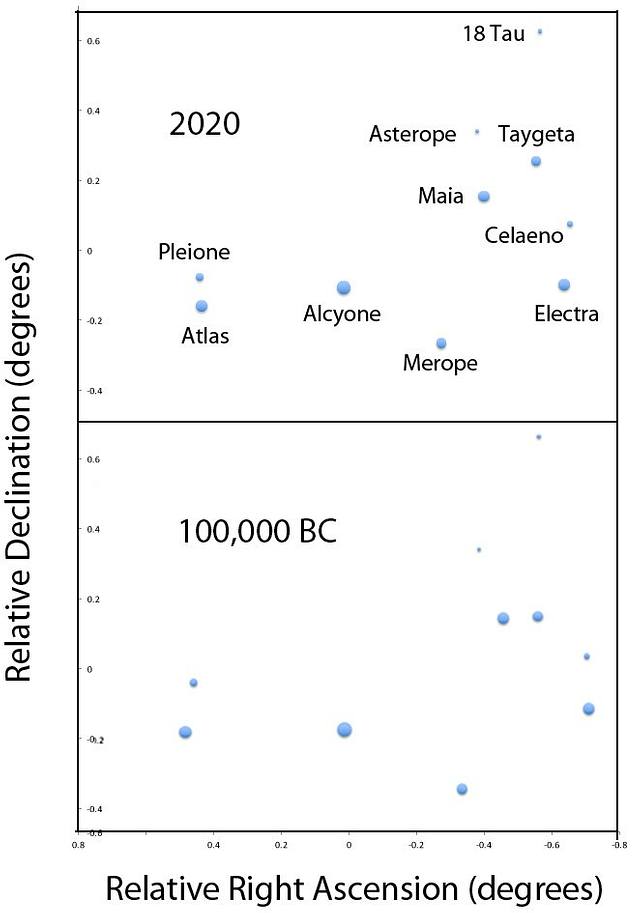 Is it possible that the stories of the Seven Sisters and Orion are so old that our ancestors told them to each other around campfires in Africa, 100,000 years ago? Could this be the oldest story in the world?

Advertisement. Scroll to continue reading.
In this article:constellation Orion, Pleiades