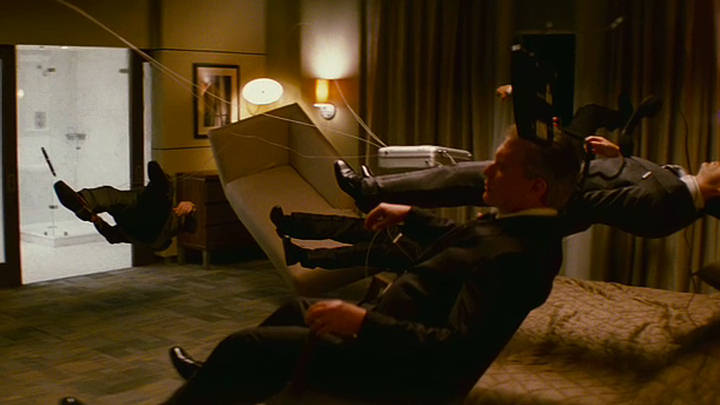 Scientists at the Massachusetts Institute of Technology (MIT) have devised a way to manipulate dreams by combining an app and a dream-tracking device called Dormio. In the published study, it is stated that the system is capable of inserting certain themes in a person’s dreams, something very reminiscent of what was shown in the film Inception.

Previous studies have shown that during a rare dream state known as “lucid dreaming”, in which the sleeper is aware that he is inside a dream, the person is able to change aspects of what he is dreaming. TDI takes advantage of this early stage, called hypnagogia, to reproduce a similar result.

During hypnagogia, in a state of transition from wakefulness to sleep, the TDI system introduces “objective information” into the mind, “allowing a direct incorporation of content into the dream,” the scientists write in research published in the journal specialized Consciousness and Cognition. In the experiments, 25 people were subjected to “serial awakenings” performed while taking daytime napping sessions.

The topics to be introduced were first recorded in an app, with phrases such as “remember to think about a tree” or “remember to observe your thoughts”, and then the individuals were prepared for the sessions.

“The dream tracker device, Dormio, was placed on each participant’s hand to monitor their heart rate, electrical changes on the skin’s surface, and how many of the fingers were bent or relaxed, to detect when the sleeper entered He was hypnagogic and was therefore open to the influence of external auditory cues,” lead author Adam Haar Horowitz of MIT explained. “Then, Dormio communicates with the app, which broadcasts audio at the appropriate times and subsequently records the reports of Dreams when the subject wakes up”.

The resulting reports, for example, mentioned a tree 67% of the time that this auditory cue was inserted into the participant’s dream. “I followed the roots with someone, and the roots transported me to different places,” one person recalled. Another mentioned “a tree from my childhood, from my backyard, that had never appeared before.” It was also described that the tree in one of the dreams “had been divided into infinite pieces and that a shaman was sitting at its base”, urging the dreamer” to go to South America. 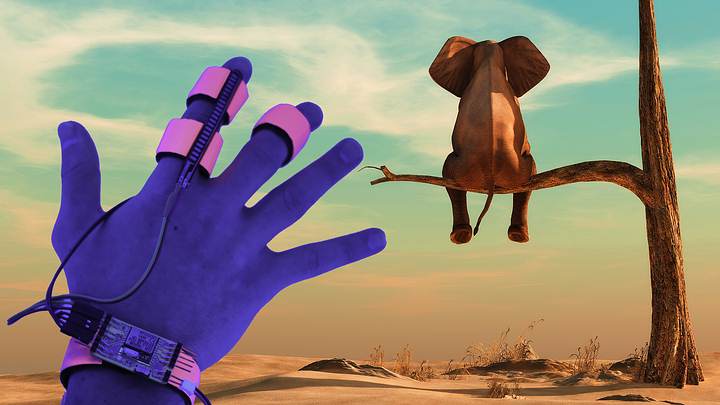 “The dream reports grew in strangeness with each session, but we did not develop a universal system to measure this,” they noted.

“By interrupting the state of hypnagogia, we found an alternative route to provide sleepers with the ability to modify the content of their dreams,” added Tomás Vega, a graduate student in the MIT Fluid Interfaces Group. 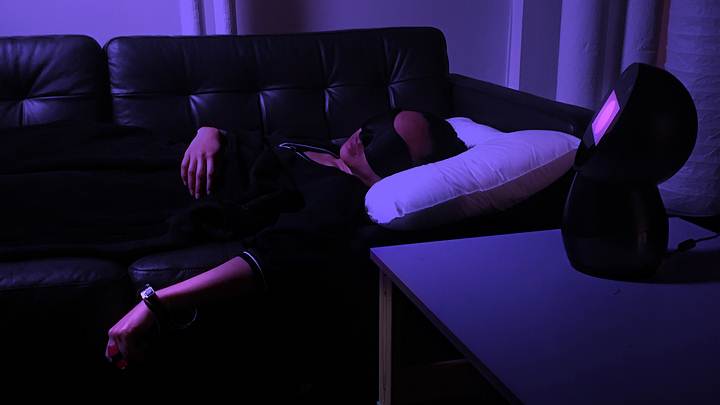 One of the participants in the experiment. Credit: Oscar Rosello / Fluid Interfaces group, MIT Media Lab

Vega is co-founder of Argumental Tech, a company that builds technologies that integrate with the human body, and is the creator of the circuit board and the software that TDI uses to record the different biosignals.

In your wildest dreams

Vega has tested the Dormio device on himself, implanting suggestions about one of his favorite movies: Willie Wonka and the Chocolate Factory, with an audio that reproduces the classic song of the oopma loompa.

And sure enough, the oompa loompa appeared in his dream, but with an interesting twist.

“At the beginning of the dream I was in a chocolate waterfall, surrounded by the workers singing oompa loompa, doopity doo”, he said.

Vega, who is lactose intolerant, noticed that the falling chocolate was black. “It was a lactose-free waterfall. So my knowledge of being intolerant was in my consciousness – or in my subconscious – and it worked as a limitation,” he said.

According to the study authors, creative brainstorming (brainstorming) could be one of the most immediate applications for target dreams. However, they clarify that many of the mechanisms that control how we sleep are not well understood yet, so it is too early to say precisely how to strain content into dreams or achieve a state of consciousness during them to directly benefit those who have them. .

“Every benefit that can be correlated with a dream deserves a separate experiment to prove that it is not a coincidence. This ranges from past jobs to nightmares and TPST to current studies in language learning, or eureka moments (of creativity) during the dream phases,” Horowitz concluded.