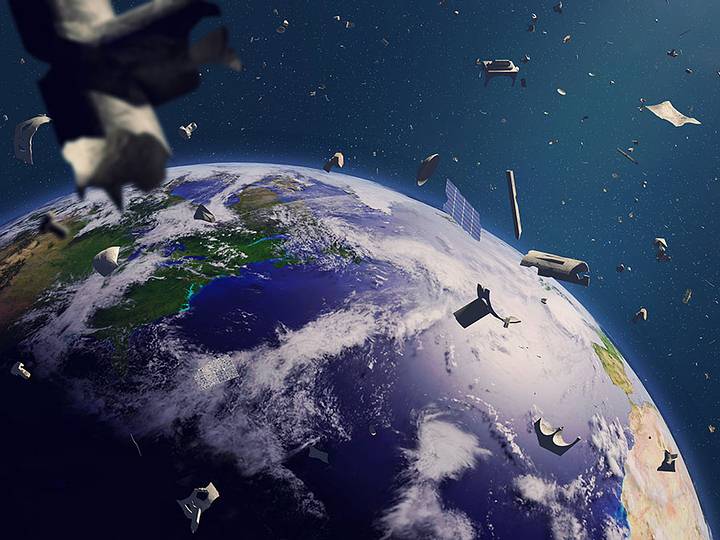 The first space mission to clean space junk from the orbit of the Earth will begin in 2025.

It will be a part of an initiative that could represent the beginning of the cleaning of more than 3,000 satellites not in use.

The Swiss startup Clearspace was selected for the mission by the European Space Agency (ESA) after a competitive tender, the agency said on its website.

The firm will embark on the project in March, after presenting the final proposals. The initial contract aims to establish a new market for space junk removal and in-orbit service, according to ESA.

“Imagine how dangerous it would be to sail on the high seas if all the ships lost in history were still adrift on the water,” ESA Director General Jan Wörner said in a statement to graph the importance of the task.

“That is the current situation in orbit, and we cannot allow it to continue,” he added.


Clearspace was founded by researchers from the Federal Polytechnic School of Lausanne, (EPFL), in Switzerland.

The firm’s executive president, Luc Piguet, said the removal of space junk is of high importance due to “the imminent appearance of mega-constellations formed by hundreds or even thousands of satellites.”

The space age began on October 4, 1957 when the Soviet Union launched the first artificial satellite in history, Sputnik 1. Since then, space debris in orbit has been steadily increasing.

In its report, the agency warned that larger objects could re-enter the atmosphere and collide with the earth’s surface, in areas that could be populated.

Regardless of their purpose, most satellites have a lifespan of between 3 and 15 years.

A suicide robot to clean the space junk

The first mission of the Swiss startup will be called Clearspace-1. In it, ESA will launch an experimental robot into space.

it will have four arms that will theoretically serve to “embrace” the space junk and drag it in what will be a suicidal act – destroying itself along with its objective.

Although the impact of removing a dead satellite from orbit is the equivalent of removing a bucket of water from Lake Superior, mission researchers expect the project to pave the way for new space debris cleaning regime, something that Our atmosphere desperately needs.

In 2025, ClearSpace-1 will test the “muscles” of its robot’s arms in a medium-sized piece known as Vespa, which was deposited in 2013 by ESA’s Vega launcher 800 km from the surface land.

This scrap is cone-shaped and weighs about 100 kilograms, which makes it a relatively light target to be captured by the robot in its debut and farewell mission.

It is estimated that the cost of this mission alone will be around 133 million dollars, according to The Guardian

Meanwhile, other nations and space agencies have proposed other ways to remove garbage from space. Among them, deploy small networks, harpoons, cables, and even use lasers mounted on satellites to push small debris and burn in the atmosphere. These are modern times, and it seems that a new business is being born: space debris collection!

Advertisement. Scroll to continue reading.
In this article:satellites, space junk