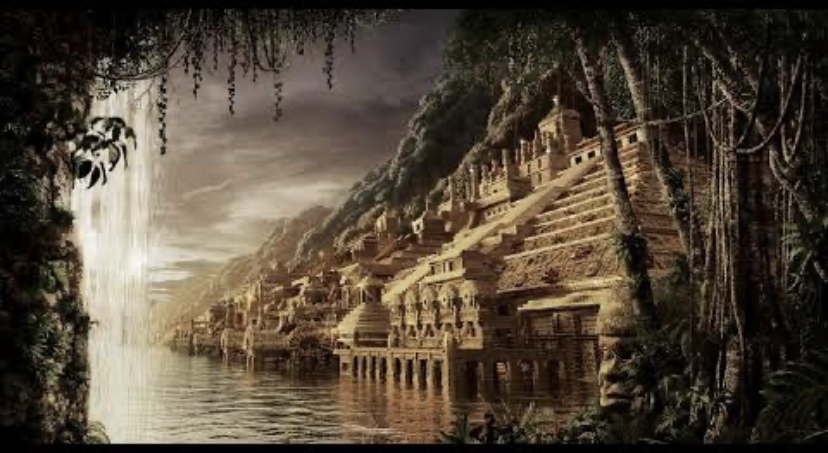 The Akakor Chronicle is a set of stories written by the tribe of the Ugha Mongulala that used to live in the Amazon jungle in Brazil and that text contains more than 15 thousand years of history, from the arrival of their Gods to the 70’s in our time

They were originally written in the language of their Ancient Masters (Gods) on tree barks. The stories were transmitted orally by the prince of the Ugha Mongulala tribe, Tatunca Nara, to the German journalist Karl Brugger who was working in Brazil, who recorded the whole story on tape and then wrote and published the book in 1976 .

The chronicle tells the millenary history of South America from the perspective of the Ugha Mongulala, the oldest civilization in the region, revealing many mysteries that history and archeology have not been able to explain for sure to this day, such as the construction of Tiahuanaco and Macchu Picchu. Even the location of the city of Akakor of the Ugha Mongulala has not been found due to the immensity of the Amazon rainforest.

In chronological form, the first chronicle is the arrival of the Ancient Gods or Masters in 13,000 BC from outer space, who selected the aboriginal tribes in the area of ​​the Great River (Amazonas) to transmit culture and end their savagery , teaching them to cultivate the land, to respect the laws of nature and the laws that they themselves bequeathed to preserve the common good. They built large cities of stone both on the surface and underground, with temples for the worship of the Sun, pyramids for spiritual purposes and long tunnels that cross underground from the current areas of Peru and Bolivia to Brazil and Venezuela. After 3 thousand years after its arrival, the Gods returned to their world,

The history of the Ugha Mongulala manages to move by the amount of adversities that had to go through to survive for more than 15 thousand years, both natural disasters, wars against other tribes and against the “White Barbarians”, the conquerors coming from Europe in the century XV and they almost achieved its extinction.

If to date it has remained totally unknown, it is due to the special characteristics of the story and the complete isolation of the peoples whose history it refers to. The latest discoveries originated by the systematic invasion of the Amazon corroborate the story of Chief Tatunca Nara about his people, thus giving credit to something that can no longer be ignored.

The Akakor Chronicle is divided into four parts and covers a period of over ten thousand years of the life of the people of Mongulala:

– The Book of Jaguar deals with the colonization of the Earth by the gods and the period until the second world catastrophe.

– The Book of the Eagle covers the period between 6000 and 11,000 (according to its own calendar) and describes the arrival of the Goths.

– The Book of the Ant, tells the fight against the Spanish and Portuguese colonizers after their landing in Peru and Brazil.

– The Water Snake Book describes the arrival of 2,000 German soldiers to Akakor and their integration with the ugha mongulala people; he also predicts a third great catastrophe.

In 1972 he met in Manaus Tatunca Nara, the son of a native leader. Manaus is located at the confluence of the Solimoes River and the Negro River, that is, in the first half of the Amazon. Tatunca Nara is the chief of the Ugha Mongulala, Dhaka and Haisha tribes. Brugger, conscientious and skeptical researcher, heard the really incredible story that the native told him. After having verified it point by point, in 1976 he decided to publish the chronicle he had recorded on tape with the title “Die Chronik von Akakor” (The Akakor Chronicle).

Some paragraphs taken from The Akakor Chronicle related by Tatunca Nara:

“In the beginning everything was chaos. Man lived like animals, without reason and without knowledge, without laws and without cultivating the land, without dressing and without even covering his nakedness. I didn’t know the secrets of nature. He lived in groups of two or three, when an accident had brought them together, in caves or in rock crevices. The men walked in all directions until the Gods arrived. They brought the light. ”

“They knew the course of the stars and the laws of nature. Truly, they were familiar with the deepest laws of the Universe. One hundred and thirty families of the Ancient Fathers came to Earth and brought the light. ”

“They brought man from darkness to light. Before foreigners arrived, men wandered like children who cannot find their homes and whose hearts do not know love. They collected roots, bulbs and fruits that grew wild; they lived in caves and holes in the ground; they disputed with their neighbors for the hunted booty. But then the Gods arrived and instituted a new order in the world. They taught men to cultivate the land and raise animals. They were taught to weave the cloth and assigned permanent homes to families and clans. Thus the tribes were born. This was the beginning of the light, of life and of the tribe. The Gods called men to come together. They deliberated, reflected and held councils. And then they made decisions.

“And the Gods ruled from Akakor. They ruled over men and on Earth. They had ships faster than the flight of the birds; ships that reached their destination without sails and oars, both at night and during the day. They had magic stones to observe the farthest places, so that they could see cities, rivers, hills and lakes. Any event that occurred on Earth or in the sky was reflected in the stones. But the most wonderful of all were the underground residences. And the Gods gave them to their Chosen Servants as their last gift. ”

Coincidentally, the Akakor Chronicle precisely fits a picture that is familiar to mythologists around the world. The Gods came “from heaven”, instructed the first humans, left behind some mysterious devices and disappeared again “in heaven.” The devastating disasters that Tatunca Nara describes can relate even in the smallest detail to the work “Worlds in Collision” by Immanuel Velikovsky.

As a historical and cultural document, The Akakor Chronicle gives a thorough idea of ​​the intellectual work of one of the oldest peoples on Earth. Our knowledge of South America takes on new perspectives through this book and questions appear that point out new paths for research. We discover a dimension that will make even skeptics see that the unthinkable is often imaginable.