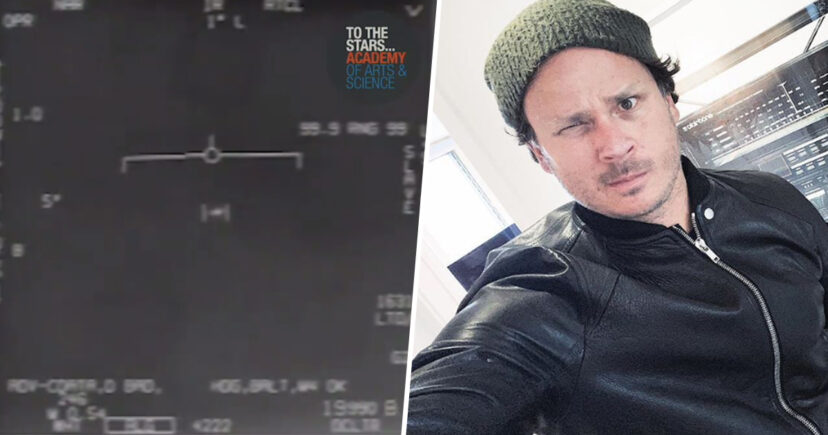 Former Blink-182 band leader Tom DeLonge, has devoted much of his life to learning everything about extraterrestrial things, but he is still convinced that the government is withholding information that can ” change the world in 10 seconds “.

DeLonge, 44, has been open about his interest in aliens; a subject that he investigated for the first time during a tour with Blink-182 before the days of smartphones, when there was “nothing to do but read books” during long trips.

The musician grew up in a religious family, his mother was an ‘unconditional devout Christian’ who made the family go to church several times a week, so it was only when DeLonge started the tour that he realized that his mother’s beliefs were not supported by everyone.

DeLonge told UNILAD that learning about different belief systems really ‘opened his eyes’ and incited an ‘obsession’ with finding out ‘what is this all about? Why are we here? Is it really an accident?’

The UFO enthusiast was determined to discover how humans could ‘change the way we think so we can progress as a species’, and found that the subject of aliens seemed to encompass everything he wanted to know, dealing with ‘religious beliefs systems, the potential for life out in the universe, different ways of thinking and [the] potential for understanding new types of technologies.’

DeLonge ultimately put music on the backburner to focus on his research with the help of his company To The Stars Academy, and in recent years the team has made waves with their work, one of the most recent accomplishments being the release of three videos showing UFOs.

The former frontman further explores the subject alongside Luis Elizondo, who headed the US government’s Advanced Aerospace Threat Identification Program (AATIP) between 2007-2012, in the new series of Unidentified.

In the show, airing on BLAZE between June 29 and July 4 as part of UFO week, the researchers discuss sightings, patterns and experiences that suggest we’re not alone in the universe.

While it can be hard to wrap your head around the idea of life beyond Earth, DeLonge has stressed there’s ‘thousands and thousands of documents and pieces of evidence that have come out from the [US] government’, whether they be from ‘flag level officers or Central Intelligence Agency declassification or people that work on programmes’.

Do they have things that I think would blow it wide open and change the world in 10 seconds? Yes, I [think they] do.

But I don’t have any evidence of that myself, and I can’t prove that to the world. But I have my reasons, and I hope that one day that does happen, in a constructive way that doesn’t scare people.

DeLonge believes that the government has its reasons for keeping the information classified as secret, suggesting that the information they have can be “embarrassing or scary”, or even dangerous if it falls into the wrong hands.

However, he emphasized that the authorities “do not have a monopoly on information”, pointing out: “You just need to know where to look and you need to spend time doing it”.

I think people forget that even the Central Intelligence Agency gets all of [its] information from the real world. They definitely have more they can gather and analyse, but everything that they gather and analyse is still open source for the most part.

DeLonge said his own research academy has ‘a great deal of information’ it’s hoping to release ‘when the time is right – when it makes sense and when [they] can do it respectfully and in a way where it’s not adversarial with [their] partners in the US government.’

The musician expressed his belief that human beings are taking “giant steps” on the subject of extraterrestrial life, “as difficult as it is for some people to digest”, and said that through the To The Stars he hopes to allow everyone to be “part of that awakening” in a “scientifically accurate, scientifically and credibly based” manner.

After spending 20 years studying the subject, DeLonge developed a good system of knowing where to look for information, saying:

People need not think that everything exists with the government.

He recalled evidence that really resonated with him; a memo, which DeLonge says was written by a U.S. Air Force general named Nathan Twain in the early 1950s.

DeLonge described Twain as a ‘big deal’ who went on to become a chairman of the joint chief of staff, and in the memo he revealed that ‘not only are these (aliens) real, but they’re not visionary, they’re not fictitious’.

Twain also allegedly added that officials didn’t know ‘where they come from [but they were] trying to deal with it.’

Speaking in the memo, DeLonge told the UNILAD:

I remember reading that in my early 20s and I was just floored by it, I was like ‘oh my God’.

People [ask] ‘where’s the evidence?’, well he came out and said it. That’s just one of tens of thousands of documents that have come out on the stuff but… that was one particular piece that I’ve always remembered.

After dedicating himself to his own research and “eliminating all the things you can find for more than 20 years”, DeLonge began to notice emerging patterns in the information he studied.

Unfortunately, he didn’t reveal exactly what those patterns were, but it’s clear that he came across something that they did not want him to approach when he started to draw the attention of many people from the government and found himself in some hot water as a result of his discoveries.

In addition to discovering significant patterns, DeLonge admitted to finding something that “really scared him” during his research. Although he could not go into detail again, he argued that his scary discovery does not mean that we should be afraid of everything beyond Earth.

It doesn’t mean that blue whales are dangerous, or that dolphins are dangerous. You’ve got to think of the universe as teeming with life and different types of supernatural forces.

I think that we’re dealing with multiple frequencies of existence as well as linear travel, so my analogy is: you’re in the ocean and you see a jellyfish, then you see a dolphin, then you see a blue whale and you think you’ve seen it all.

Then, all of a sudden, a coke can drifts by and you’re like, ‘What’s that? What the hell?’, when you don’t even know there’s land and humans making cans of soda.

The government may have details that surprise us, but when it comes to this type of information, it is essential that those responsible really understand it first.

DeLonge admitted that he “would absolutely think the same thing” when it comes to keeping information classified and ensuring that “people don’t lose control of their emotions over a subject that we don’t even understand yet”.

He stressed that the government “is not a symbiotic organism and that it works perfectly” and therefore there may be some people who agree to keep the information secret while others want to share it, but DeLonge said that, ultimately, “what everyone’s after are peaceful, progressive conversations that don’t scare people [and] that can help us achieve the things we need to achieve with regards to this subject”.

As technology becomes more and more advanced and information is increasingly accessible, new revelations are being made all the time. It may just be a matter of time before the truth about aliens comes out of nowhere like a damaged UFO crashing on Earth, but until then the best we can do is explore the evidence and keep an open mind.