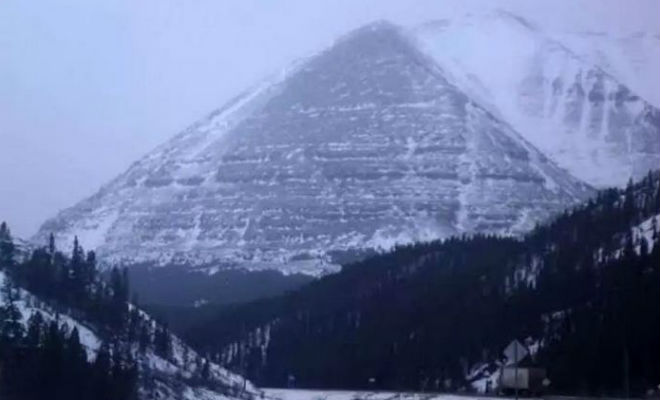 It is known to many that there are certain areas of our planet that appear to be a magnet for missing persons and mysterious disappearances. For reasons we don’t yet understand, anyone who visits these places simply disappear without leaving a trace.

Almost everyone is familiar with the Bermuda Triangle, a maritime area between Florida, Puerto Rico and Bermuda, and that in recent centuries dozens of ships and planes have mysteriously disappeared, earning the nickname of the “The Devil’s Triangle.”

Apart from the Bermuda Triangle, there are other more anomalous areas around the world, such as a vast expanse in the northernmost North American state of Alaska. Known as the “Bermuda Triangle of Alaska”, is situated between the city of Juneau and southwest of Yakutat, and north of Barrow Mountain and the city of Anchorage, right in the center of Alaska. Within this area is an unexplored jungle, including extensive forests and rugged mountains.

But apart from being known for its natural beauty, the region has an unusually high number of people, including tourists and locals, who disappear every year without a trace, as if they had disappeared from the face of the earth. In addition to people, a large number of planes have inexplicably disappeared in the region. Since 1988, in total some 16,000 thousand people have disappeared in the called “Alaska Triangle.”

One of the most mysterious disappearances in the “Alaska Triangle” occurred in October 1972, when a plane carrying two prominent politicians, Hale Boggs, a Democratic American politician and member of the Warren Commission, and Nick Begich, a member of the Democratic Party and the United States House of Representatives, along with an aide, Russell Brown, and veteran pilot Don Jonz. They all mysteriously disappeared in the region while en route from Anchorage to Juneau aboard a twin-engine Cessna 310 plane.

The disappearance of the politicians sparked an intense search that spanned 39 days involving more than 400 aircraft, including an advanced United States Air Force Lockheed SR-71 aircraft, and dozens of Coast Guard ships. No evidence was ever found of what happened to the three men, so they were declared dead. 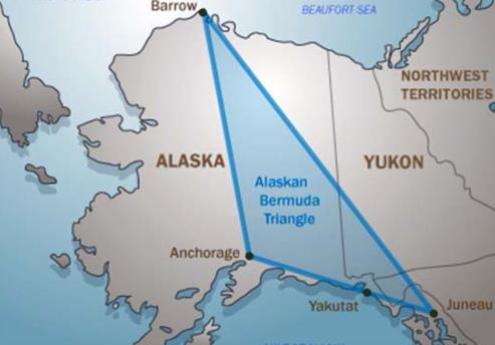 And we can’t forget the series of mysterious disappearances in the small town of Nome, on Alaska’s west coast, not far from the Bering Strait, either. In 2005, the FBI investigated about 20 cases of native men who mysteriously disappeared in the region. Officially, nine of the bodies were never found, although some local journalists assured that they were hundreds of missing in the last 10 years. Even CNN and other national and international media outlets published various articles relating the city of Nome and the effect of the Alaska Triangle.

What’s Happening in the Alaska Triangle?

That largely depends on who you ask, and ideas range from the supernatural to the scientific. Since time immemorial, the region has been associated with evil spirits, according to the tradition of the native Tlingit, where a demonic entity known as Kushtaka changes shape to attract all those who are lost. 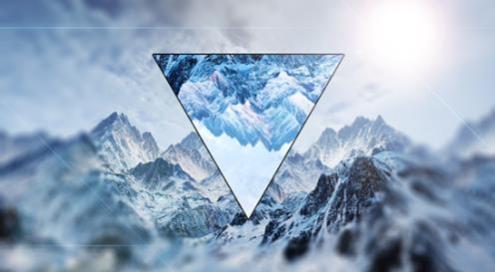 Another theory is that the Alaska Triangle is in one of the so-called “Energetic vortexes” postulated by the American researcher and cryptozoologist Ivan T. Sanderson, who assured that there are certain electromagnetic anomalies, such as energy vortices, also called Ley lines. Naturally, the most famous energy vortex is the infamous Bermuda Triangle., but there are also other places such as the megaliths of Algeria, the Indus Valley, the Hamakulia Volcano in Hawaii, the “Sea of ​​the Devil” near Japan, and many others in the north and south pole. In addition, Stonehenge, Easter Island, and the pyramids of Egypt are also energy vortices.

According to experts, these energy vortexes create all kinds of strange phenomena, which can affect human beings in various ways, such as physically, mentally and emotionally, as well as causing hallucinations, disorientation, confusion or increasing psychic abilities. One of the favorite theories by believers for the existence of these vortices is that they are actually doors to spiritual dimensions or gateways to other kingdoms. This theory could explain the mysterious disappearances of people, boats or planes. But the most surprising thing is that these theories that go beyond science are supported by members of the rescue teams, who have claimed to have hallucinations and hear strange sounds, as if it were a swarm of enraged bees. 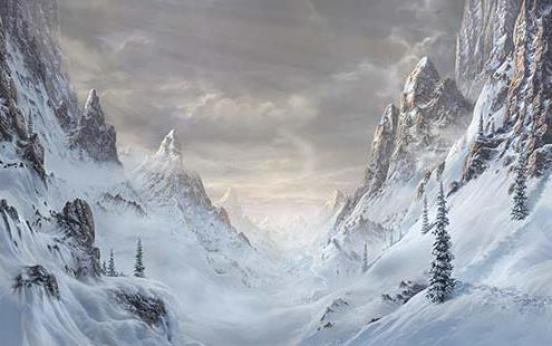 And neither can we ignore the theory of the most skeptical or the official theory, which indicates that the disappearances are due to a completely different reason than that of the energy vortices. Statistically, Alaska has the highest record of disappearances in the entire United States and the highest number of missing persons not found. The reasons for this is that Alaska has vast expanses of remote areas. This harsh landscape is full of all kinds of dangers, including, dangerous terrain, wild animals, and geological hazards, like the 100 active volcanoes.

Considering the myriad potential dangers, and the fact that many tourists are not prepared for extreme situations, it is also no surprise that many people can get lost in the middle of nowhere, unable to return to civilization, or simply killed by wild animals. But what no one can explain is: why are all the mysterious disappearances concentrated in the Alaska Triangle? How this majestic beauty of pristine nature can “swallow” to so many people without leaving a trace?

It is clear that the mysterious disappearances in the Alaska Triangle may be the result of inexplicable phenomena such as strange energy vortices, or ancient evil spirits. But what is certain is that the only people who know the mystery are the ones who have never returned to tell about it.