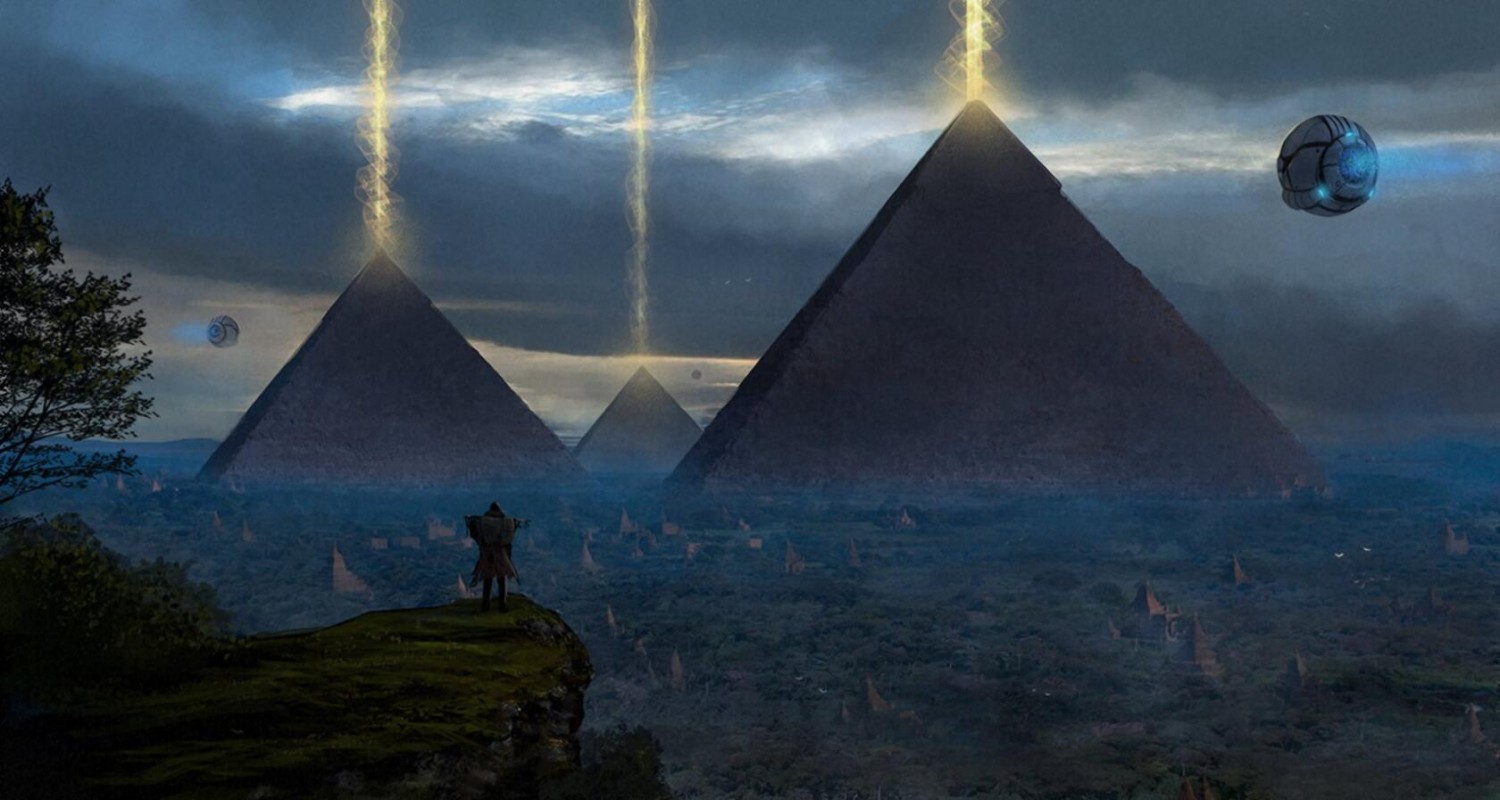 Many thousands of years ago, on the site of the Atlantic Ocean, there was a continent that occupies almost all of its territory. We call it Atlantis. The 4th race and 6 of its subraces lived on the territory of this continent, which replaced each other.

The first subrace were the Rmohals – calm and balanced giants with undeveloped intelligence, but excellent psychic abilities. They were 6 meters tall and had a dark red skin color. In those lunar times, the Earth was at a closer distance to the Sun.

The year consisted of 210 days, and the day due to centrifugal force was 18 hours. The Earth’s atmosphere was 8 times denser than it is now. Due to this factor and centrifugal force, the growth of all living things was truly gigantic.

The Rmohals had trustees from other star systems who, having unleashed a war among themselves and creating a series of thermonuclear explosions, staged a global catastrophe that threw the Earth into an even farther orbit and decided the fate of the Rmohal subrace as a whole. This happened about 1,100,000 years ago. The year lengthened and now totaled 286 days, and the day was 19 hours.

The fall of the minor planet, which occurred about 800,000 years ago, gave rise to a gigantic cataclysm and the split of the continent (Atlantis) in two, again throwing our Earth into an orbit farther from the Sun. The year was again lengthened by 306 days, and the day was 21 hours.

The sun began to rise in the northwest and set in the southeast. The wavelength of the Earth band has increased by 6.8 hertz (the number of revolutions of a light beam around the Earth per second).

The third subrace, the Toltecs, had a height of 3-3.5 meters and a red skin color. They achieved the highest results and were much more advanced than we are, both technically and spiritually. It was the most advanced Atlantean subrace.

The fourth subrace is the yellow-skinned Praturans, 3 meters tall. It was a vicious sub-race, waging constant wars. The Praturans used the technical achievements of the Toltecs for the purpose of destruction and capture, especially such an achievement as Tuoy (translated as “Firestone”).

Inappropriate and illiterate use of Tuaoi led to a catastrophe that occurred about 200,000 years ago and another global cataclysm. This time, the disaster did not end with a change of poles and orbits. A man-made disaster divided the continent into two large islands: Ruta and Daitya.

The fifth subrace is the Prasemites. They were 3 meters tall and had white skin. This warlike people settled on the island of Ruta. And as always, the second man-made disaster that happened about 80,000 years ago was not long in coming. The catastrophe surpassed all previous ones in strength and scale, but was provoked not by the Atlanteans, but by guests from other worlds.

This time, when the Earth was thrown into a more distant orbit, it was destined to meet its companion – the Moon (the former satellite of Phaeton), which, after the catastrophe that destroyed its parent planet between Mars and Jupiter, was beyond the orbit of the Earth and for some time had its own orbit …

The moon was not alone, it was accompanied by a smaller satellite (Herbiger), which subsequently collided with the Earth. Now the year has grown by 360 days, and the day was 25 hours. The terrestrial frequency has increased by 7.1 hertz.

The sixth subrace – the Akkadians were white-skinned with a height of more than two meters, inhabiting a small part that remained from Daitya and called the island of Poseidonis.

This island is well described by Plato. During the flood, the island sank to the bottom of the Atlantic about 10,700 years ago. And again a change of poles with a change in frequency of 7.23 hertz, after which the year began to count 365 days, and the day was 24 hours familiar to us.

The first map shows the early Lemurian period, some esoteric sources say that at that time a person was from 9 to 14 meters tall.

The second map shows the late Lemurian period, in which the growth of a person decreased to 4 meters due to a drop in the density of the atmosphere and a decrease in the speed of rotation of the earth, followed by its growth.

The fourth map shows the period between 800,000 and 200,000 years ago. The Atlantic continent was split in two by a huge asteroid.

The fifth map shows the period between 200,000 and 80,000 years. The fractured portion of the continent on the right, divided into two huge islands, Ruta above and Daitya below, continue to sink under the Atlantic waters.

The sixth map shows the period between 80,000 and 10,000 years, and the remnant of Atlantis described by Plato as the island of Poseidonis, formerly Ruta.

Charles Leadbeater, who claimed to have received knowledge about ancient Atlantis and Lemuria from the teachers of Theosophy through “astral clairvoyance”, passed on his clairvoyant discoveries to Scott-Elliot, who published them after analysis.