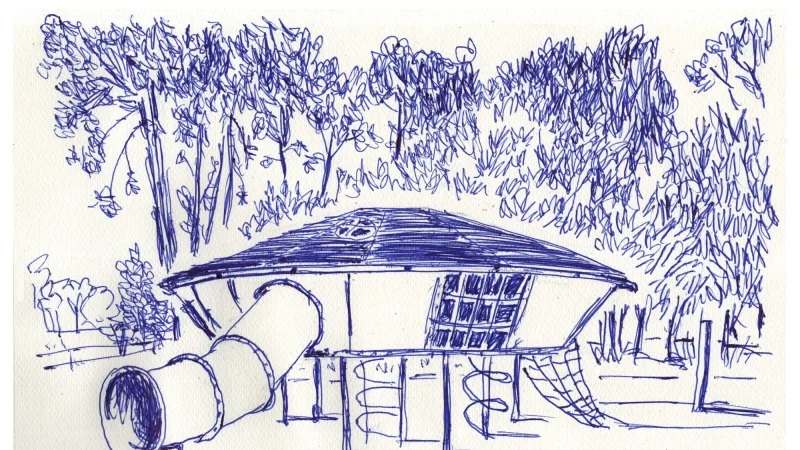 The intriguing Westall Incident, a mass UFO sighting that took place on April 6, 1966 in Australia, was commented on in the recently published and now “trendy” UFO documentary, The Phenomenon.

At 11 am on April 6, 1966, there was a massive mass UFO sighting in Australia. Westall High School students and teachers and members of the public claimed to have seen three metallic objects, unmarked, silently maneuvering through the sky.

The objects, before quickly flying away, left large circles in the flattened grass. In the first hours after the incident, emergency services, the military and the media were present trying to find out what had happened.

Several witnesses said that men dressed in dark suits warned us not to talk about the incident.

The Dandenong newspaper covered the incident on its front page and the Nine News he also reported the story in his 6 pm bulletin. However, the film containing the images of the incident has disappeared. Despite initial coverage and a number of possible explanations, the incident still remains shrouded in mystery.

Researcher Shane Ryan spent the last decade of his life investigating the incident, and after speaking with more than 100 witnesses he believes that something strange has happened.

“It was so unusual… taking place in broad daylight and being seen by so many people“, he said.

Ryan said he believes there has been an effort to keep the incident a secret. “The media maintained an official wall of silence, so it stopped being just a story and only remained a memory for those involved“.

Joy Clarke was 12 at the time and vividly remembers the events that occurred that day. “I was in class when other students ran. They shouted telling the story. I ran out of the classroom and saw three flying saucers“.

“The army had arrived and the police were there. We were told that we were suffering from hysteria and that nothing had happened, while men in black were interviewing others“.

Terry Peck was playing cricket in the schoolyard when he saw the flying saucer and decided to run after it. “I was about twenty feet away from him. It was circular and bigger than a car. I think I saw some lights under it“.

Stephen Cairns, 7 at the time, also claims to have witnessed the strange phenomenon. Walking to school with her mother after an appointment with the dentist, she says: In the distance, I saw a silver disk object. It moved with incredible speed, until it stopped directly over us, hovering for a few moments, then, as fast as it came, flying away.”

Although government agencies declined to comment on the incident at the time, government documents discovered in 2014 offer an explanation for the sighting.

The documents revealed a secret project to monitor atmospheric radiation levels using large balloons equipped with silver sensors between 1960 and 1969, known as the HIBAL project, a joint program between Australia and the United States.

Each balloon was equipped with a payload of 180 kg and landed using a 12 m diameter parachute. The balloon was followed by a light aircraft with the task of locating it after landing.

Researcher Keith Basterfield said after examining the documents that the mysterious flying object may have been a test balloon that went off course.

“My hypothesis is that the incident did not involve a UFO, but a high altitude balloon, its parachute and the large payload. The Westall object was described as being white / silver in color, casually the color of a HIBAL balloon.”

Basterfield believes that HIBAL, flight number 292, is the real culprit. However, he admits he may not be right, because the paperwork for launches scheduled for the day before the Westall incident appears to have been lost or destroyed.

“It is interesting the lack of a memo reporting on the four releases of April 1966, one of which was scheduled for April 5, 1966, the day before Westall. So, we have no (official) knowledge of where flight 292 went.”

When asked about the balloon theory, researcher Ryan said he had his doubts. “Nothing was picked up or removed”.

“The flying saucer descended and took off again, flying at high speed, leaving behind large circles with a well-defined edge around the perimeter. With a deflated balloon, none of this happens.“

Hazel Edwards was an English and mathematics teacher at Westall on the day of the incident. The self-proclaimed skeptic suggests that children made up the story and were responsible for the media’s sensationalism.

The landing site was transformed into a memorial park.

In this article:Australia, Westall Incident