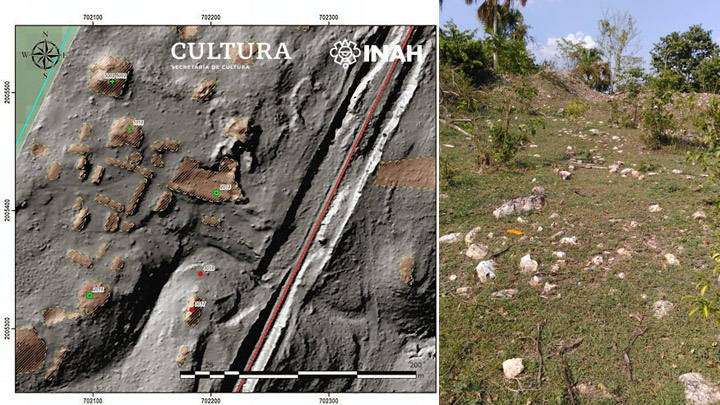 With the use of LiDAR technology and field prospecting, areas with archaeological monuments were recorded in the municipality of Candelaria, Campeche. Thus it was possible to confirm the discovery of two Mayan cities, both notable for the monumentality of their structures, comparable to those of Tikal.

The archeology and geomatics team that participates in the prospecting work, which the Ministry of Culture of the Government of Mexico, through the National Institute of Anthropology and History (INAH), directs and coordinates as part of the Mayan Train Project (PTM), has carried out a detailed analysis of the LiDAR images obtained, followed by extensive field prospecting, which has made it possible to identify and assess areas where archaeological elements of very different characteristics and magnitudes are concentrated.

Due to the density of these sets and their relationship with the project layout, critical areas were defined where specific measures will have to be established to avoid their possible impact on the construction process of the work. Next, the two monumental areas near the town of Candelaria are briefly described.

The first set includes at least 91 structures, some of which, due to their morphology and distribution, correspond to monumental pre-Hispanic buildings, surrounded by housing units. Pyramidal bases, squares or quadrangles and terraces are observed, highlighting a large basement, on which several mounds stand. Some of the registered buildings were partially affected during the construction of the old railway line.

The second set is made up of 37 elements of both monumental and residential characteristics, but it is still necessary for the archeology team to carry out a more detailed survey of the area.

The knowledge of both sites so far is limited, because, as mentioned, the PTM is still in the surface prospecting stage, so no excavations have yet been made that could give elements about its chronology or architectural characteristics .

In this phase of the project, the priority has been the documentation of the elements that were marked as potentially archaeological in the LiDAR images, in order to deliver to the National Fund for the Promotion of Tourism (Fonatur) the specialized opinions that guarantee the safeguarding of cultural heritage , as well as the definition of the final line of the project. 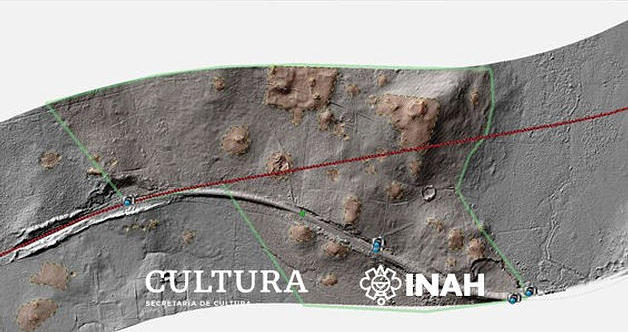 On the other hand, it is worth noting the conclusion of the prospecting work in Section 2, which runs from Escárcega to Calkiní, with a length of 234.94 kilometers, which have already been covered in the field in its entirety, having identified 1,634 archaeological monuments of different characteristics, including residential type structures, and others possibly for civic and ceremonial use.

As in Section 1, some of the identified assemblages had already been registered by INAH, and others have been documented for the first time in the development of the archaeological prospecting project.

In this article:Mayan cities, Mexico