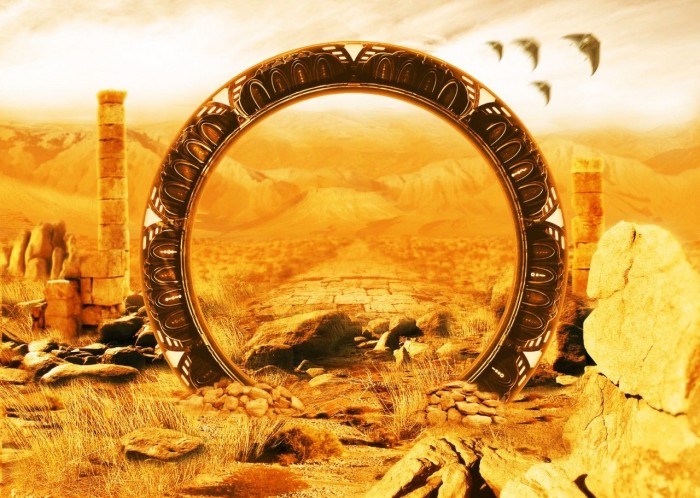 Perhaps the idea of ​​earth portals – areas on the planet that instantly teleport people from one place to another – is a reality. One of NASA’s spacecraft and cluster probes from Europe have collected enough data to confirm that magnetic stargate portals exist in many places. They are usually found where the distant geomagnetic field collides with the passing solar wind. The result is a direct path between the Earth and the Sun.

Most of the portals are small and have a short time span, and some are gaping holes with a long lifespan. The presence of portals has also been confirmed by many scientists.

This location is probably the most famous stargate portal. The Bermuda Triangle, with its three peaks, sometimes called the Devil’s Triangle, is a large chasm that stretches for a huge distance. In this enigmatic area, huge warships and planes have been “lost” without any plausible explanation from the government or the military.

Gate of the Gods, Peru

This huge stargate is one of the most impressive monuments in Peru. The so-called “Gate of the Gods” was discovered by José Luis Delgado Mamanu, a local mountaineering guide who explored the area. While enjoying the view of the mountainous region of Hayu Marka, located in southern Peru, he came across a gigantic structure, carved into a huge rock seven meters high and seven meters wide, with mysterious doors in the center.

According to some legends, the smaller door represents the entrance for mortal souls, while the larger and more symmetrical door is responsible for the entrance used by the deities to access our world.

Stonehenge needs no special introduction. A lot of people think it might be a portal. It is located at the convergence of 14 hypothetical invisible energy lines that cross the Earth. Perhaps this is what gives Stonehenge its strange energy.

This gate is located in Sri Lanka. A strange map can be found among the stone boulders and ancient swimming pools. According to some scientists, it is a secret code that can be used to communicate with other worlds.

In Egypt, the pyramid of Abu Ghrab contains an alabaster platform, which, according to ancient legends, is the star gate for communication with the gods. This temple is one of the oldest in the world, but when you look at it, you get the impression that it was built with the help of high modern technologies.

Skinwalker Ranch, also called UFO Ranch, is located in Uinta County, Utah. This is one of the most famous places for paranormal activity. With over 50 years of history, Skinwalker ranch has been home to crop circles, poltergeists, UFOs, dire wolf sightings and glowing balls.

Legends say that stargates and portals can be opened and controlled using a special ritual, but is that so? Are such powers available to our minds? Science has no answers to these questions at the present time.

In this article:Bermuda Triangle, portals