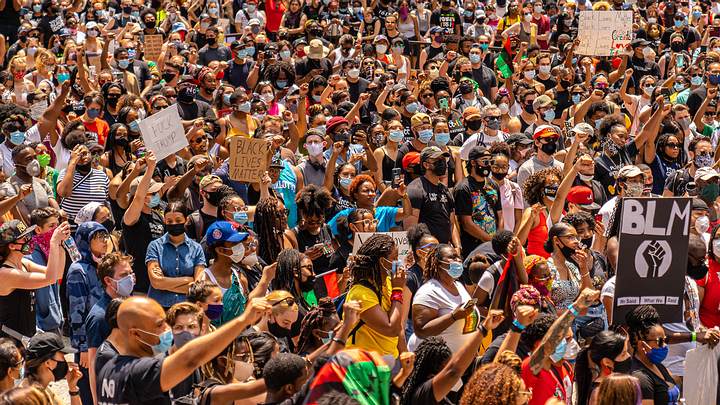 In 2012, biologist and mathematician Peter Turchin made a bold prediction: The United States will have a chaotic year in 2020 … And apparently, he was not wrong.

There is no denying that this year has been made up of chaotic and violent events, from an out-of-control pandemic, to extreme political polarization and protests related to acts of racism, such as the murder of citizen George Floyd – who fueled the movement Black Lives Matter Worldwide-

Turchin was not just throwing ideas into the air when he predicted problems for this year. In his article published in 2012 in the magazine Peace Research, analyzed the history of political violence, including riots, lynchings, and terrorism, in the United States between 1780 and 2010. This is how he found two patterns:

Turchin theorizes that it is no coincidence that this type of agitation occurs in 50-year cycles. In fact, he argues that these cycles appear over and over again in different countries throughout history. “Social problems such as economic inequality lead to civil unrest over time, creating spikes in violence,” he says. 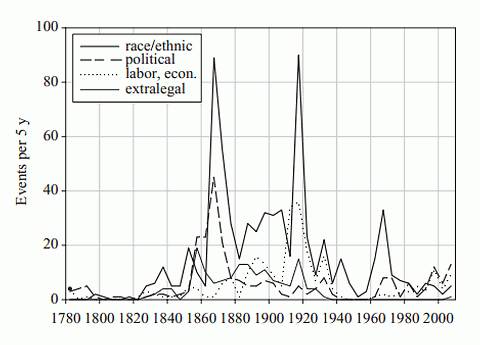 “Humiliated and traumatized, society turns its attention to appeasing this violence no matter how, and a relative peace returns for 20 or 30 years, close to the span of an adult generation. At that point, the underlying problems will begin to surface again, and the new generation will not be so dedicated to peace and tranquility,” he adds.

Humans of the future might look to the 2020s as the “violent twenties,” thinks Jack Goldstone, a sociologist at George Mason University in Virginia, whose work provides the basis for much of Turchin’s research.

“The pandemic and police brutality this year have acted as triggers for the pressures that had been building for some time,” says Goldstone. “What the model predicts is that the 2020s will be dangerous and that, unless these pressures are reduced, the end of the decade and the beginning of the next could be even worse.”

Other sociologists also agree that levels of inequality in both the economy and education and health are wreaking havoc on the people of the United States, and they think that if there is no firm will to restructure policies and institutions that can solve these problems , then in the next years the violence will grow.

“Cycles of violence are not influenced by fate, but by society’s response to challenges,” says Goldstone. “For the past 40 years, the country has been in a cycle of increasing inequality and greater political polarization, with government debts and dysfunctions rising. If we stop those trends, we may be able to change the cycle and reform it. Otherwise, the cycle will take us towards the crisis”. 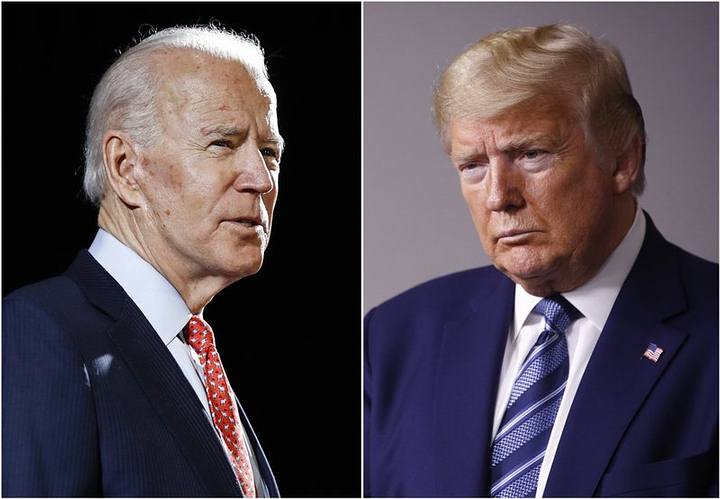 The upcoming US presidential election will pit Joe Biden (dem) against Donald Trump (rep), in what is believed to be a tight race.

The presidential elections in November 2020 could be a turning point and perhaps an opportunity to implement major reforms. It may also be a tight victory for either candidate, leading to further street protests by polarization.

“In one way or another, November 2020 will be a major test in which we cannot trust our institutions to endure,” the sociologist concludes.

Advertisement. Scroll to continue reading.
In this article:polarization, Revolts