Department of Agriculture workers wore protective suits to eradicate the first Asian giant hornet nest discovered in the US, sucking the insects out of a tree in Washington state.

The nest was found last Thursday by entomologists with the Washington State Department of Agriculture (WSDA) on a Blaine property near the Canadian border, the agency said in a statement.

They spent several weeks searching for the nest, catching hornets and following them, using dental floss to tie small trackers to the insects, which are almost 2 inches long and capable of inflicting a very painful sting – they have a large stinger loaded with a neurotoxin, that it is capable of causing cardiac arrest and anaphylactic shocks. 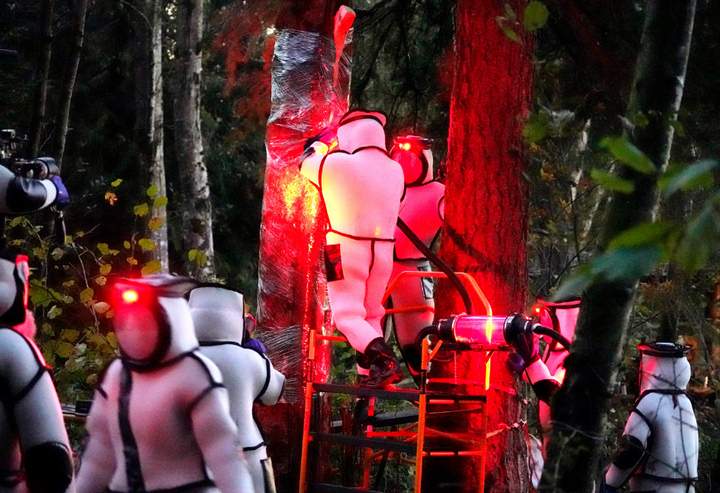 Before sunset on Saturday, a team dressed from head to toe in protective suits sucked the insects from their nest carefully located in the cavity of a dead tree, according to the WSDA reported on its Twitter account along with a video showing the fact:

Got ‘em. Vacuumed out several #AsianGiantHornets from a tree cavity near Blaine this morning. Further details will be provided at a press conference on Monday. Staff not available for interviews before then. pic.twitter.com/31kgAUuJd0

Scientists in Washington state have been searching for these hornets since were detected for the first time in December 2019 and after catching one of them in July in Whatcom County, where Blaine is located. Canada also found several at two locations in neighboring British Columbia.

Subsequently, several specimens of this invasive, non-native US species were trapped in the same region. 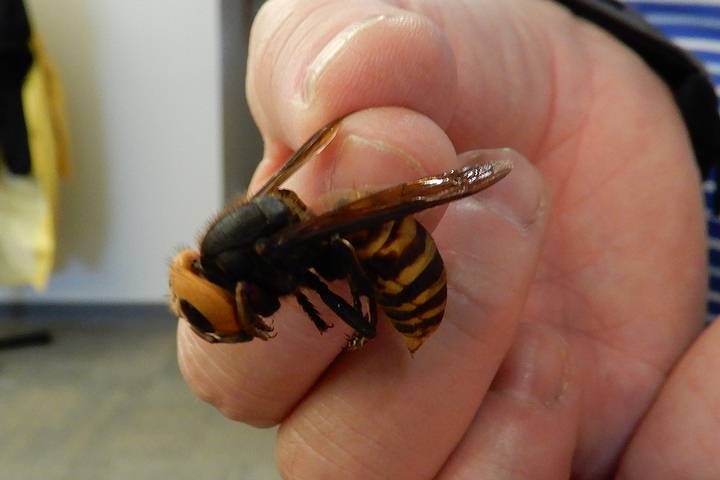 Asian giant hornets can be up to 5 cm long, with an orange head and striped abdomen. Credit: WSDA

“There is a great possibility that there will be more nests, and stopping this in time is crucial so that it does not pass to older,” Sven Spichiger said, entomologist at WSDA, during a press conference. “If established, this hornet will have a negative impact on the environment, the economy, and the public health of Washington State.”

It is not yet clear how the giant hornets made it to the US, but scientists warn that unless the insect is eliminated in the next couple of years, it could spread to the rest of North America. 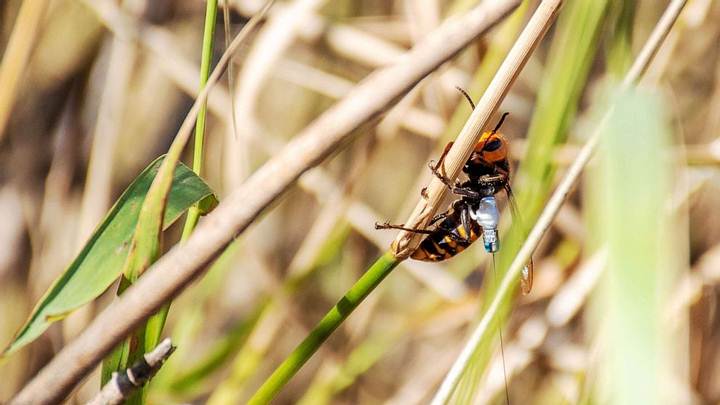 Hornet with a tracker attached to it

Hornets, which are native to East Asia and Japan, do not usually attack humans, but are known to decimate bee colonies, decapitating them and occupying their nests for a week or more, feeding on the pupae and larvae.

In Japan, where these insects are hunted and eaten, between 30 and 50 people die each year as a result of their poisonous bite.