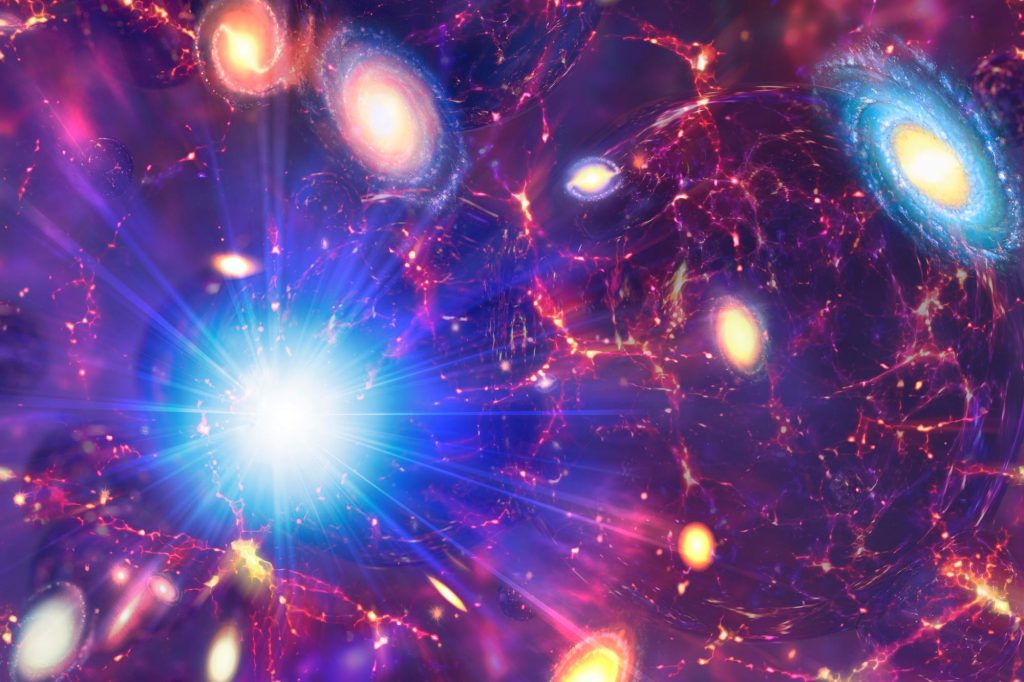 To date, mankind has very reliable observational data obtained during the measurement of relict radiation, which confirm the existence of dark energy. Based on this knowledge, astrophysicists have described three scenarios for the end of the universe.

If the amount of dark energy is unchanged, then the Universe is waiting for “Great Cooling.” The Universe is expanding with acceleration and over time objects will become so distant from each other that the exchange of energy will cease. Star formation will stop, eternal darkness will come and space will cool.

If there is more dark energy, then over time the expansion rate of the Universe will become so huge that something like a gap in space-time will happen. Scientists nicknamed this scenario The Great Chaos. All the laws of nature will lose their relevance, and the universe will collapse.

If dark energy becomes less, then over time it simply will not be able to “pull” the space and withstand its compression. The reverse process will begin, which astrophysicists call the Big Compression. Probably, after that, the Big Bang will be restarted and so on ad infinitum.

However, it’s too early to worry, because we have billions or even trillions of years left. It is possible that the Universe, in principle, is not subject to destruction and it will exist forever.