The unusual event was captured by NASA’s Solar Dynamics Observatory (SDO) spacecraft on August 6, 2020 and shows a huge reddish anomaly like a giant fireball appearing close to the sun. Then a second anomaly appears turning into a bright light and expanding into a huge volume, many times larger than the Earth.

The sun is on the right, then the solar corona is seen where plasma prominences flare up and to one of them or from it upwards – a direct ray appears vertically. 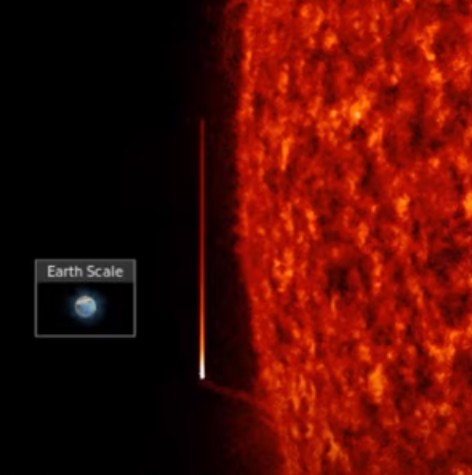 “If it were a ball of fire, then why does it seem parallel to the sun it wouldn’t be projected outward and not across? This so-called “fireball” clearly didn’t come from the sun, I could be wrong, but it looks like “something” was destroyed by the speed of the sun,” Nemesis said on her YouTube channel.

Another “refueling of a UFO from the Sun” or is it some other unknown phenomenon?

In this article:solar corona, sun anomaly