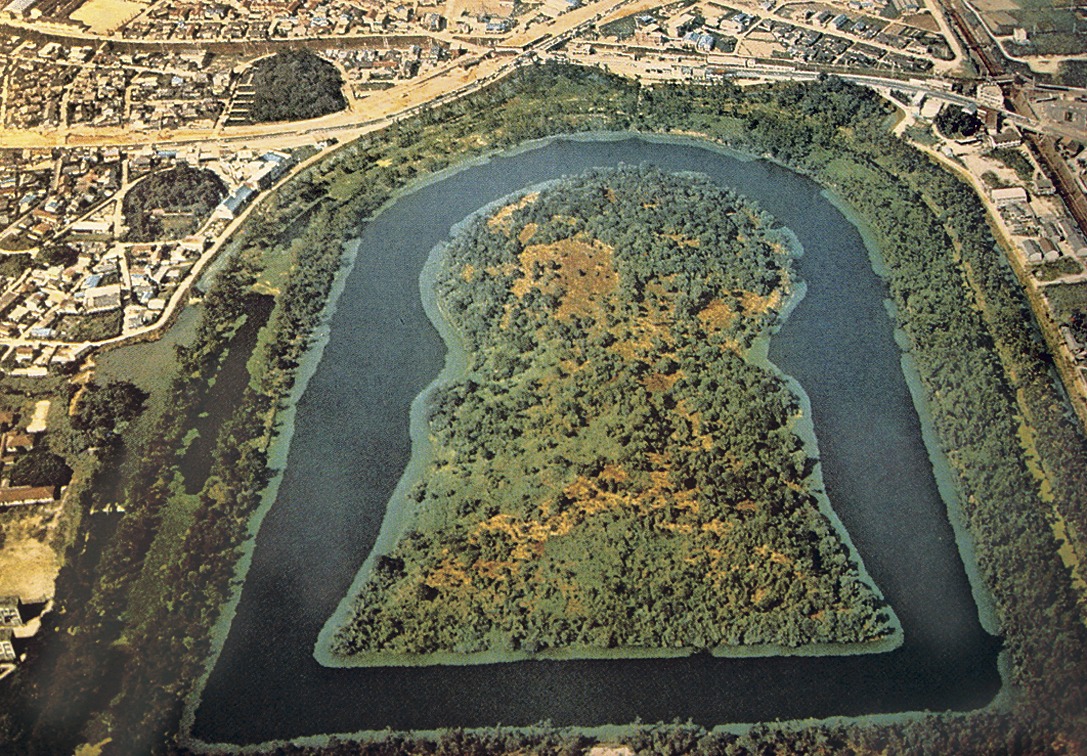 Japan is a country that holds many mysteries in its ancient culture and mythology. One of them are the strange giant burial mounds known as “kofun”; gigantic tombs in the form of a lock.

A sense of mystery surrounds the keyhole-shaped kofun tombs in Japan.  Although the iconic Mozu Tombs in Sakai city, Osaka have recently been awarded UNESCO World Heritage status, surprisingly little is actually known about these intriguing monuments, kept under lock and key by the Japanese government.

Between the districts of Osaka and Nara there are some graves somewhat special and curious, both for the antiquity of them as for their characteristics that make them unique monuments in the world.

They are the kofun tombs, which have the shape of a giant keyhole. They come from the Kofun period, which dates from approximately 250 to 538 AD. C.

They are some species of funerary mausoleums built by the imperial family and members of the ruling classes as a resting place for “the nobles, the elite and the powerful”.

There are a variety of sizes, some do not even reach 2 meters long, but there are others that exceed up to the 400 square meters.

The shape of the lock is what attracts the most attention. According to historians, it began to appear over the centuries II and VI, being especially characteristic in this period of Japanese history.

In fact, the period is known as “Kofun Period” due to the appearance of them.

Despite the existence of a great variety of burial mounds, some with different sizes and shapes, the ones that stand out the most are those that are shaped like a keyhole, both due to their shape and gigantic size.

In fact, some of these mausoleums are among the largest in the entire Japanese country and the world.

In addition to their large size, the moats around them also stand out, including some small kofun that surround the largest of them all.

According to experts, the largest kofun guards the remains of the great emperor Nintoku. This tomb is considered to be the larger of the world on the surface, with measurements exceeding 500 meters long, 35 meters high and up to 300 meters wide at its greatest point.

It is on a surface that measures more than 840 meters long. It also has three moats inside, the widest one measuring up to 60 meters. The central mound, which is impossible to access, is covered in thick vegetation.

Until now it is not really known why the exaggerated sizes, in fact, some theorists claim that the reason is that they hide true giants that they have not been discovered and that they would add to a list of strange remains found in another part of the world.

Really strange constructions, both due to their shape and size. Why build them like this and, really, what do they hide inside? Is it really that difficult to access it?