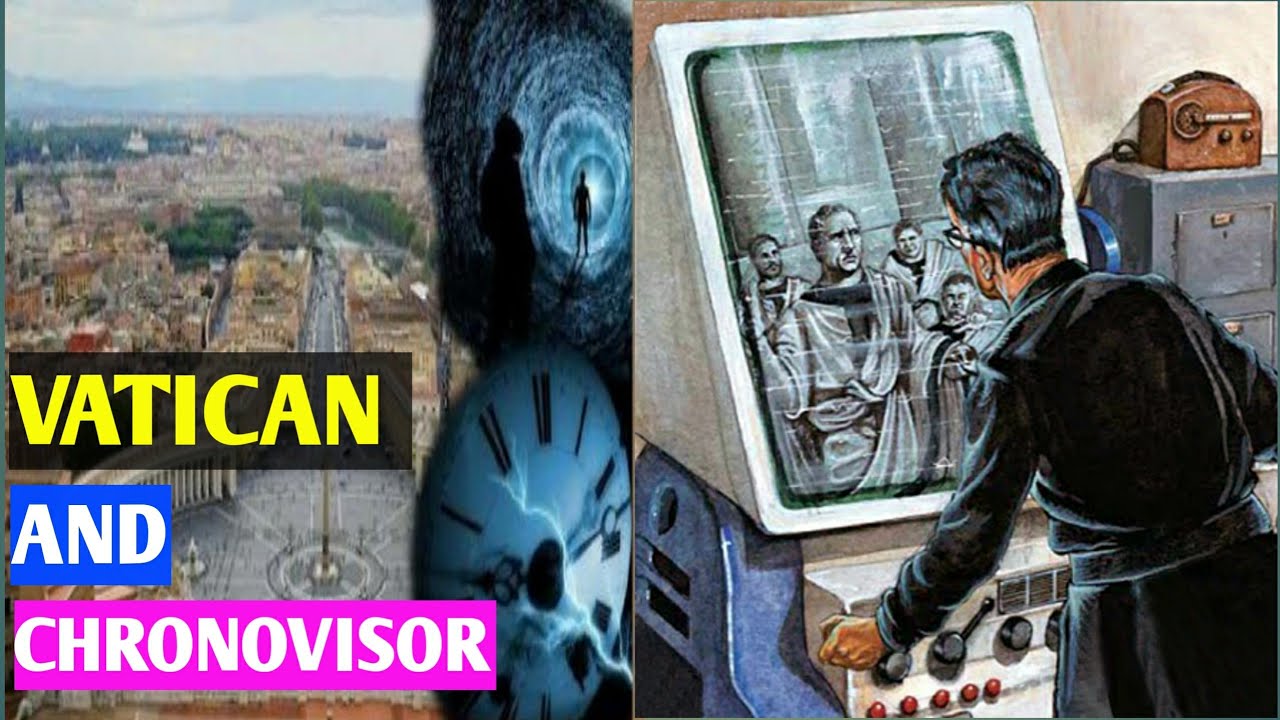 Conspiracy Chronovisor, a great secret of the Vatican. It would be a “time viewer,” with which you can “tune in” images of the past.

It would be one of the best kept secrets by the Pope. According to reports, this Chronovisor was manufactured in the 1950s, invented by Italian physicists Enrico Fermi and Pellegrino Ernetti. Through this device, the Vatican authorities could have watched and filmed biblical events like the Crucifixion of Jesus.

This extraordinary invention was reported in a public and striking way by the Father François Brune in his book Le nouveau mystère du Vatican (The new mystery of the Vatican), from 2002. The information would have been received from the scientist and priest Pellegrino Ernetti in the 1960s.

Investigating a bit, the first reference to this artifact is found in an unusual article in the Italian magazine The Domenica del Corriere, published in 1972. The article was titled «A machine that photographs the past has finally been invented».

How would this Chronovisor work?

According to research, the television set would be manufactured with 3 precious metal alloys and would possess antennas, electronic cathodes, electrodes and dials and levers to change tuning or electromagnetic signals.

It works through the detection and reproduction of residual radiation Left for all past events. It also detects sound waves. They are electromagnetic signals left by the actions of human beings.

Vatican Conspiracy: Will it be a real invention?

The scientist and priest Pellegrino Ernetti said he could observe Napoleon Bonaparte, the Roman philosopher Cicero, in addition to an interpretation of the lost work Tiestes, by the Roman poet Ennio. The most impressive was having film the very Crucifixion of Jesus and the destruction of Sodom and Gomorrah.

A problem to verify the existence of the Chronovisor, is that the physical Enrico Fermi never confirmed having participated in the engineering of this artifact. Although it is quite obvious that Fermi had not confessed his participation due to a possible confidentiality agreement (or threat) with the Vatican.

Another problem is that Ernetti’s picture of Jesus’ face on the cross is supposed to be very similar to a sculpture found in the Shrine of Merciful Love, in Collevalenza, Italy.

However, Ernetti said that statue would have had divine inspiration, since it was sculpted under the direction of a nun who had a vision of the crucifixion.

It should be noted that an alleged letter from an anonymous relative of Ernetti said that the priest had confessed the falsification of the photo of Jesus. In contrast, Father Brune opined that Ernetti must have been pressed by the Vatican to misinform.

As we can see, there is too much controversy regarding this unusual time viewer. It has been reported that the Vatican denied having possession of it and that anyone who used a «Instrument of such characteristics would be excommunicated». This is suspicious and could indicate that the Vatican still owns this Chronovisor.