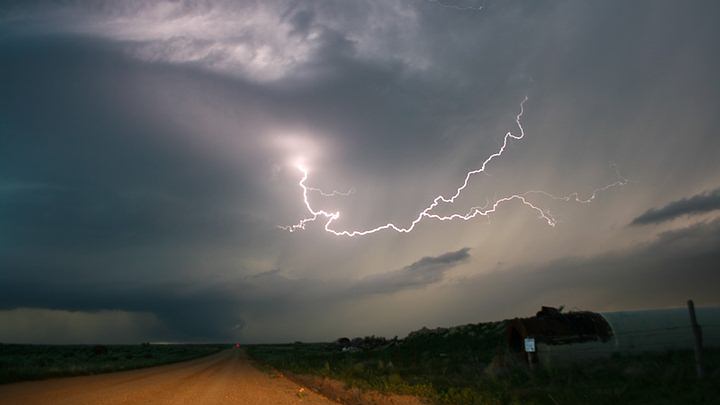 The World Meteorological Organization (WMO) has set two new world records for the longest distance and duration reported for lightning, respectively, in Brazil and Argentina.

New records for these “mega-lightnings,” verified with state-of-the-art satellite imaging technology, double previous values ​​measured in the United States and France. The findings have been published in Geophysical Research Letters, on the eve of World Lightning Safety Day, which is celebrated on June 28.

“The largest extension traveled in the world by a single lightning strike is a lightning strike that covered a horizontal distance of 709 +/- 8 kilometers through parts of southern Brazil on October 31, 2018,” WMO said in a statement.

“And the maximum duration of a single lightning strike has been 16.73 seconds of an electric shock that continuously developed over northern Argentina on March 4, 2019,” he added. 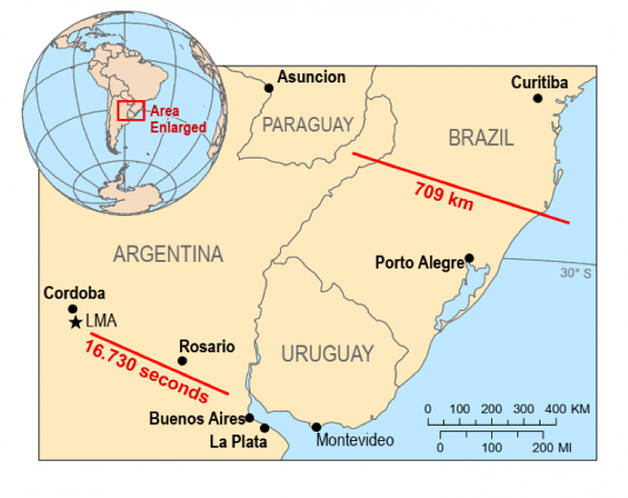 The previous record for the longest detected distance for a single lightning strike was 321 kilometers on June 20, 2007 throughout the US state of Oklahoma. Both the old and new record used the same maximum range methodology. large circle to measure the extent of the beam.

Furthermore, the previous record-breaking duration was for a single lightning that continuously lasted 7.74 seconds on August 30, 2012 over Provence-Alpes-Cote d’Azur, France.

“These are extraordinary records of individual lightning. Measurements of extreme environmental events are living proof of what nature is capable of doing, as well as the scientific advances that have been made in making those assessments possible, “said Professor Randall Cerveny, WMO rapporteur. “And there are likely to be even greater extreme events that we can observe as lightning detection technology evolves.”

“This will provide valuable information for setting limits for lightning scale – including mega-lightning strikes – for the interest of engineering, safety and science in general,” he said.

Lightning is a major threat that takes many lives each year. The new data highlights the importance of safety measures to take in the presence of electrified clouds where lightning can travel long distances. For example, rule 30-30: If the time between lightning and thunder is less than 30 seconds, go cover! And wait 30 minutes after the last observation to resume your outdoor activities.