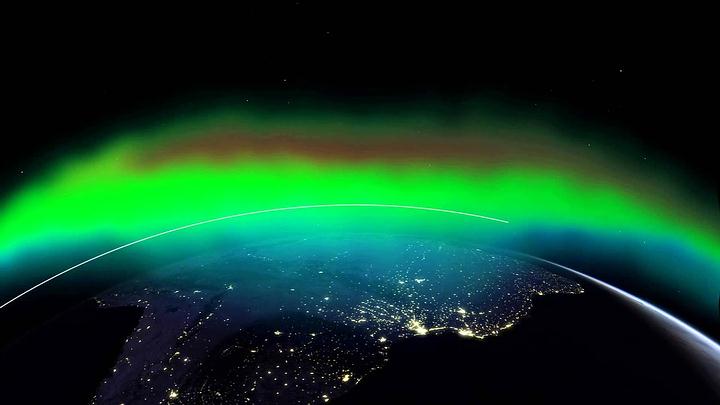 For years, scientists have been puzzled by the existence of a strange anomaly that weakens the Earth’s magnetic field. Located in the South Atlantic, recently has been divided into two and moved more towards South America, which led many to wonder if it was a sign of the possible reversal of the poles. Now, a new study has answered this last question.

The research, conducted by the University of Liverpool in the UK, has ruled out that the phenomenon has anything to do with a future magnetic reversal, and instead has blamed its recent behavior on something even stranger: the anomaly is not an irregularity. recent, but a recurring magnetic phenomenon that has affected the planet before.

“Our study provides the first long-term analysis of the magnetic field in this region that dates back millions of years. It reveals that the anomaly in the magnetic field in the South Atlantic is not a unique anomaly, since a similar one existed between 8 and 11 million years ago”, Yael Engbers says, lead author of the paleomagnetic study.

To investigate the anomaly and its history, Engbers and his team analyzed hundreds of igneous rocks on Santa Elena Island, which is located in the middle of the South Atlantic Anomaly, between the coasts of Brazil and Namibia.

Produced by lava flows from numerous eruptions that occurred millions of years ago, these rocky samples have the magnetic record of when they were created engraved on them.

“When volcanic rocks cool, small grains of iron oxide in them become magnetized and thus safeguard the direction and strength of the magnetic field for that place and time,” explains Andrew Biggin, co-author of the study. “We collected some of these rocks and brought them to the laboratory in Liverpool, where we carried out the relevant experiments to determine what the magnetic field looked like at the time when the eruptions occurred.”

Tests revealed that the directional instabilities and anomalies of the magnetic field in this region millions of years ago were similar to those of today.

According to the researchers, the evidence, therefore, points to the fact that the South Atlantic has historically been “the epicenter of unusual geomagnetic behavior”, and one that appears to be different from magnetic inversions – thus decreasing the probability that it will What we see today is the prelude to a reversal of the poles.

As for the cause of this “failure” in Earth’s magnetic field, scientists are not sure. A previous suggestion points as responsible to a vast region of dense rock, called the African Court Great Speed ​​Province, which sits at the intersection between the core and the earth’s mantle, deep in the planet.

In the new study, the team also cites another hypothesis, which they argue may be part of a “planetary-scale eccentric eddy” in Earth’s outer core, capable of generating strange effects at the core-mantle boundary. .

It is difficult to know if any of these hypotheses is true. But, at least, we now know that the secrets to this rarity in the magnetic field lie very deep and date back much more ancient than previously thought.

The findings have been published in PNAS.