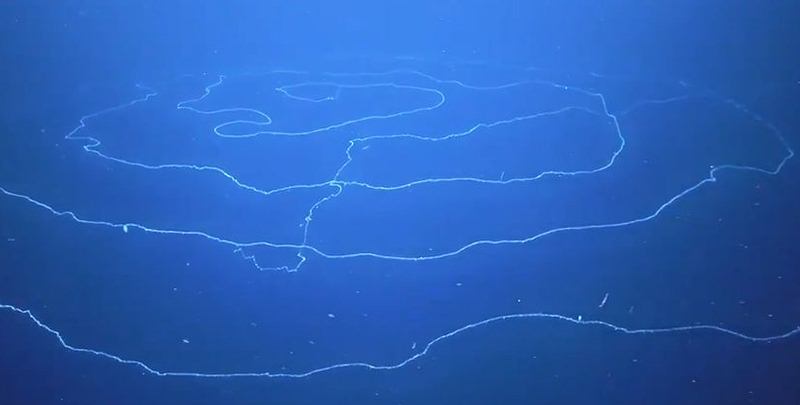 A new video has revealed this huge tentacular formation on the Australian coast that, although it appears and behaves as a single organism, is actually made up of millions of them.

An enormous siphonophore – a marine species related to jellyfish that forms floating colonies with extensive tentacles – was filmed by an expedition from the Schmidt Ocean Institute in the waters of Ningaloo Marine Park, off the western coast of Australia.

The authors of the video estimate that the specimen, belonging to the genus apolemia, reaches 47 meters long and measures 15 meters in the diameter of its outer ring.

“It seems that this specimen is the largest ever recorded, and in a strange pose of feeding similar to a UFO”, they detailed from the institution in the description of the graphic material they shared through Twitter.

The creature “is made of millions of interconnected clones,” said Rebecca Helm, a biologist at the University of North Carolina (USA), commenting on the publication. “There are about a dozen different jobs that a clone can do in the colony, and each specializes in a specific task.” 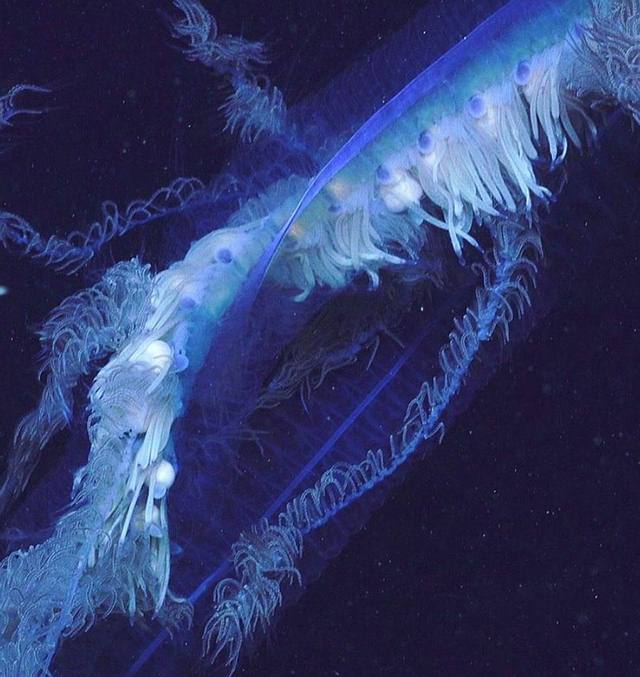 Some of the clones specialize in catching prey. Their slender bodies hang from a single tentacle that functions as a fishing line.

Another of the strange members present in the waters of the park is the transparent head fish (Macropinna microstoma). As its name suggests, it is recognizable by its transparent head full of fluids as opposed to the opacity of the rest of the body. This allows them to sneak among the tentacular zooids and steal their food.

For more amazing creatures living in the deep ocean that siphonophores call home, we recommend watching the following video.