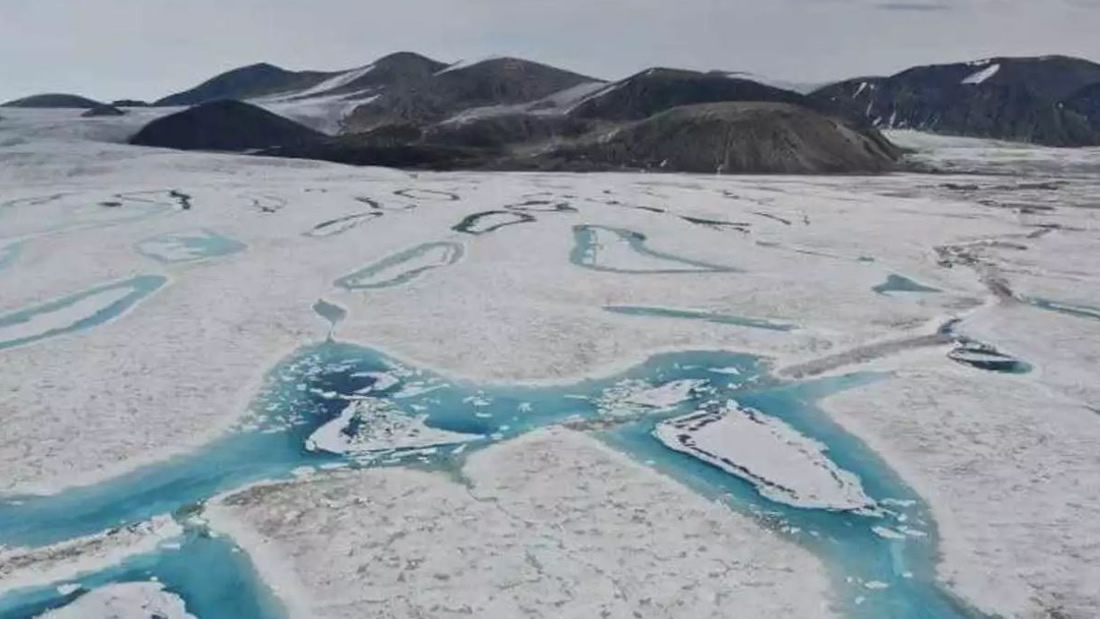 In Canada, the last shelf ice that was intact, just collapsed, forming a iceberg huge.

Much of Canada’s last fully intact ice shelf, about 4,000 years old, has broken off, reducing the shelf by more than half, scientists reported Sunday. After separating, the piece broke in two, forming an iceberg almost the size of Manhattan.

The climate change likely drove the platform’s collapse, the researchers said. This summer, the region’s temperature was 9 degrees Fahrenheit (5 degrees Celsius) warmer than the average from 1980 to 2010, Luke Copland, professor of glaciology at the University of Ottawa, has said to Associated Press.

The Canadian Ice Service, published the next state in Twitter:

“Above-normal air temperatures, ocean winds and open water off the ice shelf are part of the recipe for ice shelf rupture.”

“Whole cities are that size”

Located at the northwestern tip of Ellesmere Island in Canada’s Nunavut Territory, the Milne Ice Shelf likely collapsed on July 30 or 31, according to ice analyst Adrienne White of the Canadian Ice Service.

Satellite images show that about 43 percent of the platform broke, forming pieces up to 80 meters thick.

A huge section of the Milne #IceShelf has collapsed into the #Arctic Ocean producing a ~79 km2 ice island. Above normal air temperatures, offshore winds and open water in front of the ice shelf are all part of the recipe for ice shelf break up. #MilneIceIsland #Nunavut #seaice pic.twitter.com/fGfj8Me9tA

“Whole cities are that size. This was the largest intact ice shelf left and it has basically disintegrated. “

Unlike glaciers, which sit on land, ice shelves float on the ocean. They are usually hundreds or thousands of years old and thicker than sea ice. Before Milne’s ice shelf broke, it was bigger than DC.

Temperatures rise faster in the Arctic

The Arctic is warming much faster than the rest of the world, a phenomenon known as polar amplification, and those high temperatures are causing the ice to melt. Today, for example, the polar ice caps are melting six times faster than in the 1990s.

In Canada, there used to be a continuous ice shelf that stretched up the north coast of Ellesmere, but man-made warming has caused it to break apart, White said.

In 2005, Milne was “really the last complete ice shelf”, said to Associated Press.

While the scientists deemed Milne less vulnerable to collapse as it is protected in the Milne Fiord, the platform has suffered from cracks over the years.

Advertisement. Scroll to continue reading.
In this article:Canada, Milne Fiord