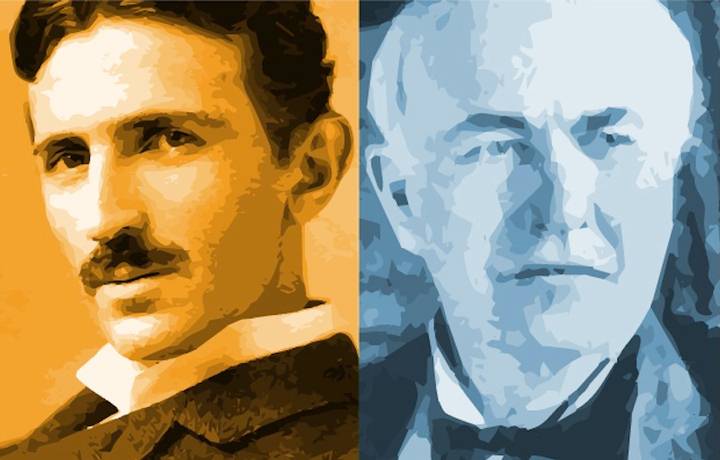 Among science lovers, few debates generate more heat and controversy than one that compares Nikola Tesla to Thomas Edison. Who was better of the two? Here are some points that can help you lean towards one or the other.

This week, on July 10, was another anniversary of the birth of Serbian genius Nikola Tesla, whose inventions enabled and inspired today’s mass communication systems. His nemesis, the American Thomas Edison, was also a renowned inventor, who among other things brought us the light bulb, the phonograph and the movies. Both starred in the so-called “War of the Currents” in the 1880s to decide which electrical system would light the world: Tesla’s alternating current (AC) or Edison’s continuous (DC).

“They are different inventors, but you really can’t say which one was better, because American society needs some Edisons and some Teslas,” explains W. Bernard Carlson, author of Tesla: Inventor of the Electrical Age (Princeton Press, 2013).

From their starkly different personalities to their legacies, the duel between the two would be something like the following.

Who was the smartest?

Tesla had an eidetic memory, which means he had the ability to remember images with very precise levels of detail, without the need to use mnemonics. This allowed him to visualize intricate three-dimensional objects, and consequently, he could build functional prototypes using very few preliminary sketches.

“He really put his inventions together in his imagination,” says Carlson.

In contrast, Edison was more of a sketcher and a repairman of things. “If you went to the laboratory and watched him work, you would surely find that he had things scattered all over the place, such as cables, coils and various parts of his inventions,” imagines the author. 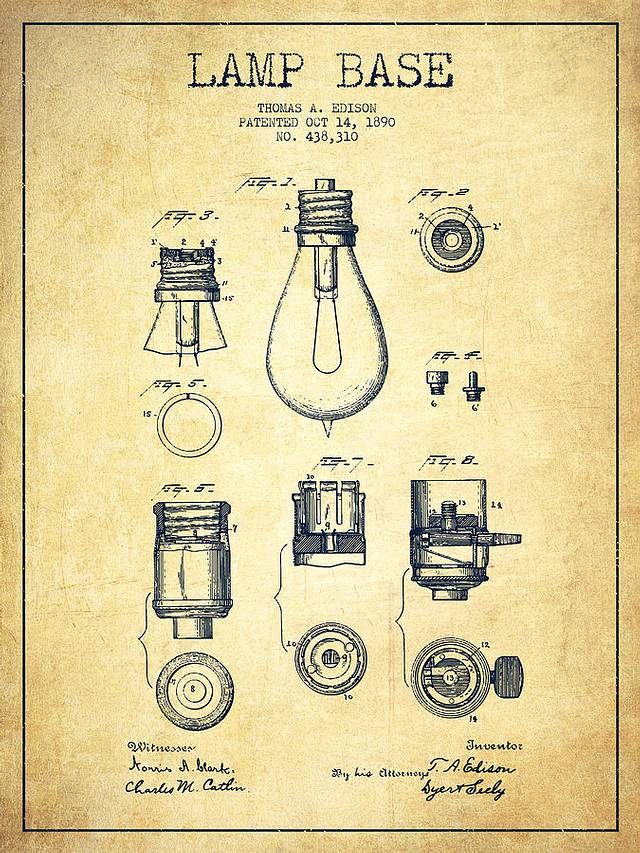 Drawings in the Edison patent for the base of a lamp, 1890

At the end of the day, however, Edison obtained 1,093 patents, as recorded by the Thomas Edison National Historical Park. Tesla, on the other hand, obtained less than 300 worldwide. (Of course, the American had more people who helped him conceive his inventions and also who bought his patents.)

Who was the most innovative?

“Even though the light bulb, the phonograph, and the movies are touted as Edison’s greatest inventions, other people were already working on similar technologies,” says Leonard DeGraaf, archivist at Thomas Edison National Park in New Jersey and author of Edison and the Rise of Innovation (Signature Press, 2013). “If Edison didn’t invent those things, other people would have done it the same way.”

With poor vision of the future, Edison discarded the “impractical” idea of ​​Tesla’s alternating current system, and preferred his simpler but less efficient direct current system instead. 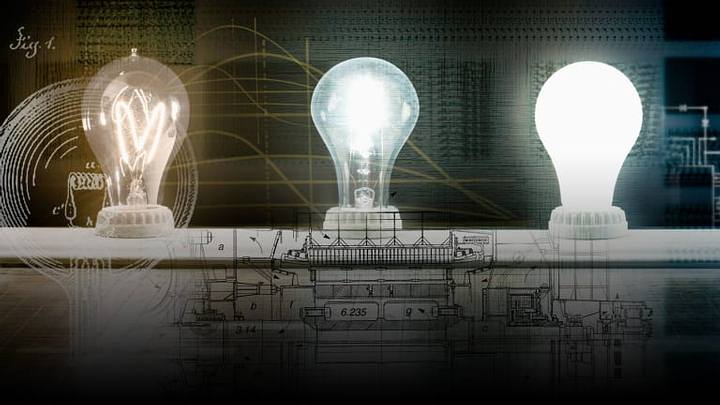 WAR OF THE CURRENTS: In an environment of fierce commercial competition, a public debate on electrical safety was launched, accompanied by propaganda campaigns in the media. The direct current (DC) systems of the Edison Company and alternating current (AC) of the Westinghouse Electric (Tesla), with their respective advantages and disadvantages, became the protagonists of the confrontation between companies

In contrast, Tesla’s ideas were often cutting edge, ahead of their time, and usually did not have an established market around them. Its AC motor and Niagara Falls hydroelectric plant – one of the first of its kind – really electrified the world.

The Serbian also spent years working on a system designed to transmit voices, images, and movies; what make him a true visionary and father of radio, telephone, smartphones, and television. For sample, the following quote is enough:

“When we are able to perfectly apply wireless technology, the entire Earth will become a huge brain (…) We will be able to communicate with each other instantly, regardless of distance. Not only that: through television and telephony we will be able to see and hear each other as perfectly as if we were face to face, even if a distance of thousands of kilometers intervenes. And the instruments through which we can do this will be incredibly simple compared to our current phone. A man may carry one in his vest pocket.

Unfortunately, this and other visions of Tesla could not materialize due to the fact that its great sponsor, JP Morgan, refused to give him sufficient funds.

Who had the biggest impact?

Edison’s most enduring legacy is not in any specific patent or technology, but in his inventive factories, which divided the innovation process into small tasks that were carried out by legions of workers.

“For example, Edison had the idea for the movie camera, or for the kinetoscope of a talk he had with photographer Edward Muybridge, and then he let most experimentation and prototypes fall into the hands of his assistant William Dickson and others. . By having multiple patents and inventions running in parallel, Edison, in return, ensured that his assistants had a stable financial position and continued to work for him,” DeGraaf explains. 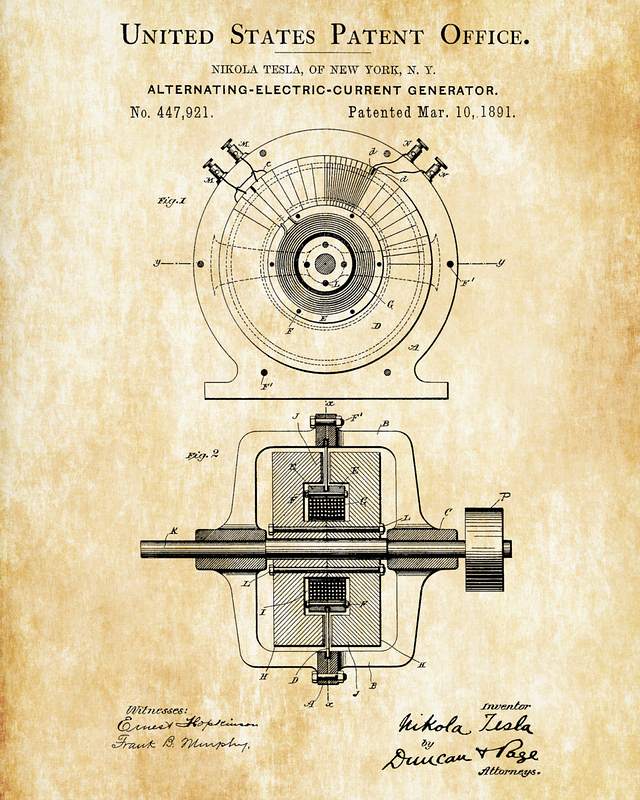 “He invented modern innovation as we know it.”

Tesla’s inventions, despite being the backbone of modern power and communication systems, faded into obscurity during the 20th century, when most of his inventions were forgotten. And despite its many patents and innovations, Tesla died evicted in 1943.

Who was the best dinner guest?

At the peak of his career, Tesla was charismatic, urban, and witty. He spoke several languages ​​and had influential friends such as the writers Mark Twain and Rudyard Kipling, or the naturalist John Muir. In short, he moved easily between The best.

Tesla was also a compulsive obsessive and a hygiene freak. One of his rarest TOCs was his fear or revulsion at the rings in women’s ears. But hey … no one is free from particular disorders.

Edison, meanwhile, was hard of hearing and an introvert, with few close friends

The American inventor also had great malice, which was amplified by his aggressive attacks on Tesla during the so-called War of the Currents. Likewise, he was one of the advisers behind the application of direct current in the first electric chair, not noticing details about the techniques required for execution.

Who was more fashionable?

“Tesla was tall, slim and imposing, with an elegant mustache and an impeccable sense of style,” remarks Carlson. “His hat and outfit are even on display in a museum in Serbia.” 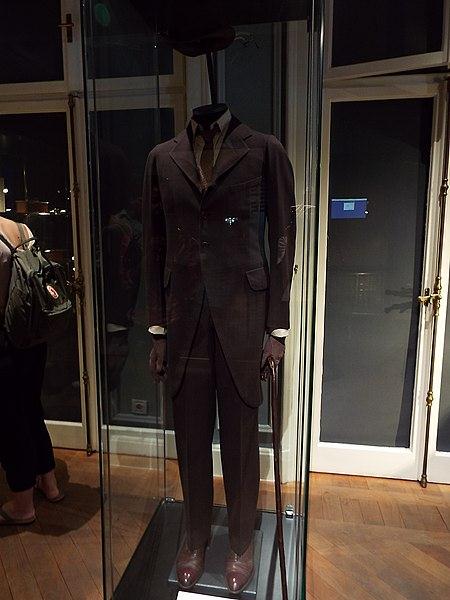 Tesla’s suit on display at the Nikola Tesla Museum in Belgrade, Serbia

In contrast, Edison was known to be a bit scruffy.

“We’re not really interested in seeing what Edison was wearing, because it’s a very forgettable thing,” says Carlson. “She even wore shoes that were two sizes larger so she could put them on quickly without the need to bend down to untie the laces.”

In this article:Nikola Tesla, Thomas Edison