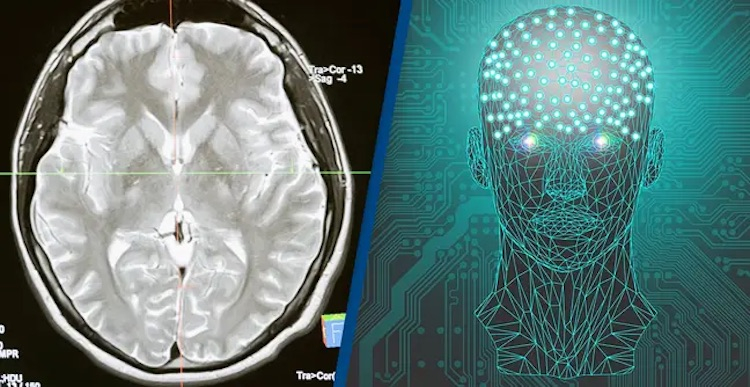 A few months after Elon Musk presented a working prototype of the Neuralink chip implanted in a pig’s brain, experts from Brown University in Rhode Island (USA) established a wireless connection between a computer and a human brain.

In the study, two paralyzed men, aged 35 and 63, who had previously suffered spinal cord injuries, used the BrainGate system with a wireless transmitter to select an object and enter text on a regular tablet computer.

The system, described in the journal IEEE Transactions on Biomedical Engineering, uses a small transmitter that weighs just over 40 grams and is attached to the head. The transmitter unit is connected to an electrode matrix implanted into the motor cortex of the brain through a port that is used in similar wired systems.

Scientists claim that they were able to achieve the same accuracy and data transfer rate as when using wired equipment. BrainGate technology is reported to function autonomously for up to 24 hours, allowing the brain-to-computer interface (BCI) to be used even while sleeping. This will allow scientists to collect more data to study.

Scientists note that the only difference between the wireless interface and the previously used systems is that a person no longer needs to be tied to stationary equipment, which opens up new possibilities in terms of using the system.

Scientists are confident that thanks to the new interface, they will be able to observe the brain activity of people over a long period of time, which was almost impossible before. In the future, this will help to develop decoding algorithms, which will  significantly expand the possibilities for people with paralysis.

The Neuralink company, posted a video on the Web, the main character of which was Pager, a nine-year-old microchipped macaque monkey.

The monkey is playing the video game Pong, according to the rules of which the ball must fly to the opponent. A neural chip that was implanted into the brain of the macaque six weeks earlier, helps her work it out.

After the operation, Pager was taught to use a joystick, motivating her with a banana smoothie that the animal drank through a tube.

While the macaque was playing, the developers were collecting data on the actions of the animal’s hands. After that, the data was put into a decoding algorithm and they were able to create a connection diagram between the patterns of activity of neurons in the brain and the movements of the joystick leading to them.

So scientists were able to predict what the monkey would do in reality.

Pager uses the joystick for the first part of the video, and continues to do so after turning it off.

At the end of the video, the joystick was physically removed, but the animal continued to repeat the movements of the hands, and thus activate neurons and control what is happening on the screen.

“The monkey is literally telepathically playing a video game using a chip embedded in the brain !!… Our monkey will be on Twitch and Discord soon haha,” the messages read.

It is known that Neuralink’s goal is to help people who have suffered from brain and spinal cord injuries. Musk expects that the implantation of the chip will give them a chance to restore the lost body functions.

In this article:BrainGate technology, Neuralink