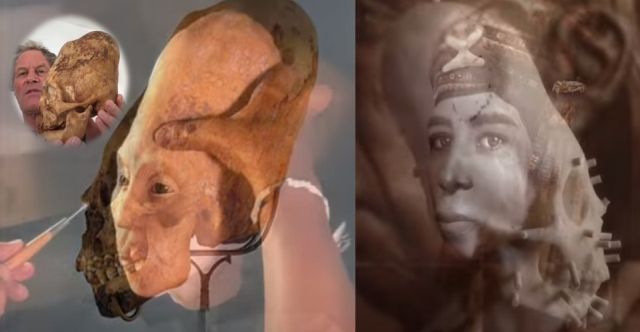 The puzzle of why many ancient peoples, even in remote Pacific islands, wore bandages on their heads to make their skulls elongate is still a mystery. This cultural practice can be traced back to mysterious ancestors with very complex genetic origins.

On the coast of Peru, mysterious people appeared about 3,000 years ago and disappeared 1,000 years later. Today we know them as Paracas, an Inca term to describe the area where about 1,500 years later the Paracas were no longer present.

The deformation of human skulls was a phenomenon that existed on all inhabited continents, and especially this case dates from about 2,000 years ago among the elite of societies.

In general, these were the elites of a society and cranial deformation was performed on newborns to make them look different from the general population. In Peru and Bolivia, there were many societies with elongated heads, including the Inca royal family.

Are they some kind of elite race that roamed the entire planet? Why do anthropologists rarely talk about cranial deformation and know so little about it?

But now the recent DNA tests of the first Paracas indicate that they were not from Peru and that, in fact, they were not Homo sapiens.

In this article:Elongated Skulls, Paracas