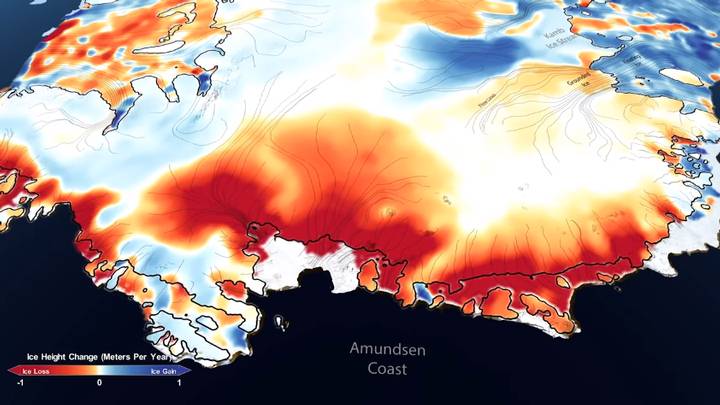 The loss of ice in Antarctica and Greenland represents more than one centimeter of elevation of the seas between 2003 and 2019.

Using NASA satellites and laser altimetry, scientists have managed to make precise and detailed measurements, the results of which show that the polar landscape is changing.

“We now have a 16-year gap between the ICESat and ICESat-2 satellite and we can be much more confident that the changes we are seeing on the ice have to do with long-term changes in the climate,” explained the author. study principal Benjamin Smith.

In Antarctica, for example, measurements showed that the ice sheet is thickening in the interior parts of the continent as a result of increased snowfall. However, massive ice losses on the continental margins seem to completely overshadow the above, especially in West Antarctica and the Antarctic Peninsula, where ocean warming is taking its toll. 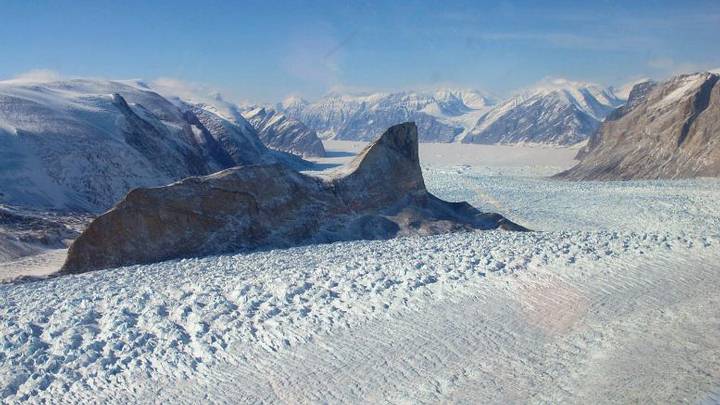 In Greenland, on the other hand, coastal glaciers suffered a large reduction. Warmer summer temperatures have melted the ice from the surface. The Kangerdulgssuaq and Jakobshavn glaciers, for example, have lost between 4 and 6 meters of elevation per year; its basins around 16 and 14 gigatons per year, respectively.

“The new analysis reveals in unprecedented detail the response of ice sheets to climate change, giving us clues as to why and how they react the way they do,” said Alex Gardnet, glaciologist at the Jet Propulsion Laboratory at NASA in California and co-author of the study published in Science.

The study also examined ice shelves – the floating masses downstream from glaciers. “These platforms, which rise and fall with the tide, can be difficult to measure,” said Helen Amanda Fricker, a glaciologist at the Oceanographic Institution at the University of San Diego and another of the authors. “Some of them have irregular surfaces, with cracks and ridges, but the precision and high resolution of ICESat-2 allowed us to measure their general changes.

The researchers found that the platforms are losing mass in West Antarctica, where many of the moving glaciers are located. There, the patterns of decrease in ice thickness show that the Thwaites and Crosson platforms are the most affected, losing an average of 5 and 3 meters of ice per year respectively. 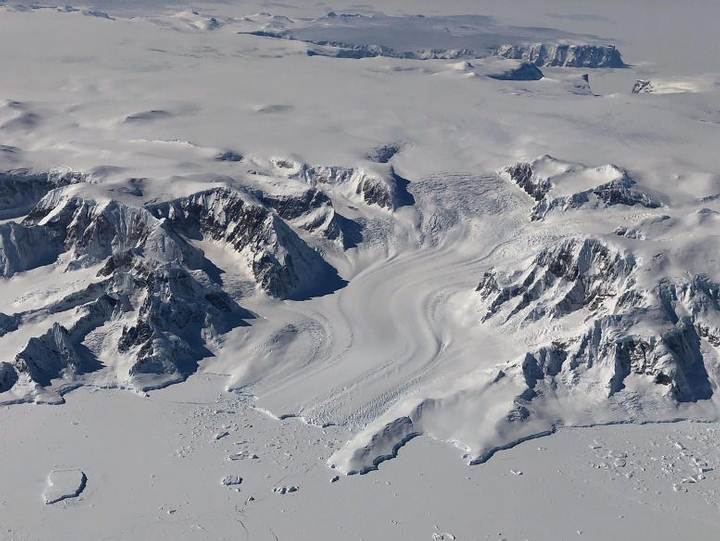 The ice that melts from these platforms does not raise the level of the seas, since they are already floating — like an ice cube in a full glass that does not make the water overflow when it melts. However, it does provide stability to the glaciers and ice sheets behind it.

“It is like an architectural retaining wall supporting a cathedral,” said Fricker. “Ice shelves hold the layers in place, so as their thickness decreases or disappears, the containment force that prevents ice on the surface from flowing fast is also reduced.”