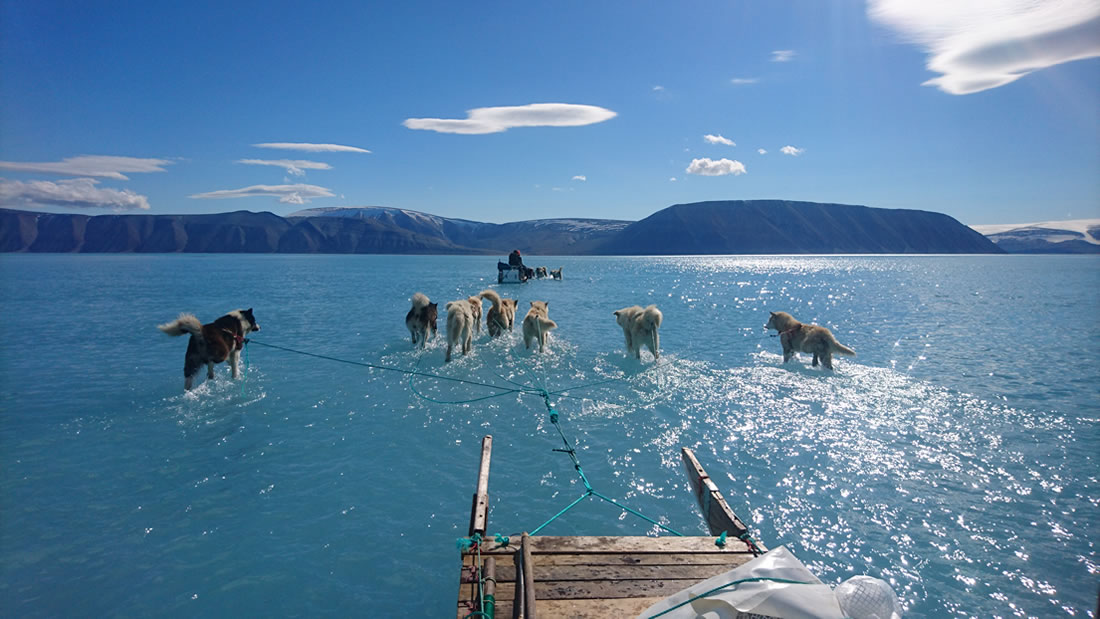 While the entire world only pays attention to the COVID-19 pandemic or coronavirus It seems that warnings of global warming have been forgotten or left in the background.

However, recent reports show that the situation is much more serious than we expected. Only in Greenland, 600 billion tons of ice were lost last summer, an almost unimaginable amount.

It is sad and depressing to think of such a huge number, billions of tons of ice that were once part of glaciers for thousands of years and that now end up melting in the oceans.

During the past arctic summer (2019), Greenland lost enough ice to raise the sea level by 2.2 millimeters in just two months. Although much of that water is expected to become ice in winter, the defrost rate is a strong concern.

Billions of tons of ice lost

An investigation recently carried out by the University of California, Irvine (UCI) and NASA used satellite measurements to assess the thickness and extent of ice sheets in Greenland and Antarctica.

Furthermore, the figures suggest that the melting rate of ice also appears to be increasing, revealing losses last summer in Greenland that are more than double the annual average between 2002 and 2019.

Isabella Velicogna, main scientist of the project in the Jet Propulsion Laboratory NASA professor at UC and lead author of the research, said in a statement:

We knew that last summer had been particularly warm in Greenland, melting every corner of the ice sheet. But the numbers really are huge. “

If the situation in Greenland is serious, Antarctica It’s much worse. That part of the world continues to lose ice, especially on the Amundsen Sea Reservoir and the Antarctic Peninsula in the western part of the continent.

In Antarctica, the loss of mass in the west continues unabated, which will lead to an even greater increase in sea level rise. But we also see a mass gain in the Atlantic sector of East Antarctica caused by an increase in snowfall, which helps to mitigate the huge increase in mass loss that we have seen in the last two decades in other parts of the continent. ” .

The data was obtained through the satellite mission Gravity Recovery and Climate Experiment (GRACE) and its successor, GRACE Follow-On.

GRACE maps subtle variations in Earth’s gravity field, indicating how mass is distributed around the planet and how it changes over time. Until now, mission data has been used to obtain unprecedented information about the planet’s oceans, geology and climate, and as this note indicates, Earth’s ice sheets.

The research findings have been published in Geophysical Research Letters.

In this article:global warming, Greenland