According to an advance that the space agency has sent us, the announcement will take place next Monday, October 26.

Interestingly, the new results are courtesy of the Stratospheric Observatory for Infrared Astronomy (SOFIA). It is the largest aerial observatory in the world, and is actually a NASA Boeing 747SP aircraft modified to carry a 2.5-meter reflecting telescope built by the German space agency DLR.

Unlike telescopes on the Earth’s surface, SOFIA flies at an altitude of between 11 and 13 kilometers, in the stratosphere of our planet. There, the observatory can soar above 99 percent of the atmosphere blocking infrared wavelengths, allowing the infrared universe to be studied (between lengths of 0.3 and 1600).

It’s certainly a busy plane. SOFIA instruments have previously detected oxygen in the Martian atmosphere and ice hydride molecules in the planetary nebula NGC 7027 – hitherto undetected in the natural world. Its numerous infrared measurements have also helped shed some light on exoplanetary collisions and the heart of our and other galaxies. 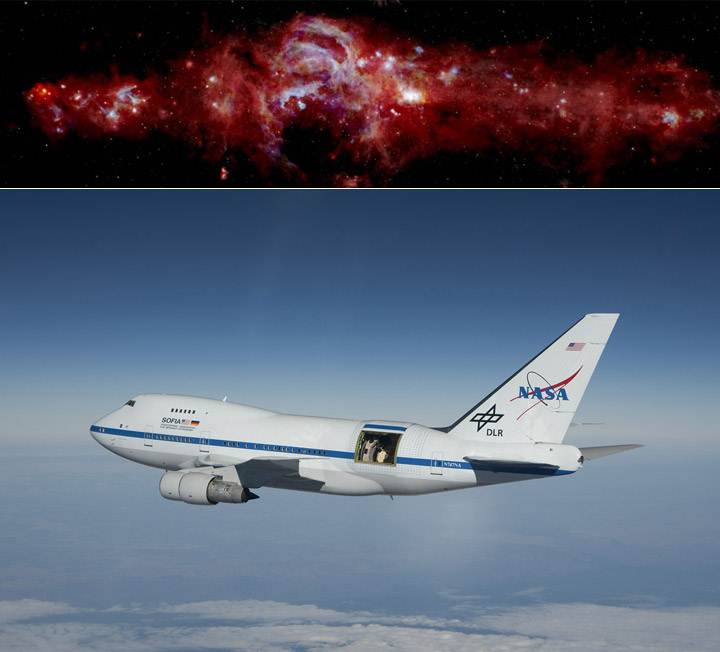 Above: Center of the Milky Way in infrared. Bottom: SOFIA Boeing 747SP

This time, the observatory has turned its gaze to something closer to home. “The new discovery is in line with studies of the Moon intended to facilitate future colonization under the Artemis program,” the agency said in a statement.

Speakers at the informational press conference include SOFIA mission scientist Naseem Rangwala of the Ames Research Center, and Jacob Bleacher, chief of NASA’s Directorate of Human Exploration and Mission Operation.

The announcement will be broadcast live on NASA TV next Monday, October 26 at 12:00 pm EDT.