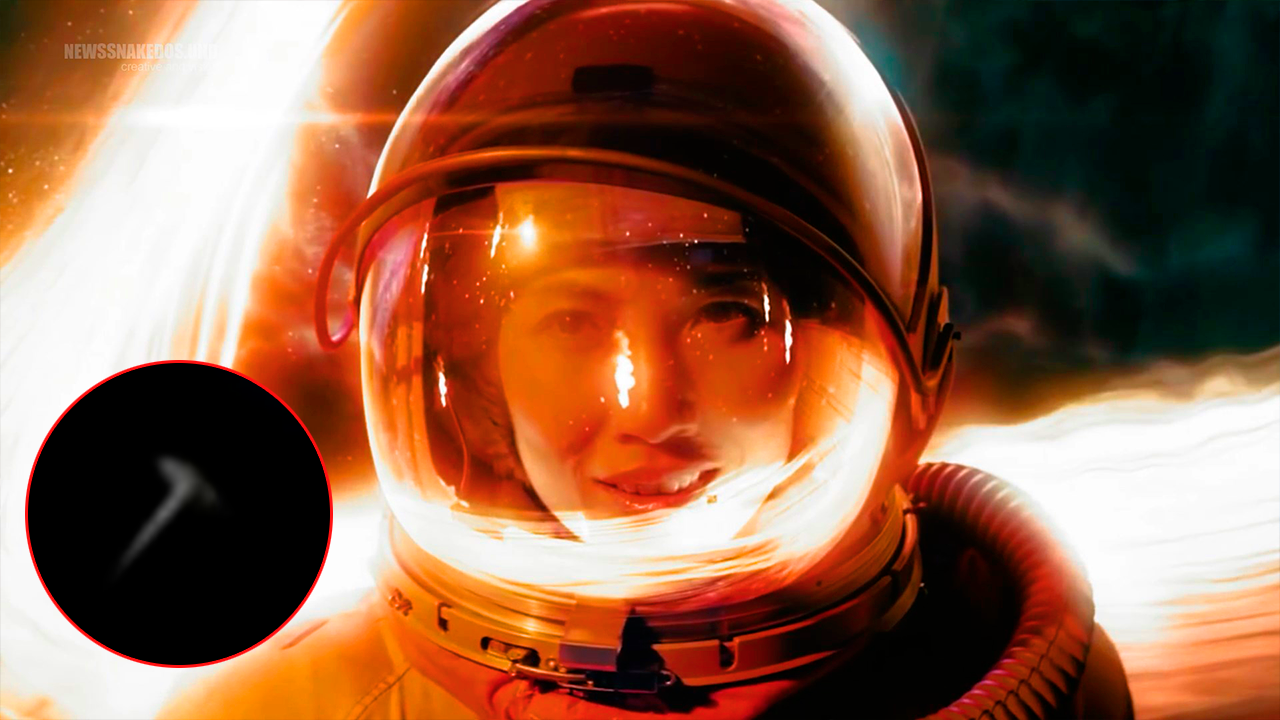 Is this a star portal in Earth’s orbit? Credit: NASA

A new anomaly has been recorded by avid space “hunters”. This time it is a strange phenomenon in space, which closely resembles a “star portal.”

On January 20, while a viewer watched the live broadcast of NASA from outside the International Space Station (ISS), a rare phenomenon appeared a short distance away.

In the background, in the orbit of the Earth, a «T» shaped anomaly appeared before the cameras and had a short duration, approximately a few seconds.

Often, patient ‘anomaly hunters’, capture phenomena that occurred in space, watching live broadcasts from NASA. Many of these oddities are presented as possible ships or UFOs; however, this time seems to escape that alternative.

The anomaly appeared this time has a “T” shaped appearance. It is captured in the background, behind the ISS, and moments later it simply vanishes. Does it remind you of something? Is it possibly another enigma such as a star portal or star gate.

A stellar portal in Earth’s orbit?

The strange event occurred during the spacewalk held on January 20 (2020) of the astronauts Christina Koch and Jessica Meir.

While the viewer who reported this incident was watching Meir walking through the ISS lock, he said he noticed something strange in the lower right corner of the screen.

According to the witness, the anomaly remained stable on the screen for approximately three seconds, until it simply “fired”, as indicated. However, watching the video does, it does not seem to accelerate, but to fade out gradually until it disappears.

The viewer tried to explain the incident with many logical alternatives, such as: crossing one of the cables, or one of the tools used by astronauts; However, none of these options seemed to be related to what happened.

The witness realized that the anomaly was not related in any way to the ISS or the astronauts, and that the fact that it would disappear only increases the mystery in this case.

The mysterious “T” shape, its structure (which does not resemble something solid) and its imminent disappearance, has led to think of a rather bizarre, but of course, possible alternative: a star portal.

It can be seen that the anomaly has a ellipse shape and on the left something that seems to escape or enter, that seems to leave a wake behind it

This recent event is reminiscent of news spread over two years ago, which reported the detection of hidden magnetic portals. Although this does not confirm that the recent fact is precisely a portal, it does provide important data to raise this possibility.

And if it really is a portal … What could it be used for? Is it our technology or alien technology?