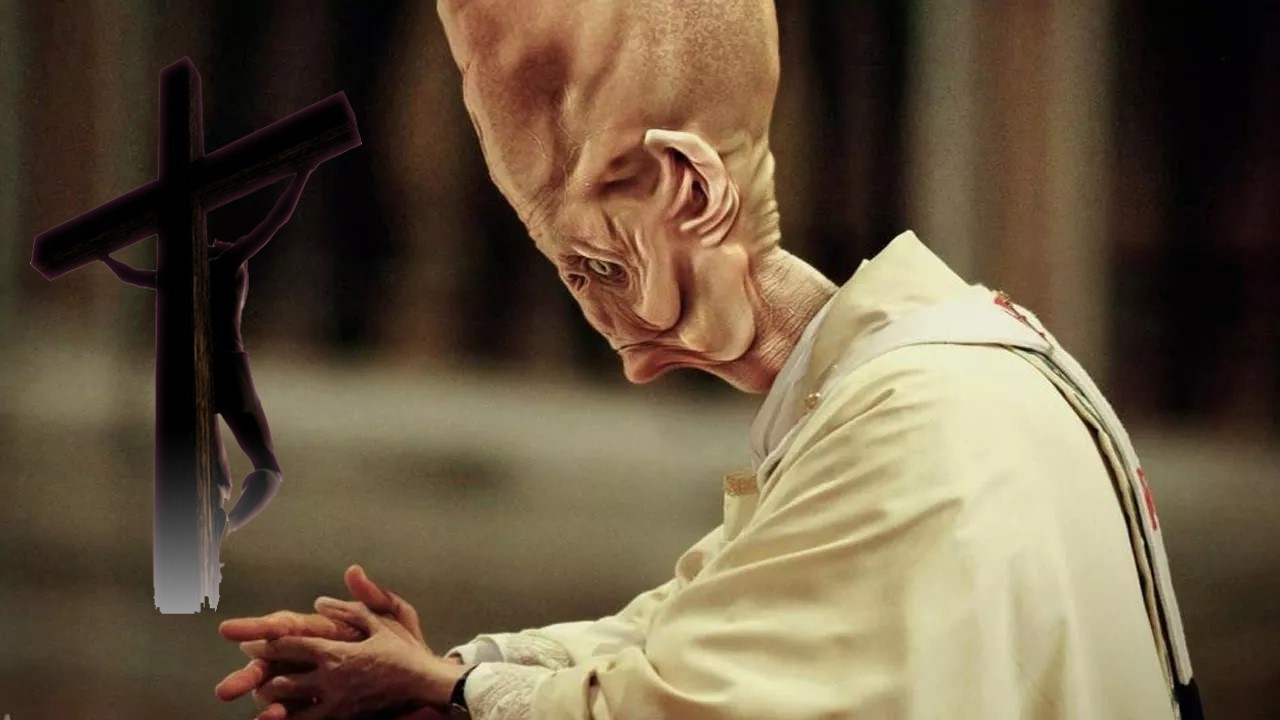 Secrecy has been installed in the Vatican for centuries. The largest repository of documents is hidden in the Vatican’s Secret Archives.

There are seventeen million pages of documents, corresponding to a period of twelve centuries, in more than 85 kilometers of shelves.

Next to the Apostolic Library and just north of the Sistine Chapel, the Vatican’s secret archives are undoubtedly one of the most incredible historical document archive that exist in the world today.

The secrecy surrounding these writings has given birth to multiple conspiracy theories. The most widespread is that the Vatican knows the existence of extraterrestrial life.

Even when Cardinal Conrado Balducci commented, more than 15 years ago, that at least his experience told him that the presence of intelligent beings in the Cosmos was “inevitable,” he spoke not only as a man of the Church.

He did it in his capacity as a recognized exorcist and expert in “demonology”, who has written, with the consent of Pope John Paul II, two books on Satan and made public statements where he states that:

“We must emphasize that meetings with aliens are NOT demonic, these are NOT due to psychological deterioration, these are NOT a case of possession of entities, however these meetings deserve to be carefully studied.”

“It is reasonable to believe and be able to affirm that aliens exist,” he said. Their existence cannot continue to be denied, because there is a lot of evidence about them and the flying dishes.”

In an interview, Balducci said: “Remember a paragraph of the New Testament where the St. Paul refers to Christ as King of the Universe, and not only as King of the world.”

“That means that all beings in the Universe, including aliens, are reconcilable with God.” Nominated in the Vatican as “Father of Honor”, since 1964, Balducci is an official member of the Pope’s family.

Before and after, there were many priests who made public statements in that regard but, certainly, none of them had had global relevance, at least not the one that acquired Balducci’s words, given his prominent investiture.

And, equally suggestively, it is worth noting here that the prelates who always, more – or less – discreetly demonstrated their interest in the possibility that we were not alone in the Universe, were the Jesuits. The same prelature of the current Pope Francis, coincidentally.

For many years now, the Vatican has installed VATT (acronym for astronomical and radio telescopes) in different parts of the world.

In reality, they are only a dozen, spread over the earth’s surface. And strangely, the one located in the United States is equidistant from two leading places in UFO folklore:

Roswell and Area 51 (where it is claimed that the US armed forces hide material from sinister alien spacecraft as they are experimenting with “reverse engineering”, that is, the use of non-human technology.

As if that were not enough, he financed and co-designed, together with the NSA, the SkyHole 12, a “space telescope”, twin of the famous Hubble, but, unlike this –mega promotion- that one is totally secret.

Both the Vatican and the NSA – which seems an unusual mixture – operate it jointly, and it is convenient to know that the SkyHole both directs its lenses to the earth’s surface – to obtain images of incredible proximity for military and espionage purposes – and towards deep space.

Undoubtedly, we believe, the NSA is interested in the first of these applications. Which one will be of interest to the Vatican?

It is rumored insistently in scientific fields, that for 10 years the Vatican has an orbiting surveillance satellite called “Siloe project”:

Siloe was the name of the bronze pool next to which Jesus laid his hands for “early warning” in case of approaching extraterrestrial ships.

If so, once again reality surpasses fiction, since we can only remember the SID, the surveillance satellite of the secret Shadow organization, in the British TV series UFO, held in Earth orbit …

On February 12, the conference will be held under the title: The universe and possible encounters with other civilizations.

As of March 2, 2020, the Vatican will allow several researchers from many countries to access information from the end of the pontificate of Pope Pius XII, that is, from the year 1958 to the present day.

It is considered one of the most important historical collection centers in the world. It has about 150 thousand documents, 650 different archives in an extension of 85 linear kilometers of shelves, of which it is said, would allow to know 8 centuries of history.

Everything suggests that there may be an opening for the revelation of the existence of extraterrestrial life in the universe, and possibly in our world. Do you think the information they will reveal will reveal what we all expect?

Advertisement. Scroll to continue reading.
In this article:evidence of extraterrestrial life, Vatican archive